Everything a UPSC aspirant need to know bout the Kartarpur Corridor 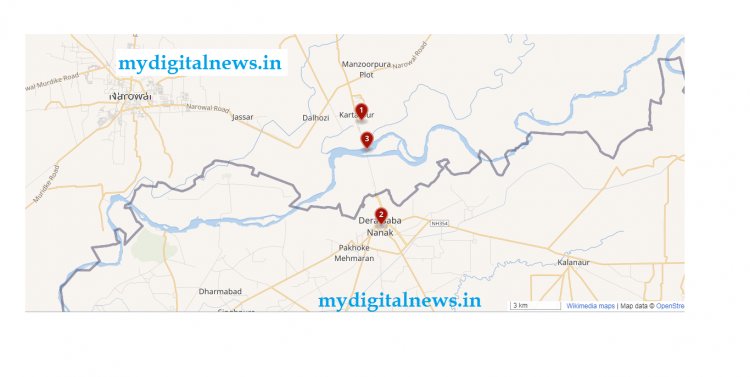 What is the Kartar Pur corridor?

What the Proposals for similar corridors?

What is the registration process for Kartar Pur Corridor?

The Kartarpur Corridor is a visa-free border crossing and corridor, connecting the Gurdwara Darbar Sahib in Pakistan to the border with India. The crossing allows Sikh devotees from India to visit the gurdwara in Kartarpur, 4.7 kilometres (2.9 miles) from the India–Pakistan border on the Pakistani side without a visa.

However Pakistani Sikhs are unable to use the border crossing, and cannot access Dera Baba Nanak on the Indian side without first obtaining an Indian visa or unless they work there.

The Kartarpur Corridor was first proposed in early 1999 by Atal Bihari Vajpayee and Nawaz Sharif, the prime ministers of India and Pakistan respectively, as part of the Delhi–Lahore Bus diplomacy. On 26 November 2018, the foundation stone was laid down on the Indian side; two days later, on 28 November 2018, Pakistani Prime Minister Imran Khan did the same for the Pakistani side. 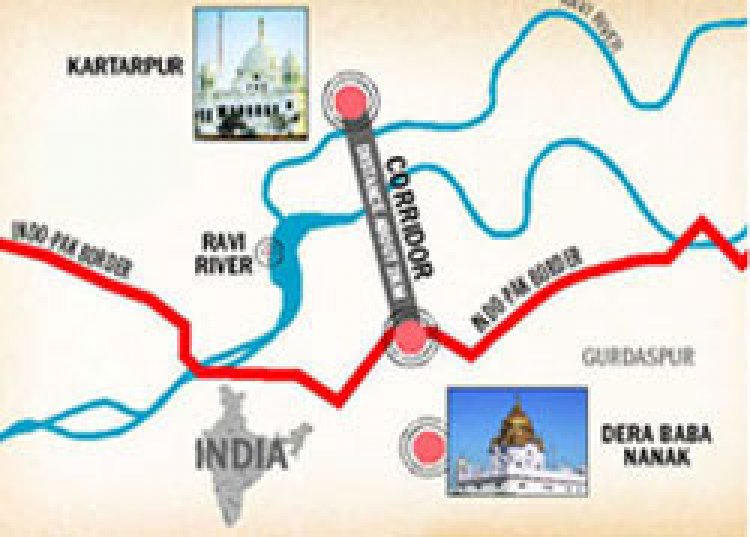 The corridor was completed for the 550th birth anniversary of Guru Nanak on 12 November 2019. Khan said "Pakistan believes that the road to the prosperity of region [sic] and bright future of our coming generation lies in peace", adding that "Pakistan is not only opening the border but also their hearts for the Sikh community".

Indian Prime Minister Narendra Modi compared the decision by the two countries to go ahead with the corridor to the fall of the Berlin Wall in November 1989, saying that the project could help in easing tensions between the two countries.

Previously, Sikh pilgrims from India had to take a bus to Lahore to get to Kartarpur, which is a 125 kilometres (78 miles) journey, even though people on the Indian side of the border could also physically see Gurdwara Darbar Sahib Kartarpur from the Indian side, where an elevated observation platform was constructed.

There are several other proposals for opening similar visa-free corridors to Sikh religious and historic places that are situated within 4 kilometres of international borders.

Registration process: It is a visa-free travel corridor but an Electronic Travel Authority document known as ETA is required, which can be obtained by registering an application at the online website of the Indian Government. Even with a USD$20 fee waiver for all for two days I.e. November 9 and 12, the initial turnout was low due to the complicated booking process and the fact that many Indian citizens lack passports.

Aam Aadmi Party, BJP Indore MP Shankar Lalwani, The former DSGMC president and SGPC demanded that the Government of India simplify the process. Important conditions of travel include: Only Indians resident or overseas citizens can travel by corridor, Pakistanis cannot.

Children or aged persons of all ages can register to apply. After 15 days of travel by the corridor, another registration can be done for the second visit. Registration can only be done online at the above-mentioned website of the Indian Government.

Lahore-based historian, Fakir S. Aijazuddin, characterised it as a "unique experiment" in cross-border ties between India and Pakistan. He claimed that the universality symbolised by Guru Nanak can bring the people of all religions together. The corridor has been described as Guru Nanak's legacy project depicting his way of living life and regarded as a 'heartwarming' exchange between both Punjabs.

A special episode was dedicated to the Kartarpur Corridor in the Hindi TV serial Kullfi Kumarr Bajewala.

Sunny Deol stated that Kartarpur Sahib Corridor will help maintain peace between India and Pakistan. Many Sikh pilgrims praised Pakistani PM Imran Khan and former Indian Punjab minister Sidhu, whom they gave credit for the corridor's opening. The State Department of the United States also welcomed the opening of the corridor.

In November 2019, Indian intelligence reported that they spotted alleged terrorist training camps in the Narowal district where the gurdwara is located.[89] The Foreign Office of Pakistan rebutted the Indian claims as baseless propaganda. In 2019, in a highly criticized act, the Pakistan army placed an unexploded bomb on display inside the Kartarpur Sahib Gurudwara premises with an accompanying banner alleging that the Indian Air Force had dropped this bomb during the 1971 Indo-Pakistani war on the gurdwara in an attempt to destroy it. The Sikh pilgrims voiced their sentiments against any "dirty politics" in the name of the Guru.

In August 2018, Indian Punjab tourism minister Navjot Singh Sidhu attended the Pakistani prime minister Imran Khan's inaugural ceremony where he was told by the Pakistan Army chief Qamar Javed Bajwa of Pakistan's willingness to open the Dera Baba Nanak–Kartarpur corridor on Guru Nanak's 550th birth anniversary. Given the clear time frame, this set the ball rolling. In August 2018, another resolution related to the corridor in the Indian Punjab Vidhan Sabha was moved by chief minister Amarinder Singh, which was passed unanimously.

The Pakistani foreign minister S. M. Qureshi responded by tweeting that Pakistan had "already conveyed to India" that it would open a corridor. In August 2019, India and Pakistan agreed to allow visa-free travel of Indian citizens to Kartarpur, but differences persisted about Indian consular officers being located at the site.

On 24 October 2019, S.C.L. Das, Joint Secretary (Internal Security) in the Union Home Ministry from India and Pakistan Foreign Office Director-General South Asia and SAARC Mohammad Faisal met at Zero Point near Dera Baba Nanak in the border town of Gurdaspur to ink the memorandum of understanding. The signing of this agreement has paved the way for 5,000 Indian pilgrims to visit the holy site without a visa on a daily basis. Under the agreement, the pilgrims would come in the morning and return in the evening after visiting Gurdwara Darbar Sahib.

Each visitor would be required to pay USD $20 as a service charge, which as per Pakistan Foreign Office's DG South Asia & SAARC Mohammad Faisal, would only cover one-third of the current operational cost. India however, had urged Pakistan to waive off the fees for pilgrims. In response, on 1 November 2019, Pakistan's prime minister Imran Khan announced on Twitter that Sikh pilgrims coming from India for a pilgrimage to Kartarpur will not be charged any fee on the day of inauguration and on Guru Nanak's 550th birth anniversary on 12 November 2019.

The Pakistan government as a "special gesture" had also waived off the passport requirement for Kartarpur pilgrims extending up to one year. However, the Indian government decided against availing "concessions" announced by Prime Minister Imran Khan. The Indian Ministry of External Affairs announced that a passport would be required per the agreement between the two countries