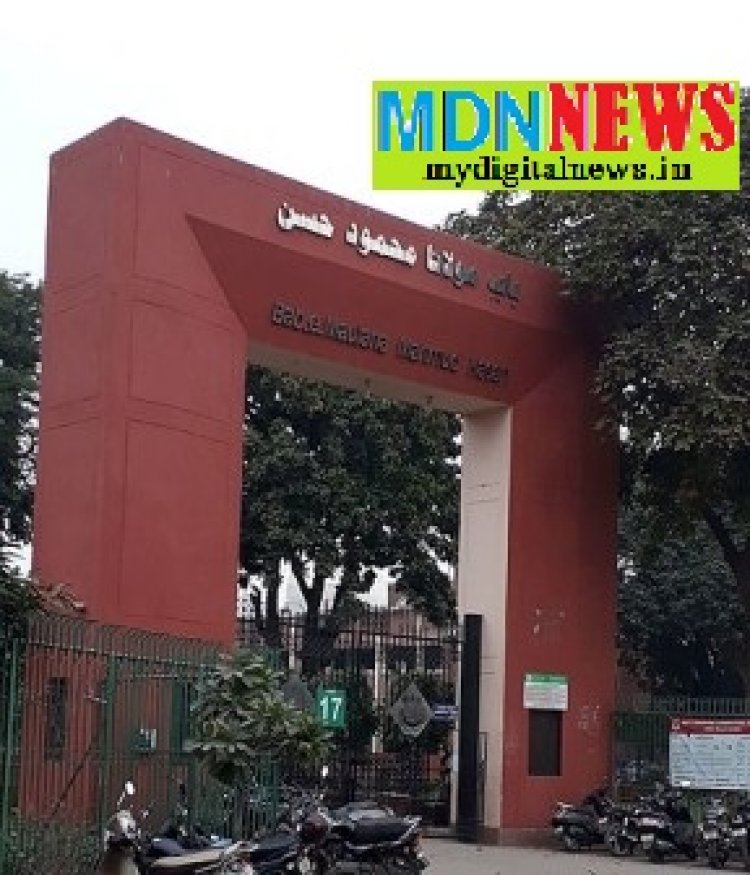 It was conceived as a national institution that would offer progressive education and an emphasis on Indian nationalism to students from all communities, particularly Muslims. Zakir Hussain described "the movement of Jamia Millia Islamia as a struggle for education and cultural renaissance that aims to prepare a blueprint for Indian Muslims which may focus on Islam but simultaneously evolve a national culture for common Indian.

It will lay the foundation of the thinking that true religious education will promote patriotism and national integration among Indian Muslims, who will be proud to take part in the future progress of India, which will play its part in the comity of nations for peace and development.

The emergence of Jamia was supported by Mahatma Gandhi and Rabindranath Tagore who felt that Jamia Millia Islamia could shape the lives of hundreds and thousands of students on the basis of a shared culture and worldview. In 1925, Jamia Millia Islamia moved from Aligarh to Karol Bagh, New Delhi.

On 1 March 1935, the foundation stone for a school building was laid at Okhla, then a nondescript village in the southern outskirts of Delhi. In 1936, all institutions of Jamia Millia Islamia except Jamia Press, the Maktaba, and the library moved to the new campus.

Jamia Millia Islamia became a central university by an act of the Indian Parliament on 26 December 1988. In 2006, the King of Saudi Arabia, King Abdullah of Saudi Arabia paid a visit to the university and donated US$2.90 million for the construction of a library, now known as Dr Zakir Husain Library (Central Library).

In 2019, the university emerged as a centre of the Citizenship Amendment Act protests after the act was passed by the Parliament.

On 13 December 2019, Delhi Police tried to forcefully dismiss the protest of students and threw tear gas inside the campus on students to control their agitation. On 15 December 2019, police entered the campus on the pretext of trying to catch the mob that destroyed public peace outside the university campus.

Many students sustained injuries because of the police brutality and it sparked protests in several other universities.

The Campus of Jamia Millia Islamia

The campus is distributed over a large area. Many of its buildings are being modernised. Maulana Mahmud Hasan gate The university's scenic cricket ground, Nawab Mansoor Ali Khan Pataudi Sports Complex, has hosted many important Tournaments and Indian women cricket matches.

This ground also hosted the University Cricket Championship in 2013 Besides its seven faculties, the Jamia has centres of learning and research, including the Anwar Jamal Kidwai Mass Communication Research Centre (MCRC), Faculty of Engineering & Technology, Faculty of Fine Arts, Centre for Theoretical Physics, and the Maulana Mohammad Ali Jauhar Academy of Third World Studies (ATWS).

It was ranked 16th in India overall by the National Institutional Ranking Framework (NIRF) in 2020, 10th among universities, 9th in-law ranking, 10th in architecture ranking, 28th in the engineering ranking and 34th in the management ranking.

the constitution of India - articles in part 7