The Pakal Dul Dam is an under-construction concrete-face rock-fill dam on the Marusadar River, a tributary of the Chenab River, in the Kishtwar district of the Indian Jammu and Kashmir. The primary purpose of the dam is hydroelectric power generation. It will divert water to the south through a 10 km (6.2 mi) long headrace tunnel and into a power station on the reservoir of the Dul Hasti Dam, on the Chenab. In February 2014, the project was awarded to a consortium of domestic and foreign countries. It includes AFCONS, JP Prakash Associate Bharat Heavy Electricals. Pakistan, which relies on the Chenab downstream, views the dam as a violation of the Indus Water Treaty, whereas India states it is as per Treaty Provisions. Pakal Dul is a 1GW hydroelectric project (HEP)  It is anticipated to produce around 3,330 million units (MU) of energy a year.

Estimated to cost Rs81.12bn ($1.18bn), the Pakal Dul HEP project will be the biggest hydroelectric project in the state and the first storage project, upon completion. It is part of the prime minister’s Development Package (PMDP) for J&K and is expected to enhance the region’s power generation. Chenab Valley Power Projects Limited (CVPPL) is constructing the project on Marusadar River, a tributary of the Chenab River. Jammu and Kashmir State Power Development Corporation (JKSPDC) holds a 49% stake in CVPPL while National Hydroelectric Power Corporation (NHPC) and PTC India hold 49% and 2% respectively. The  Foundation stone for the construction of the project was laid in May 2018, while construction is expected to be completed by the end of 2023. The project is expected to start operations in March 2024.

Pakal Dul hydroelectric power project includes the construction of a 167m-tall, concrete-face rockfill dam and two circular headrace tunnels. Each tunnel will have a diameter of 7.2m and a length of 9.6km. The main access tunnel (MAT) of the dam is expected to be 263m long and 8m wide. Head race tunnels will be connected with two 423m-long and 6m-diameter circular, steel-lined pressure shafts, which will be further bifurcated into four 685m-long and 3.9m-diameter penstocks. The project will feature an underground powerhouse, which will comprise four 250MW Francis turbines and generators. The powerhouse cavern will measure 157m-long, 20.2m-wide, and 49m-high. Four horseshoe-shaped tailrace tunnels will be constructed for the project, each measuring 125m-long and having a diameter of 5.5m. Power generated by the Pakal Dul hydroelectric project is proposed to be transmitted to the 400kV Kishtwar switching station. A 400kV switching station will be set up at the Kishtwar pooling station by line-in line-out (LILO) of Dulhasti/Ratle-Kishenpur 400kV (Quad) DC line.

Funding and benefits of the Pakal Dul HEP project

The Government of India has agreed to provide Rs25bn ($364.01m) as subordinate debt to the state government for developing the Pakal Dul hydroelectric power project, in addition to an Rs11.92bn ($173.56m) grant to CVPPL. During the first ten years of operation, the state of J&K will receive 12% free power from the project, in addition to waiving water usages charges. The state will also have the first right to purchase the power allotted to NHPC (49%) and PTC (2%). The project is expected to create more than 3,000 direct and indirect construction jobs and approximately 500 operational jobs.

The power required during the construction of the Pakal Dul HEP project is proposed to be provided by a new 400kV/132kV electrical substation near Kishtwar. CVPPL completed the construction of MAT of the powerhouse in December 2018, along with the adit to powerhouse (CAP), TBM adit road, and approach road connecting the access tunnel with the valve house.

Current ongoing construction includes powerhouse works, the approach road to surge shaft, and adit to transformer hall. Other ongoing works include construction of approach roads to diversion tunnel and adit to HRT, construction of diversion tunnel (DT), and excavation works of the surface spillway and tunnel spillway. The construction works at the dam and powerhouse were put to a halt in March 2020 due to a lockdown ordered by the government in connection with COVID-19 and partial work resumed in May with limited manpower.

The works were put on hold again in August due to the area being declared a red zone and work resumed later in September with limited manpower. The construction works at the powerhouse site were also halted in the first week of October due to the spread of COVID-19 at the site. 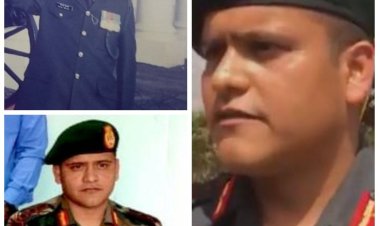