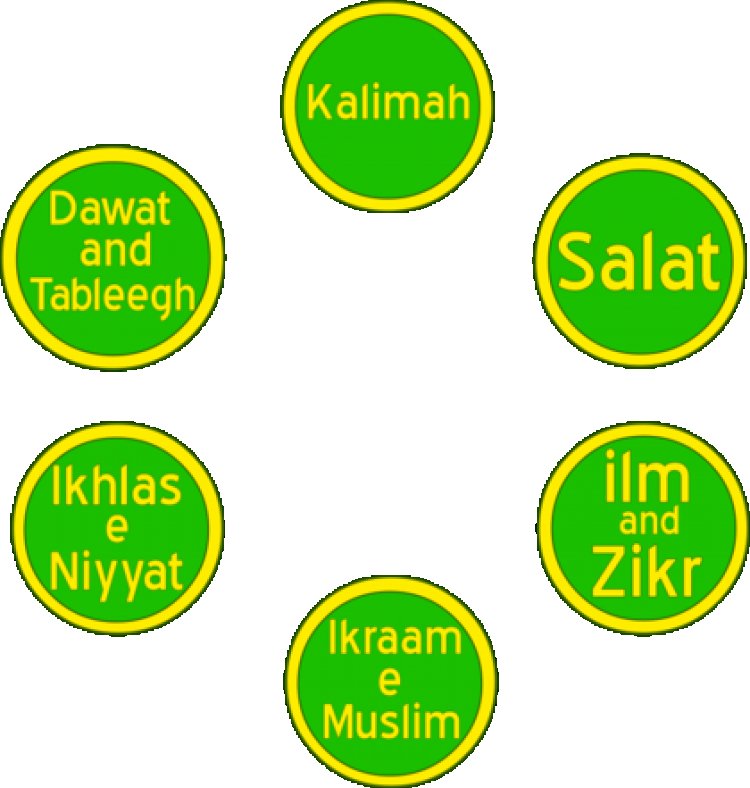 is a Sunni Islamic missionary movement that focuses on exhorting Muslims and encouraging fellow members to return to practising their religion as it was practised during the lifetime of the Islamic prophet Muhammad, and particularly in matters of ritual, dress and personal behaviour.

The organisation is estimated to have between 350 million to 400 million adherents worldwide, with the majority living in South Asia, and a presence in somewhere between 180 and 200 countries.

It has been deemed as "one of the most influential religious movements in 20th-century Islam.

" Established in 1926 by Muhammad Ilyas al- Kandhlawi in Mewat region of British India, it began as an offshoot of the Deobandi movement, and as a response to the perceived deterioration of moral values and supposed neglect of the aspects of Islam.

The movement aims for the spiritual reformation of Islam by working at the grassroots level. The teachings of Tabligh Jamaat are expressed in "Six Principles" (Kalimah (Declaration of faith), Salah (Prayer), Ilm-o-zikr (Knowledge), Ikraam-e-Muslim (Respect of Muslim), Ikhlas-e-Niyyat (Sincerity of intention), Dawat-o-Tableegh (Proselytizaton)). Tablighi Jamaat denies any affiliation in politics and involvement in fiqh (Islamic jurisprudence), focusing instead on the Quran and Hadith. However, the group has been accused of political links.

The Tablighi Jamaat strictly avoids political activities and debates and instead focuses on religion only. The Jamaat does admit that it attracts all sorts of individuals, regardless of their social or political standing and doesn't control its membership. it's reach-Wide In two decades after its launch, the Tablighi Jamaat had spread beyond the Mewat region.

In the first Tablighi conference held in 1941, approximately 25,000 people from across North India attended. After Partition in 1947, a Pakistan chapter was started in the town of Raiwind, Lahore. Currently, Bangladesh has one of the largest chapters.

The first is the kalimah, an article of faith in which the Tabligh accepts that there is no God but Allah and that Prophet Muhammad is his messenger.

The second is salaat, or prayer five times daily. The third is ilm and dhikr, the knowledge and remembrance of Allah conducted in sessions in which the congregation listens to preaching by the imam, performs prayers, recites the Quran and reads the Hadith; the congregation also uses these sessions to dine together, thus fostering a sense of community and identity.

The fourth principle is ikram-i-Muslim, the treatment of fellow Muslims with honour. The fifth is ikhlas-i-niyat, or sincerity of intention. And the sixth is dawat-o-tabligh, or proselytisaton.

structure of the Tablighi Jamaat, as an organisation?

There is no defined structure, but there exists a hierarchic network of elders and mosques. Originally, it used to be headed by the Ameer, who would preside over the shura (council), the core of the organisation, and deal with important matters including international congregations known as Aalmi Ijtama.

There are camps in India, Pakistan and Bangladesh. The “Nizamuddin camp” is headed by Maulana Saad Kandhalwi, great-grandson of Maulana Muhammad Ilyas, while a rival faction is based in Raiwind, Pakistan. Bangladesh, which hosts the biggest annual Aalmi Ijtama in Tongi, with around two million people attending, is another faction. In the Ijtama this year, the first phase was held on January 12 with the Tongi faction and the second phase on January 17 with the Nizamuddin faction.

View of the new virus strain from UK-National Task Force for testing , Treatment,...