Ahmad Shah Durrani: The painting Behind the Taliban's Presidential Building in Afghanisthan 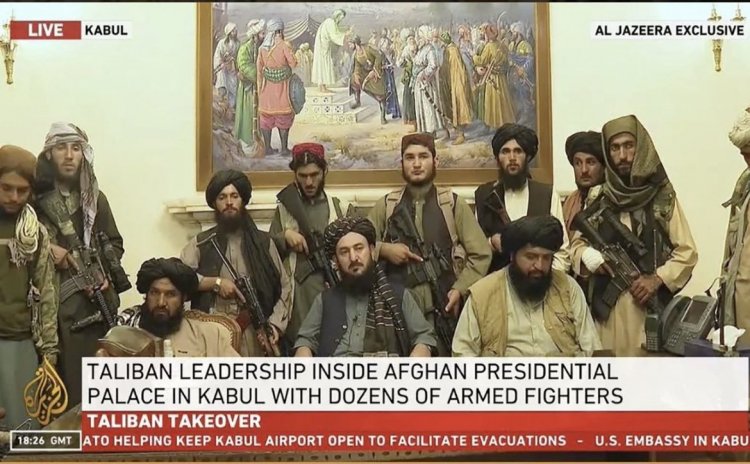 The question may raise in everyone mind " What is the painting in the background?"

The Durrānī (Pashto: دراني‎, pronounced [durɑˈni]) formerly known as Abdālī (ابدالي), is one of the largest tribes of Pashtuns. Their traditional homeland is in southern Afghanistan (Loy Kandahar region), straddling into Toba Achakzai in Balochistan, Pakistan, but they are also settled in other parts of Afghanistan and parts of Khyber Pakhtunkhwa, Pakistan.

Ahmad Shah Durrani, who is considered the founder of the modern state of Afghanistan, belonged to the Abdali tribe. In 1747, after establishing the Afghan Empire based in Kandahar, he adopted the epithet Shāh Durr-i-Durrān, "King, Pearl of Pearls," and changed the name of the tribe to "Durrani" after himself.  Most Durranis speak southern Pashto, which is considered a prestigious variety of Pashto. 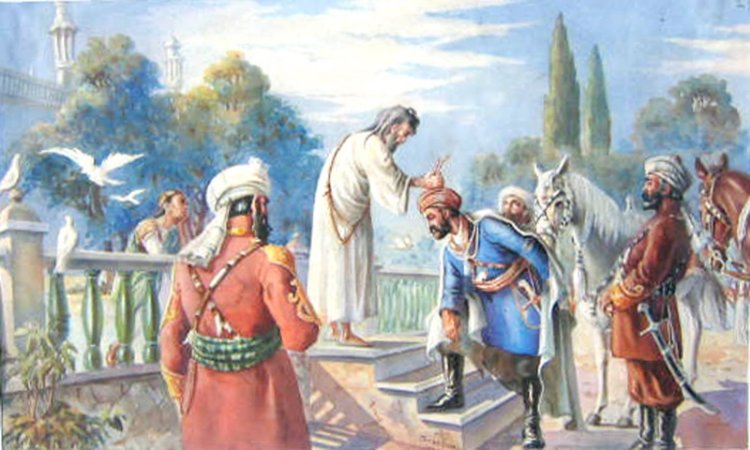 In the early modern period, the Abdali tribe of Pashtuns was first explicitly mentioned in Mughal and Safavid sources. For example, in the 1595 Mughal account Ain-i-Akbari, the Abdali was mentioned as one of the "Afghan ulūs" (Pashtun tribal confederacies) settled in Kandahar area, along with Tarīn, Paṇī, and Kākaṛ.

Some scholars have postulated that the Abdali descended from Hephthalite tribes, who settled in present-day Afghanistan in ancient times and were known as ηβοδαλο (Ebodalo) in the Bactrian language. According to linguist Georg Morgenstierne, the tribal name Abdālī may have "something to do with" the Hephthalite.

This hypothesis was endorsed by historian Aydogdy Kurbanov, who indicated that after the collapse of the Hephthalite confederacy, they likely assimilated into different local populations and that the Abdali may be one of the tribes of Hephthalite origin.[6] 19th-century British Indian explorers, Charles Masson and Henry W. Bellew, also suggested that there was a direct relationship between Abdali's and Hephthalites.

Joseph T. Arlinghaus referred to a Syriac chronicle from c. 555 CE, which mentions Khulas, Abdel, and Ephthalite as three of the nomadic tribes from the "lands of the Huns." Arlinghaus linked the "Khulas" and the "Abdel" to the Khalaj (modern Ghilji) and the Abdali (modern Durrani), respectively, arguing that the relationship between the Hephthalite, the Khalaj, and the Abdali may date back as far as the sixth century.

Yu. V. Gankovsky, a Soviet historian on Afghanistan, also asserted that the Hephthalite contributed to the ethnogenesis of Durrani Pashtuns:

The Siah-posh, the Kafirs (Nuristanis) of the Hindu Kush, called all Pashtuns by a general name of Abdal still at the beginning of the 19th century.

Qais was claimed to be a contemporary of the Islamic prophet Muhammad and a kinsman of Arab commander Khalid ibn al-Walid. When Khalid ibn al-Walid summoned Qais from Ghor to Medina, Qais accepted Islam and the prophet renamed him Abdur Rashīd (meaning "Servant of the Guide to the Right Path" or "Servant of God" in Arabic). Abdur Rashid returned to Ghor and introduced Islam there. The book stated that Abdur Rashid's great-grandson, Tarīn, had three sons: "One was black in complexion, and he was named Tōr (meaning "black" in Pashto); the other was white in complexion, and he was named Spīn (meaning "white" in Pashto); his third son was named Abdāl (or Awdāl)."

In 1747, Ahmad Shah Durrani established the Durrani Empire with its capital at Kandahar. He adopted the title Shāh Durr-i-Durrān, "King, Pearl of Pearls," and changed the name of his tribe "Abdali" to "Durrani" after himself. Ahmad Shah is now regarded as the founder of the modern state of Afghanistan. Within a few years, he extended his control from Khorasan in the west to Kashmir and North India in the east, and from the Amu Darya in the north to the Arabian Sea in the south.

The first two sons were the progenitors of modern Tareens, who are closely related to Durranis and are divided into two clans (Tor Tareen and Spin Tareen), while the third son was the progenitor of modern Durranis. The 1595 Mughal account Ain-i-Akbari also mentioned the tradition of Israelite descent among Pashtuns, which shows that the tradition was already popular among 16th-century Pashtuns.

During the 16th and 17th centuries, the Abdali were primarily pastoralists, not known for agricultural activities, but some of them were engaged in overland trade. Abdali and Tarin (a Pashtun tribe related to Abdali's) chieftains were patronized by both Safavid and Mughal appointed governors and asked to patrol travel routes to ensure the safety of merchant caravans passing through Kandahar, which was a province located on a strategic trade corridor linking Hindustan, Iran, and Turkestan.

Nader Shah's rule abruptly ended in June 1747 when he was assassinated by his own guards. The guards involved in the assassination did so secretly so as to prevent the Abdali's from coming to their King's rescue. However, Durrani was told that the Shah had been killed by one of his wives. Despite the danger of being attacked, the Abdali contingent led by Durrani rushed either to save the Shah or to confirm what happened.

Upon reaching the Shah's tent, they were only to see his body and severed head. Having served him so loyally, the Abdali's wept at having failed their leader and headed back to Kandahar. Before the retreat to Kandahar, he had "removed" the royal seal from Nader Shah's finger and the Koh-i-Noor diamond tied "around the arm of his deceased master". On their way back to Kandahar, the Abdali's had "unanimously accepted" Durrani as their new leader. Hence he "assumed the insignia of royalty" as the "sovereign ruler of Afghanistan".

At the time of Nadir's death, he commanded a contingent of Abdali Pashtuns. Realizing that his life was in jeopardy if he stayed among the Persians who had murdered Nader Shah, he decided to leave the Persian camp, and with his 4,000 troops, he proceeded to Qandahar.

Along the way and by sheer luck, they managed to capture a caravan with booty from India. He and his troops were rich; moreover, they were experienced fighters. In short, they formed a formidable force of young Pashtun soldiers who were loyal to their high-ranking leader.

One of Durrani's first acts as chief was to adopt the epithet Shāh Durr-i-Durrān, "King, Pearl of Pearls. 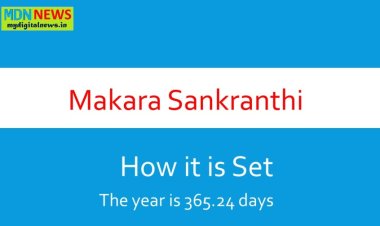 Sankranti is set by the solar cycle and corresponds to the exact time astronomical...