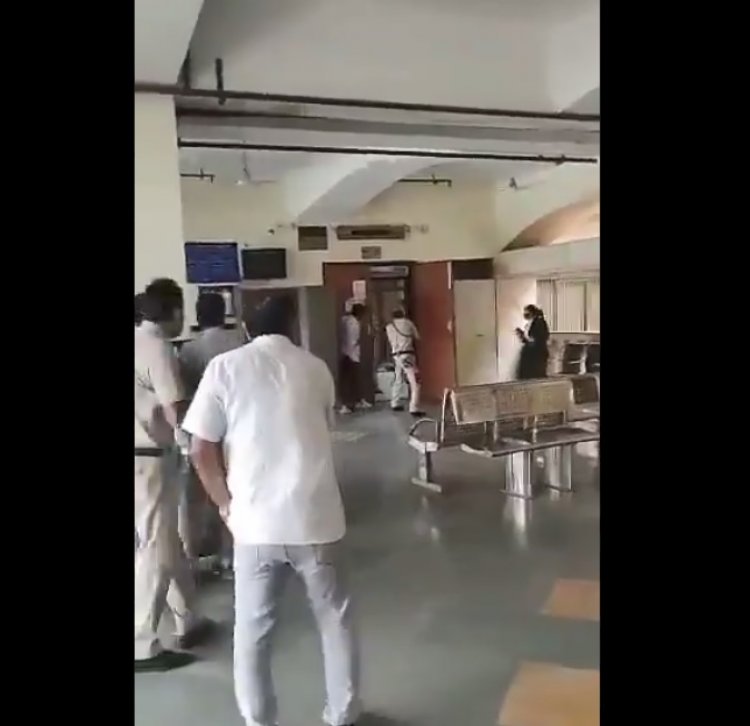 Breaking NEWS : Gangster Gogi, 2 from rival gang shot dead in Rohini court; assailants posed as lawyers
According to police, Gogi and his rival Sunil alias Tillu have been running extortion rackets in Alipur and Sonipat for years, and the constant strife between the two gangs... pic.twitter.com/OD0yfTH5sG

Individuals from the Counter Intelligence group of the Special Cell who were with Gogi started shooting at the aggressors, killing the two men, who were acting like promoters. Gogi got five-six shot wounds and was taken to a close-by medical clinic, where he was proclaimed dead.

A couple of months prior, Gogi's partner Kuldeep assumed the name Fajja had figured out how to escape from police guardianship when he was created in Karkardooma Court. From that point forward, a group of Counter Intelligence had been going with Gogi and his partners during their court hearings.

On Friday, both Gogi and Sunil Maan, a member of the Tillu gang, had to appear in person in court number 207 in connection with the same murder case.

“A team of the Northern range of Special Cell was accompanying Sunil Maan, who appeared half an hour before Gogi. Around 1.15 pm, Gogi was produced in the courtroom. At that time, two wanted criminals identified as Rahul, a resident of UP’s Baghpat, and Moris of Bakkarwala village, who were inside posing as lawyers, opened fire on him. Gogi received around five to six bullet injuries,” a senior police officer said.

The Counter Intelligence team accompanying Gogi was fired in retaliation. “In total, eight rounds were fired by both the teams of the Special Cell. From the Northern Range of Special Cell, Head Constable Kuldeep fired two rounds, HC Sandeep fired four rounds and constable Rohit fired two rounds. A third battalion also fired on the assailants with AK-47. The armed assailants were using .38 bore and .30 bore pistols,” an officer told The Indian Express.