Majority People's Party or Bahujan Samaj Party (BSP) is one of the only six prominent national political parties of India, which is the largest democracy in the world. 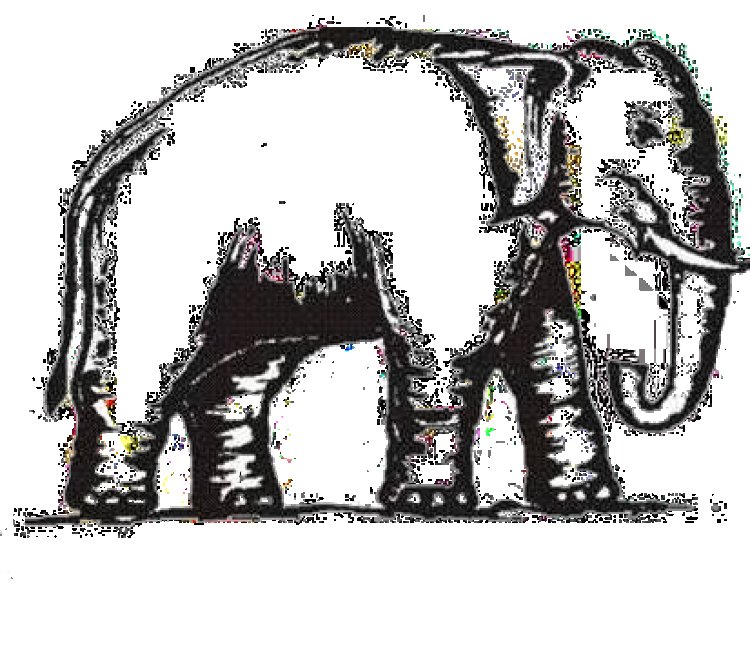 The Bahujan Samaj Party (BSP) is a national-level political party in India that was formed to represent Bahujans (literally means "people in the majority"), referring to Scheduled Castes, Scheduled Tribes, and Other Backward Classes (OBC), along with religious minorities.

According to Kanshi Ram, when he founded the party in 1984, the Bahujans comprised 85 per cent of India's population but were divided into 6,000 different castes.

The party claims to be inspired by the philosophy of Gautama Buddha, B. R. Ambedkar, Mahatma Jyotiba Phule,

The BSP has its main base in the Indian state of Uttar Pradesh where it was the second-largest party in the 2019 Indian general election with 19.3% of votes and in the 2017 Uttar Pradesh elections with over 22% of votes. Its election symbol is an elephant.

"Bahujan" is a Pali term frequently found in Buddhist texts, and literally refers to "the many", or "the majority".

It appears in the dictum "Bahujana Hitaya Bahujana Sukhaya", or "The benefit and prosperity of the many", articulated by Gautama Buddha. In his writing, B. R. Ambedkar used the term to refer to the majority of people in Hindu society that experienced discrimination and oppression on the basis of caste.

Jotirao Phule used the term in a similar context and compared the Bahujans of India to slaves in the United States. Dalit and Bahujan writers have suggested this proportion was 75 percent of the population.

The ideology of the Bahujan Samaj Party (BSP) is “Social Transformation and Economic Emancipation” of the “Bahujan Samaj “, which comprises of the Scheduled Castes (SCs), the Scheduled Tribes (STs), the Other Backward Classes (OBCs) and Religious Minorities such as Sikhs, Muslims, Christians, Parsis and Buddhists and account for over 85 per cent of the country’s total population.

The people belonging to all these classes have been the victims of the “Manuwadi” system in the country for thousands of years, under which they have been vanquished, trampled upon and forced to languish in all spheres of life. In other words, these people were deprived even of all those human rights, which had been secured for the upper caste Hindus under the age-old “Manuwadi Social System”.

Among the great persons (Mahapurush) belonging to “Bahujan Samaj”, who fought courageously and with commitment against the brutal and oppressive Manuwadi system, for providing a level playing field to the downtrodden to help move forward in their lives with “self-respect” and at par with the upper castes Hindus, especially Baba Saheb Dr. Bhimrao Ambedkar’s socio-political campaign later proved to be very effective in this direction.

Bahujan samaj party logo Though the contributions of leaders of the downtrodden communities like Mahatma Jyotiba Phule, Chhatrapati Shahuji Maharaj, Narayana Guru and Periyar E. V. Ramaswami have been immense in the fight against the obnoxious Manuwadi system, but the struggle of Baba Saheb Dr. Bhimrao Ambedkar, who was born in Scheduled Caste community, and that of Manyawar Kanshi Ram Ji later proved to be greatly effective and pregnant with far-reaching consequences.

Besides waging a spirited campaign against the Manuwadi Social System, Dr. Ambedkar instilled consciousness among not only the Dalits, but also among those belonging to other backward groups, which continue to be victimised and trampled under this oppressive and unjust Manuvadi Social System.

By virtue of his pivotal role in the framing of the Indian Constitution, these groups were given a number of rights in the Constitution on a legal basis to lead a life of dignity and self-respect.

But he was fully conscious of the fact that these exploited sections of the society would not be able to get the full legal rights as long as the governments would remain dominated by the Manuwadi persons and parties.

That’s why Dr. Ambedkar, during his lifetime, had counseled the “Bahujan Samaj” that if they wanted to fully enjoy the benefits of their legal rights, as enshrined in the Constitution, they would have to bond together all the Bahujan groups on the basis of unity and fraternity, bring them on a strong political platform and capture the “Master Key” of political power.

This was to be the modus operandi for the formation of Bahujan Governments at the Centre and in States. Only such governments could enforce all the constitutional and legal rights of the “Bahujan Samaj” and provide opportunities to its People to move forward in all spheres of life besides enabling them to lead a life of “self-respect”.

Keeping in view this observation and advice of Dr. Ambedkar, respected Manyawar Kanshi Ram Ji founded the Bahujan Samaj Party (BSP), with the help of his associates, on April 14, 1984. For many years while he enjoyed good health, he prepared the “Bahujan Samaj” to secure the “master key” of political power, which opens all the avenues for social and economic development.

However, being a diabetic and host of other serious ailments, his health did not permit him to lead an active political life for too long. On December 15, 2001, Manyawar Kanshi Ram Ji, while addressing a mammoth rally of the BSP at the Lakshman Mela Ground in Lucknow, Uttar Pradesh on the banks of the river Gomti, declared Kumari (Miss) Mayawati Ji, then the lone Vice-President of the Party, as his only political heir and successor.

Moreover, on September 15, 2003, Manyawar Kanshi Ram Ji’s health suffered a serious setback, and the entire responsibility of the Party fell on the shoulders of Bahan (Sister) Kumari Mayawati Ji.

Later, on September 18, 2003, the Party, through a consensus and in keeping with its Constitution, made her its National President.

Being the National President of a National Party, Kumari Mayawati Ji in her address sought to assure that “I would like to make aware people of the country that my Party, the BSP, is committed to not only improving the socio-economic conditions of people belonging to the “Bahujan Samaj” but also of the poor among the upper-caste Hindus, small and medium farmers, traders and people engaged in other professions.

But people of the Manuwadi mindset, even if they are in different fields of life, are acting under a conspiracy to project the image of the BSP as if it is confined to championing the cause of Dalits alone and is opposed to the upper castes Hindus and other sections of the society. Also, the BSP has nothing to do with the issues of national interest.

However, on the basis of facts, I can say with firmness and conviction that all such talks are a bunch of lies, baseless and devoid of facts and are nothing else more than a slanderous campaign of the status quoits Manuwadi forces.

The policies, objectives and ideology of the BSP are crystal clear and attuned to the welfare of the entire country and its vast population.

On the basis of its ideology, the BSP wants to sound the death-knell of the “Manuwadi Social System” based on the ‘Varna’ (which is an inequality social system) and striving hard and honestly for the establishment of an egalitarian and “Humanistic Social System” in which everyone enjoys JUSTICE (social, economic and political) and EQUALITY (of status and of opportunity) as enshrined in the PREAMBLE of the Constitution.

Further, our Party Constitution very clearly states that “the chief aim and objective of the Party shall be to work as a revolutionary social and economic movement of change with a view to realise, in practical terms, the supreme principles of universal justice, liberty, equality and fraternity enunciated in the Constitution of India.

” Such a social system is wholly in the overall interest of the Country and all sections of the society too.

If, in this missionary work of “Social Transformation”, people of the upper castes (Hindus) shed their Manuwadi mindset and join hands with the Bahujan Samaj, our Party, with all due respect and affection would embrace them.

Such people will be given suitable positions in the Party organisation in accordance with their ability, dedication and efficiency, and there would be no distinction between them and those belonging to the Bahujan Samaj.

Also they will be fielded as Party candidates in the parliamentary and assembly elections, and if our government is formed, they will also be given ministerial berths. These are not hollow talks because the BSP in the past, during the three successive governments, had implemented all such promises.

In Uttar Pradesh, Ms. Mayawati government was formed four times, and on each occasion, upper castes people were inducted in the Council of Ministers. Even an upper caste person was appointed to an all-important post of Advocate General.

They were given the Party ticket for Lok Sabha and Assembly elections and also nominated to the Parliament’s Upper Chamber i.e. Rajya Sabha and state Legislative Councils. In addition, upper caste people have been given high posts in the Party organisation.

For example, Mr Satish Chandra Mishra was nominated to the Rajya Sabha and also was made national general secretary of the Party. In a similar fashion, other castes of the Upper Castes (Hindus) were promoted. Thus, keeping in view all these facts, it would be injudicious and fallacious to hold that the BSP works for the welfare of a particular group or section.'

Yes, the Party does give priority to those sections, which have been ignored and scorned all along by the Manuwadi governments in all spheres of life. In addition, the BSP has always contributed positively to all issues pertaining to the welfare of the Country.

The BSP has always taken an unequivocal stand on issues of the Country’s welfare and never compromised on the issues related to the interest of the country whenever the need arose.

Why Dr RS Praveen kumarIPS(R) Joined BSP ? what are the Aims and Objectives of BSP...