It is primarily organised on a voluntary basis except for a small nucleus of paid staff and establishment which is augmented during emergencies. Central Financial Assistance: The central government reimburses 25% of the expenditure (50% for North-eastern states except for Assam) incurred by the State Government on the authorized items of Civil Defence for raising, training and equipping of Civil Defence Service. - Although it is a Central law, Section 4 of the Civil Defence Act empowers State governments to raise corps at the local administration level as per their requirement. - The District Magistrate, District Collector or Deputy Commissioner is designated as Controller of the Civil Defence. 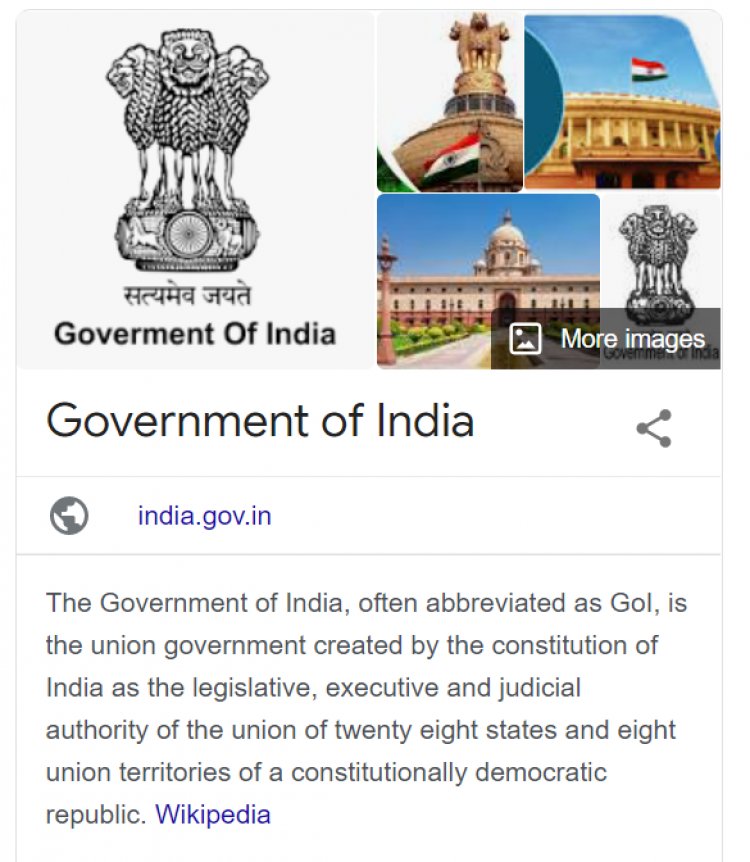 Why does it say ‘subject’ of Sikkim?

The language, which state governments across the country continue to use in laying down recruitment rules for civil defence volunteers, is a verbatim reproduction of the Civil Defence Regulations, framed under the Civil Defence Act, 1968. While the Act, through a gazette notification dated September 8, 1975, was extended to cover Sikkim, which became a part of India on May 16, 1975, the regulations pertaining to the eligibility conditions remain unamended, which is why governments continue to use the same language.

One such recruitment notice by the Delhi government had sparked a controversy in 2020. Sikkim CM Prem Singh Tamang had publicly termed it as “regrettable, objectionable and harmful”. The officer who had cleared the ad was suspended by LG Anil Baijal. However, he has been reinstated now.

The Civil Defence Policy of the Government of India till the declaration of emergency in 1962, was confined to making the States and Union Territories conscious of the need for civil protection measures and to ask them to keep ready civil protection plans for major cities and towns under the then Emergency Relief Organisation (ERO) scheme. Chinese aggression in 1962 and the Indo-Pak conflict in 1965 led to a considerable rethinking about the policy and scope of Civil Defence. As a result, the Civil Defence Policy as it exists today was evolved and Civil Defence legislation was enacted in the Parliament in 1968. The country was subjected to further hostile attacks from Pakistan in December 1971 when the Civil Defence Organisation acquitted itself commendably.

Due to technological advancement in the last few decades, the environment of the globe has undergone a significant change. Climate change is resulting in many natural disasters with increasing frequency and the changed socio-economic and political scenario has resulted in new emerging challenges to internal security threats. To meet the challenges of the day, the Civil Defence Act was suitably amended by the Civil Defence (Amendment) Act, 2009 by Notification No.3 of 2010, to include disaster management as an additional role for the Civil Defence Corps, while retaining its primary role.

To make sure that the public is warned of danger and provided with instructions on how to avoid hazards. Advice people to protect themselves by either evacuating the area or remain and take shelter. Organizing immediate relief to the survivors. Support emergency services Rescue operations Firefighting Law enforcement Medical care Public works repair Provision of voluntary Food, Shelter and Clothing. Assist in recovery operations Clearance of Debris Restoring utility services Managing relocations centres Structure of Civil Defence administration in the country

Civil Defence Volunteers Civil Defence is primarily organised on a voluntary basis except for a small nucleus of paid staff and establishment which is augmented during emergencies.

Eligibility for becoming a Civil Defence Volunteer A person who intends to apply for an appointment to a Civil Defence Corps must fulfil the following conditions; s/he shall be a citizen of India or Bhutan or of Nepal. s/he shall have completed the age of 18 years provided that this age limit may be relaxed at the discretion of the competent authority up to a maximum of 3 years for any branch or category of the Corps. s/he shall have passed at least the primary standard, that is to say, the fifth class, and this condition may be relaxed by the Controller at this discretion.

Both men and women shall be eligible for appointment to the Corps. A person shall not be entitled to be appointed to the Corps unless he is found to be physically fit and mentally alert. Any service in the National Volunteer Force and in the Armed Forces of the Union shall be a special qualification.

The process to become a Civil Defence Volunteer Every person eligible for an appointment under regulation shall be required to apply in Form 'A' and also present himself for an interview before the competent authority. A candidate shall be enrolled as a member, for an initial period of 3 years, which may be extended more than once each time after a period of 3 years. Members of the Corps may be called on duty for the following purposes. During such occasions, a nominal incentive as per existing norms is provided. training practice or exercises perform the duties assigned to them by order under the regulations.

From being lauded for their work during the pandemic to facing allegations of high-handedness, the role of the civil defence volunteers in the national capital has come under intense scrutiny in the recent past.

The Delhi Police also issued a statement, pointing out that civil defence personnel, also known as Delhi Civil Defence (DCD) volunteers, have no power to stop people using police barricades and prosecute them for violation of Covid-19 appropriate behaviour such as not wearing masks.

Who are civil defence volunteers?

In Delhi, these are men and women who work under the command of the district magistrates. The overall command lies with the divisional commissioner, to which the DMs report. These volunteers are governed by the Civil Defence Act, 1968 which has undergone multiple amendments, with the latest being in 2010 when disaster management was added as one of their roles. With the Centre invoking the Disaster Management Act in the wake of the Covid-19 outbreak in 2020, the role of these volunteers came under the spotlight.

What is the primary role of civil defence volunteers?

According to the Civil Defence Act, 1968, civil defence is defined as any measure “not amounting to actual combat, that protects persons, property and places in India from hostile attack”. The 2010 amendment expanded the definition by including disaster management as one of the responsibilities.

The basic role of the volunteers is to assist the local administration. During the pandemic, the volunteers assumed the role of frontline workers by way of participating in screening hotspots and distributing food for the needy. In recent months, DCD volunteers have also been deployed to ensure social distancing in markets and other crowded places and also at vaccination sites.

Before the Covid outbreak, a large number of DCD personnel were deployed as marshals in public buses to ensure the safety of women.

Doesn’t the role of DCDs overlap with that of home guards?

“In a city like Delhi, which is not only a metropolitan city but also serves as the national capital, it is mandatory that the organizations like Civil Defence must be strengthened to face the problems of terrorism and disaster inch to inch i.e., from earthquake to collapse of buildings,” states a document of the directorate.

But, are they authorised to issue challans for violations of Covid-19 norms?

No, says the Delhi Police. It issued a detailed statement recently after it came to light that DCD volunteers were standing near police barricades, stopping vehicles and issuing challans. A police officer explained that DMs and SDMs are authorised to issue such challans, and in many cases, they get the DCD personnel to prosecute people.

“Very often, these officials remain seated in their vehicles while the DCD personnel stationed nearby issue challans on their behalf. While that is wrong, the issue becomes bigger when DCD volunteers are handed over challan books and pressed into duty without any supervision,” the police official said.

How are civil defence volunteers recruited?

Recruitment drives are carried out from time to time by the Delhi government. Anyone aged above 18 years with primary level educational qualification can apply. In most cases, those who have passed Class 8 are preferred. But, people with higher qualifications also apply, a Delhi government official said. The candidates found eligible are made to undergo a week-long basic training course. At later stages, specialised training is also imparted. A person who intends to apply must also be a citizen of India or a “subject of Sikkim or Bhutan or Nepal”, according to the Act.

Ministry of Health and Family Welfare, More than 1.94 cr Vaccination Coverage till...

Draft of Science and Technology and Innovation Policy 2020 has been finalized by...