In a Tweet, Sri M. Nageswara Rao IPS(R) Stated That: "Here is my clarification to those who have genuine doubts with regard to my recent YouTube talk and some tweets, in order to set the record straight." 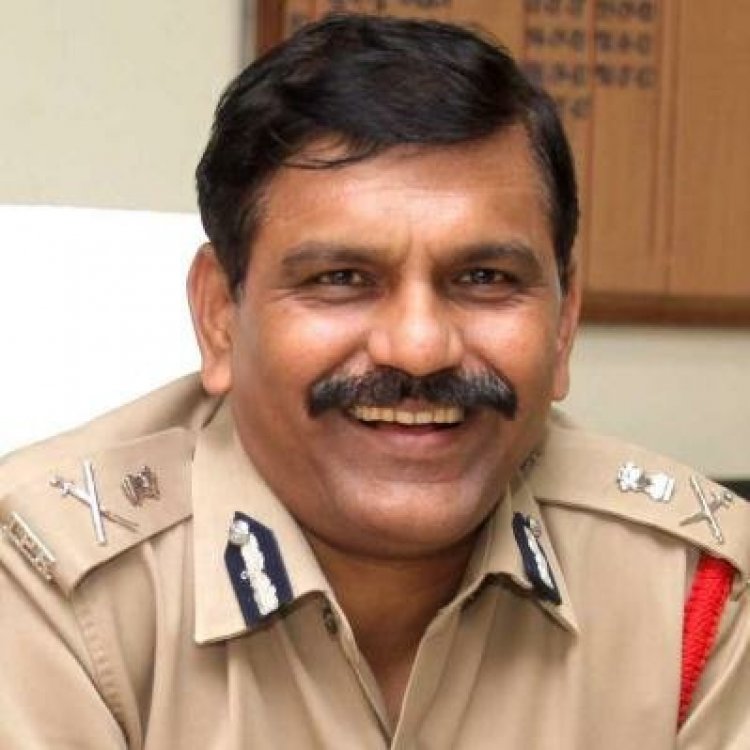 In view of the current situation and the ongoing attacks on Hindu-Sanatana Dharma and the developments in the attitude of the government, Nageshwar Rao has made a number of speeches and discussions on the Internet, YouTube and Twitter as a platform for the welfare of the society and for the sustainability of future generations. However, some fans and cutter Hindus have expressed many doubts and suspicions. Here Sri Nageshwar Rao Clarified all of them.

The following is the Letter from His Twitter Handle. Find the official tweet at the bottom of this Letter Text.

1.In the last few days some Hindus developed certain genuine doubts, while some paid artists
resorted to false propaganda on SM with regard to my YouTube talk and some tweets. Here is my clarification to those having genuine doubts to set the record straight.

2.Hinduism belongs to all Hindus irrespective of political parties, region, language, caste etc. Hence, it is imperative for all Hindus to learn to see things without blinkers or being blinded by personal or organisational loyalties and respect the age-old Hindu tradition of questioning before accepting. The interests of any individual or an organisation are not necessarily the same as those of Hinduism or Sanatan Dharma. There could be some congruence between them but that does not make them as same.

3 tweeted in appreciation of Smt. Rabri Devi Ji who is a Dharmic Hindu lady, for giving birth to 8 or 9 Hindu children. Most modern Hindu women today are not enthusiastic about giving birth to even 2 children, as a result of which the Hindu birth rates are rapidly falling.

Santaana Lakshmi is an aspect of Maha Lakshmi Devi whom we Hindus worship because She blesses us with progeny. ‘Demography is destiny’ is the modern parlance of our civilisation celebration of Santaana Lakshmi. Some criticised me for appreciating Rabri Devi ji as she belongs to a non-BJP party, but that doesn’t take away from the fact that she is a Hindu and so are her children.

4. As regards the Sudarshan Ji incident cited by me during the course of a conversation in Jaipur Dialogues, I may say that in my 4 decades of association with Sangh Parivar, I have seen its ideological drift and deterioration to the point of complete neglect of Hindu interests, for promoting which Dr Hegdewar founded RSS. Late Sudarshan Ji knew me personally as we met and had ideological discussions on more than a couple of occasions on certain issues.

In 2001-2  I took leave and went all the way from Odisha to Delhi to meet him, and had a long discussion with him in Jhandewalan on his decision to create Muslim Rashtriya Manch, Sarva Dharma Samaadar/Samabhaav Manch etc. I told him why it was a suicidal move for Hindus. But he was enamoured of Islam and would go to any length to defend it putting even a Tablighi to shame. I met him again after a couple of years, and I noticed that his praise of Islam has gone up by a few notches. In my recent conversation on Jaipur Dialogues, I merely cited 2012 the incident about Sudarshan Ji which was also widely reported by the media at that time. I was merely highlighting my concern which is shared by many Hindus, of the extent of secularization of the leadership of Sangh Parivar which includes the BJP.

4.1. A cover-up of the 2012 Sudarshan Ji incident that he was suffering from dementia or Alzheimer&rsquo's etc was attempted by some who are more concerned for the good name of Sangh Parivar rather than Hinduism. Here is my simple question to them: Isn't it bizarre that a most prominent Hindu leader of a ‘ Hindu' organization supposedly suffering from dementia or Alzheimer’s had the mental faculties to decide to go on a Muslim festival Eid day to a specific Taj ul Mosque to offer Namaz? Cover-ups have to be more intelligent and believable!

4.2. I have no axe to grind with anyone. Like many Hindus, I too want the RSS to course correct to fulfil its founder’s purposes namely, pursuing Hindu interests.

4.3. As regards my tweet about an article of Sonali Ranade, first of all, I didn’t know who she is. Secondly and more importantly, her article, in my opinion, is brilliant. I deleted the tweet after coming to know about the background. However, my larger point is, we Hindus should analyse issues without blinkers, and not hesitate to appreciate when something is worth appreciating even if it is from those who are ideologically different.

5. Regarding my appreciation of Sri KCR Garu, I may state that the Telangana area after the fall of the Kakatiya empire in 1336-7, intermittently remained for another about 100 years under a confederation of local Hindu rulers who drove away Islamic invaders and restored many destroyed Temples etc.

It finally came under Muslim rule from the latter part of 15"century to 1949. Thus for almost 500 years Telangana mostly experienced the destruction of Hindu Temples etc. Barring Bhadrachalam Sita Ramachandra Temple built by Sri Rama Das, no new Temple of significance was constructed from the late 15" century to now in Telangana.

And for the first time in the last 500 years and also for the first time since Independence here is a Chief Minister Sr KCR Garu who took up reconstruction of Temples starting with Narasimha Swamy Temple, Yadadri by spending about Rs. 1500 crores. He also announced a sanction of Rs. 100 Crores annually for development Raja Rajeswara Temple, Vemulawada.

He organised Ayutha Maha Chandi Yagam on a large scale by inviting dignitaries, Veda Pandits and Dharmacharyas from all over India. He has sanctioned salaries for Pujaris and regular money for meeting the basic needs of small Temples. Should we Hindus not appreciate this very good Hindu work by Sri KCR Garu? Can anyone cite even one example of any PM, CM or Minister from BJP who has done anything like this to Hindus and Hinduism?

6.1. About the lack of a Hindu ecosystem, many well-meaning Hindus justifiably rue. The fact of the matter is that the ecosystem develops and flourishes around an ideology or theology. When we replace ideological or theological commitment with loyalty to an individual, then it is sycophancy, not the ecosystem that flourishes.

Thank you and Regards.

Here is my????clarification to those who have genuine doubts with regard to my recent YouTube talk and some tweets, in order to set the record straight. pic.twitter.com/0ilu00q0Nw


Also Stated in another tweet in the replay to a tweet " No politician does anything out of pure love for Hinduism or Hindus. They do it for their own political purposes. All that we have to see is whether it benefits or harms Hindu interests. Rajiv Gandhi's action of unlocking RJB benefited Hindus. That's my simple point. "

Thank you.
No politician does anything out of pure love for Hinduism or Hindus. They do it for their own political purposes. All that we have to see is whether it benefits or harms Hindu interests. Rajiv Gandhi's action of unlocking RJB benefited Hindus. That's my simple point.