Combined power of all needed to fight covid- PM with Governors

Prime Minister's Office PM interacts with the Governors on Covid-19 situation and Vaccination Drive in the country Governors are an important pillar of Janbhagidari in this battle against Covid: PM , Combined power of all community organizations, political parties, NGOs and social institutions needs to be harnessed in this fight: PM ,PM emphasizes significance of tracking, tracing and testing; highlights importance of increasing RTPCR tests , Government is committed to ensuring adequate availability of vaccines: PM 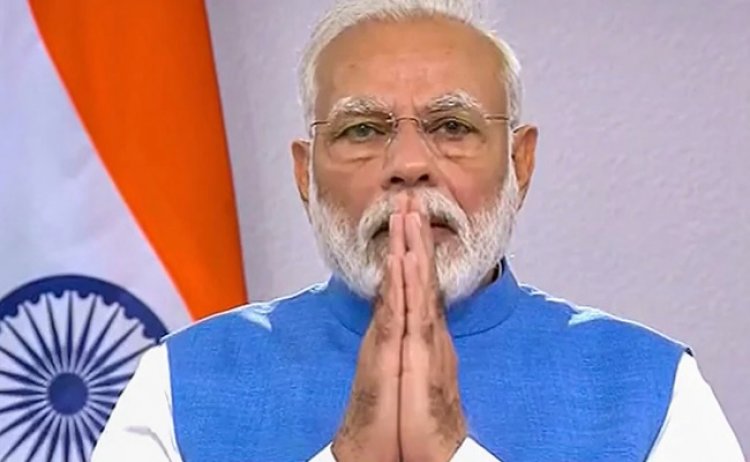 Prime Minister Shri Narendra Modi today interacted with Governors of States regarding the Covid-19 situation and ongoing vaccination drive in the country, through video conferencing.

Prime Minister said that in the battle against Covid, along with the vaccines, our values and sense of duty are our biggest strengths. Praising the citizens who participated in this battle last year considering it their duty, he said that the same feeling of Janbhagidari needs to be encouraged now as well. He said that the role of the Governors, through appropriate utilization of their social capacity, thus becomes all the more critical to achieving this. Governors are an important link to ensure better coordination between State Governments and society, he said, adding that the combined power of all community organizations, political parties, NGOs and social institutions needs to be harnessed.

Prime Minister suggested that the Governors can actively engage to ensure that social institutions collaborate seamlessly with the State Governments towards micro containment. He said that their social network can help ensure an increase in the capacity of ambulances, ventilators and oxygen in hospitals. Along with spreading the message about vaccination and treatment, the Governors can also spread awareness about AYUSH related remedies.

Prime Minister noted that our youth, our workforce, is an important part of our economy. Hence, it is important to ensure that our youth follows all Covid related protocols and precautions. He said that the Governors’ role is also critical in ensuring the greater engagement of our students in University campuses towards this Janbhagidari. We also need to focus on better utilization of facilities at University and College campuses, he added. He said that just like last year, NCC and NSS also have a key role to play this year as well. Prime Minister said that the Governors are an important pillar of Janbhagidari in this battle and their coordination with State Governments and guidance to institutions of the State will further strengthen the nation’s resolve.

Discussing the rise in the number of Covid cases, the Prime Minister said that in this stage of the fight against the virus, the country stands to gain from last year’s experience and improved healthcare capacity. He discussed the increase RTPCR testing capacity and noted that the country has become Aatmanirbhar with respect to kits and other material related to testing. All this has led to a reduction in the cost of RTPCR tests also. He added that most of the products related to testing are also available on the GeM portal. Prime Minister emphasized the significance of increasing tracking, tracing and testing, and said that RTPCR testing needs to be increased from 60% to 70%. He said that it is pertinent to ensure that more and more people get tested.

Prime Minister underlined that the government is committed to ensuring adequate availability of vaccines. He highlighted that India has become the fastest nation to reach the landmark of 10 crore vaccinations. Noting the positive impact of Tika Utsav in the last four days, he said that in this period, the vaccination drive was expanded and new vaccination centres also came up.

The Vice President appreciated the Prime Minister for leading the fight against Covid and his proactive steps to develop the infrastructure required to tackle the pandemic. He also highlighted the scientific community's contribution in giving a vaccine to India and the whole world. He also talked about the contribution of healthcare workers, sanitation workers, and other frontline workers who have played a vital role during the pandemic.

The Vice President called upon the Governors to bring up a coordinated front by leading all-party meetings in their respective states and engaging with civil society organisations to spread awareness about covid-appropriate behaviour. The Vice president said that a 'Team India spirit' cutting across policy lines should be adopted, and in this regard, Governors as the 'Guardians of the State' could guide the State Governments.

Union Home Minister stressed the importance of saving each and every life. Union Health Secretary gave a presentation on Covid cases and vaccination drive. He gave an overview of how India has followed a proactive and pre-emptive approach in this endeavour.

The Governors shared details of how their respective states are tackling the spread of the virus and coordinating activities towards ensuring a smooth implementation of the vaccination drive, while also mentioning the deficiencies of healthcare facilities in the States.

They gave suggestions for further improvement in the efforts and shared plans of how Janbhagidari can be increased through the active social engagement of various groups.

Ministry of Health and Family Welfare, More than 1.94 cr Vaccination Coverage till...

Draft of Science and Technology and Innovation Policy 2020 has been finalized by...