From NCC cadet to Assistant Professor of Central University to Founder & Editor in Chief of Journal, represented the University in the Festival of Innovations-2016 held at Presidential house-Rastrapathi Bhavan. 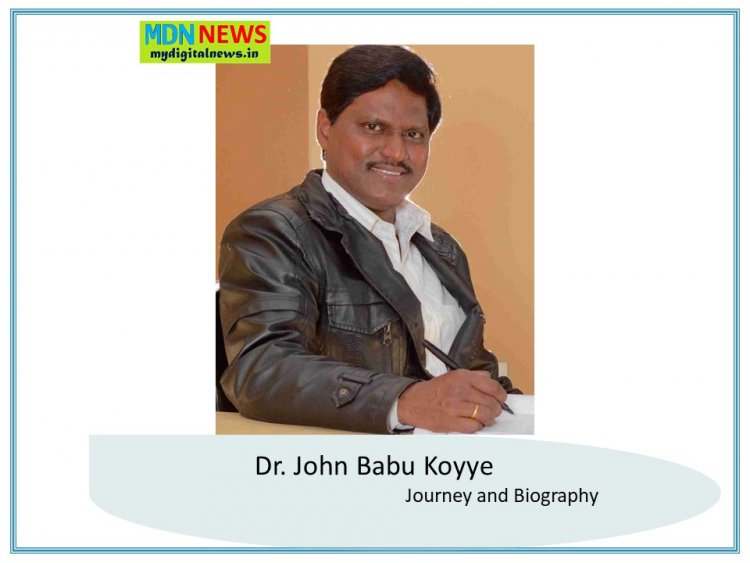 He has represented the University in the Festival of Innovations-2016 held at Presidential house-Rastrapathi Bhavan, New Delhi. He is the founder and the Editor-in-Chief of the International Journal of Communication & Social Research (IJCSR), a UGC approved publication from India aims at media and journalism research with a special focus on development themes.

He also serves on the editorial board of the International Journal of Multidisciplinary Educational Research (IJMER).

Dr John maintains an active research and teaching programme that applies communication for development. He has combined his academic research with video production and made a documentary “Communication for Gujjars of Kashmir.”

He is the resource person in the traditional media “puppetry” and included it in the classroom curriculum. He is also instrumental in generating awareness on social issues through “puppetry”. He is the founder of an NGO, Mission for Integration Service Peace and Awareness (MISPA), based in Visakhapatnam, works on building and imparting awareness on a lot of social issues.

He has edited three reference volumes-Media and Communication for Development (2016), Media and Human Rights (2015) and Role of Radio in Primary Education (2010), apart from 27 papers published in reputed Journals and Chapters in Edited Volumes. He has attended and presented papers in 41 seminars/conferences.

He serves on the Coordinator-Innovations and Liaison Officer-OBC Reservation Cell in the University.

John holds a PhD in Journalism and Mass Communication and a dual MA in Philosophy and Religious Studies from Andhra University.

DISSERTATIONS: Guided students in their research of Master level Dissertation in partial fulfilment in Journalism & Mass Communication ANU during 2010-13 (30) and in the Dept. of Convergent Journalism CUK (6 in 2014, 9 in 2015).

RADIO PROJECTS: Guided 90 students worked on the production of radio capsules in partial fulfilment of Master degree in Journalism & Mass Communication through ANU.

Conducted Puppet-show programmes on various social themes as a part of academic exhibitions in the Dept. of Journalism and Mass Communication, Acharya Nagarjuna University from 2010 to 2013.

Conducted about 100 Puppet-show programmes on AIDS awareness in urban slums and villages of Visakhapatnam. Collaborated with State Government AIDS awareness programmes of ASHA I and Asha II.  http://www.thehindu.com/2005/12/18/stories/2005121804390200.htm

By the Central Board for Workers Education (CBWE) Visakhapatnam region on November 14, 2006, for Social Service and creating awareness on AIDS through Puppet shows.

By the Lions Club of Visakhapatnam for best Teaching and social service on the eve of Teachers Day on September 5, 2005.

Praveen’s decision did not surprise me: Sunil Kumar PV IPS