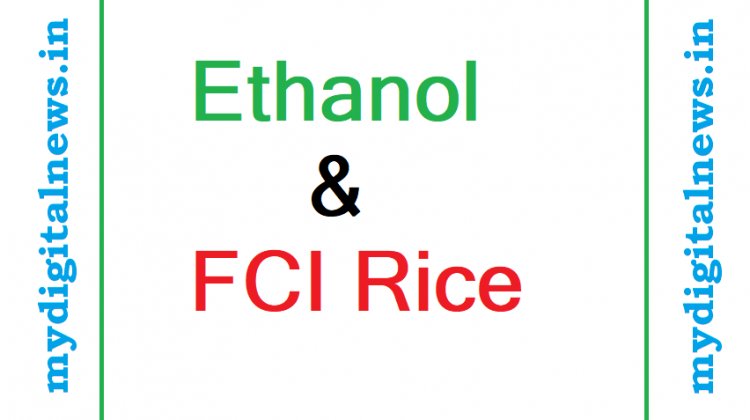 Ethanol production and FCI Rice what is it

The Central government has allocated 78,000 tonnes of rice procured for food security purposes to be diverted to ethanol production instead this year, at a subsidised rate of ₹20 a kg, Food Secretary Sudhanshu Pandey said.

This is part of the government’s plan to double distilling capacities by 2025, partly by encouraging an increase in the share of grain-based ethanol production from the current focus on molasses-based production.

in June of 2021, Prime Minister Narendra Modi presented a road map advancing the target date for achieving a 20% blending of ethanol in petrol by five years to 2025. The last two years have seen blending levels of around 5%, which is likely to jump to 8.5% in the current year, according to a Ministry statement.

Bioethanol: It is derived from corn and sugarcane using a fermentation process. A litre of ethanol contains approximately two-thirds of the energy provided by a litre of petrol.

When mixed with petrol, it improves the combustion performance and lowers the emissions of carbon monoxide and sulphur oxide.

Ethanol Blending Programme (EBP): It aims at blending ethanol with petrol, thereby bringing it under the category of biofuels and saving millions of dollars by cutting fuel imports and decreasing carbon emissions.

The target is to achieve a 20% blending of ethanol by 2025. In 2018, the Central Government extended the ambit of the EBP programme to extract the fuel from surplus quantities of food grains such as maize, jawar, bajra fruit and vegetable waste.

Earlier, only excess sugarcane production was allowed to be converted into ethanol for procurement under the programme. First-generation bioethanol: These are made from food sources such as sugar, starch, vegetable oil, or animal fats using conventional technology.