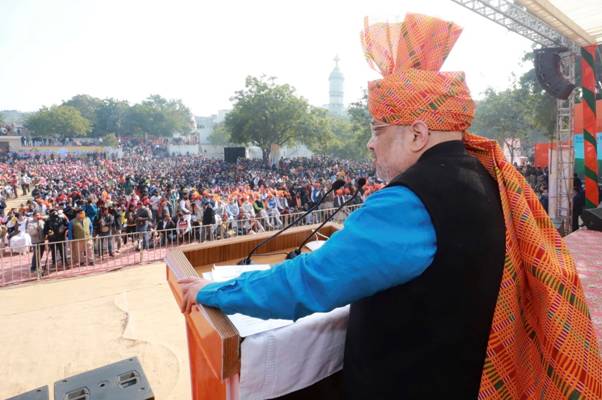 Union Home Minister Shri Amit Shah joined a group of farmers at Mehrauliin New Delhi today as the Prime Minister Shri Narendra Modi addressed them. Speaking on the occasion, Shri Amit Shah said that under the leadership of Prime Minister Shri Narendra Modi, the Central Government is committed to the welfare of farmers. All farmers in the village expressed their full faith with enthusiasm and zeal in all the farmers’ welfare policies and agricultural reforms of the Modi government. The Union Home Minister said that for the last six years, the Modi government has taken every decision keeping in focus the poor, farmers and the underprivileged that empowered them with their rights and changed their lives for the better. The PM Kisan is also one such unprecedented scheme whereby Modi ji sends ₹ 6000 to farmers' accounts every year.

Shri Amit Shah said that the Prime Minister Shri Narendra Modi ji today released another installment of PMKisan, crediting ₹ 18,000 crores in the accounts of 9 crore farmers so that they can fulfill their agriculture related needs.“I congratulate Modi ji for his dedication and commitment towards empowerment of the farmers.”The Union Home Minister said that when the Hon'ble Prime Minister came out with the KisanSamman Nidhi scheme, almost all the Opposition leaders opposed it. They demanded waiver of farmers’ debts.Shri Shah said that while the UPA government waived off a loan of just Rs. 60,000 crore in 10 years, the Prime Minister, Shri Narendra Modi ji, has, in just two-and-a-half years, transferred Rs 95,000 crore so far directly to the accounts of ten crore farmers Presenting a comparative study of agricultural data before and after 2014, Shri Amit Shah said that the production of food grains in 2013-14 was only 265 million tonnes whereas today it has increased to 296 million tonnes.In 2013-14 the agricultural budget was only Rs 21,933 crore whereas today the agriculture budget under the leadership of Prime Minister Shri Narendra Modi ji has increased to Rs 1,34,399 crore. He said that those who could not increase the agricultural budget, today they are demanding explanations from us. Shri Shah said that today I want to tell the farmer brothers across the country that the opposition leaders do not have any issues, they are only spreading lies.Prime Minister Narendra Modi has clarified many times and today I want to make it clear again that MSP was, is and always will be there. For years, farmers had demanded that the MSP be at least one-and-a-half times the cost of their crops, but for 70 years successive governments did not take any action on it. Prime Minister Shri Narendra Modi ji fulfilled the demands of farmers, ensuring them one-and-a-half times the cost price of crop production. 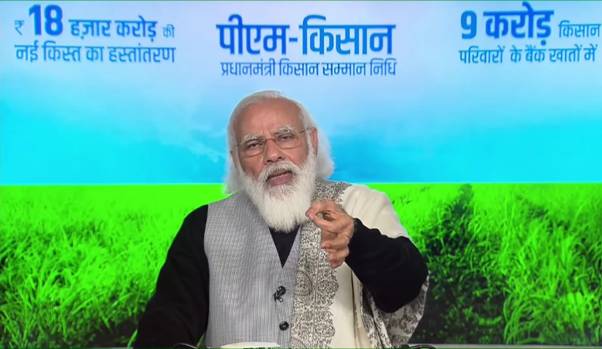 The Union Home Minister also said that between 2009-2014, only about Rs 3,74,000 crore was spent for the purchase of paddy and wheat, while between 2014-2019, paddy and wheat worth Rs 8,22,000 crore was purchased. Apart from this, the Modi government took several initiatives like the Soil Health Card and Neem Coated Urea, which have benefited the farmers of the country. About 1,000 mandis across the country have been made online, enabling the farmers to fetch the best prices for their crops. The Prime Minister Crop Insurance Scheme has benefited more than six-and-a-half crore farmers of the country.About 10,000 farmer producing organizations have been set up and a provision of Rs 7,000 crore was made for this. Another Rs 500 crore was arranged for honey production. Under the Prime Minister Irrigation Scheme, work has been done to irrigate 55 lakh hectares of land through micro-irrigation scheme. 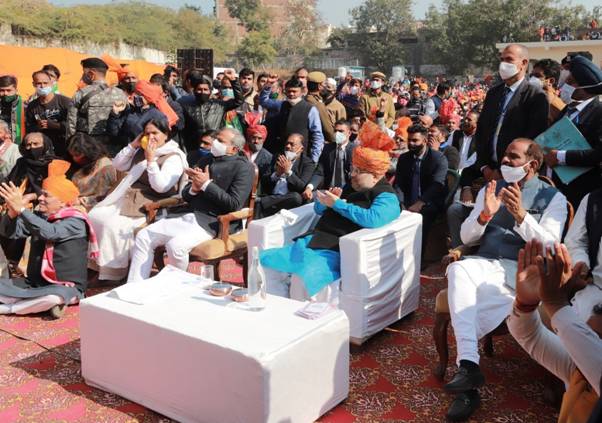 Shri Amit Shah said I just want to assure my farmer brothers across the country regarding the hue and cry the Opposition parties have raked up on the Agrarian Reforms laws, that all the three Agrarian ReformsActs are in the best interest of the farmers, there is no harm to the farmers, neither the Mandis will be closed nor can anyone snatch even an inch of farmers’ land. So long as Shri Narendra Modi ji is the Prime Minister of the country, no corporate can take away the land of the farmer brothers. Mandis will also be operational. He said that I want to ask the opposition leaderswhich provision of these agrarian reform laws says that the mandis would be closed down. If you have the courage, come for a debate, our MPs are ready to discuss with you. 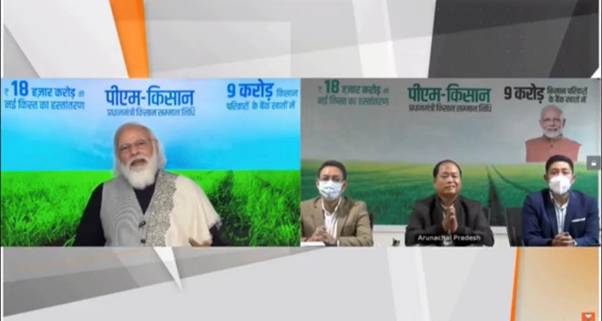 The Union Home Minister said that the Shankarlal Guru Committee had recommended the agricultural reform laws that the Prime Minister Shri Narendra Modi has now brought in; in 2001, Montek Singh Ahluwalia also retained these proposals, Sharad Joshi Task Force also recommended it. These proposals also came in the Model APMC Act of 2003, these recommendations were also made in the report of the Swaminathan Commission and it was also recommended in the committee which was formed while Sharad Pawarji was the Agriculture Minister.Shri Shah said that today farmers across the country want to ring up our Agriculture Minister Shri Narendra Singh Tomar ji and meet him and give their support to these agricultural reform laws. They are supporting the three agrarian reform laws because they know that these agrarian reform lawsare in the best interest of the farmers. Leave aside the opposition, they have political interest but still if the farmers' organizations feel that any provision of these agricultural laws will hurt the farmers, then the government is ready to discuss that provision with the farmers' organizations with an open mind. Let you bring forth those provisions, let’s discuss. If any provision is anti-farmer then the Shri Narendra Modi government is ready to consider it. Shri Shah said that the Modi government will always work for the welfare of the farmers of the country and will not rest till doubling the farmers’ income is achieved. 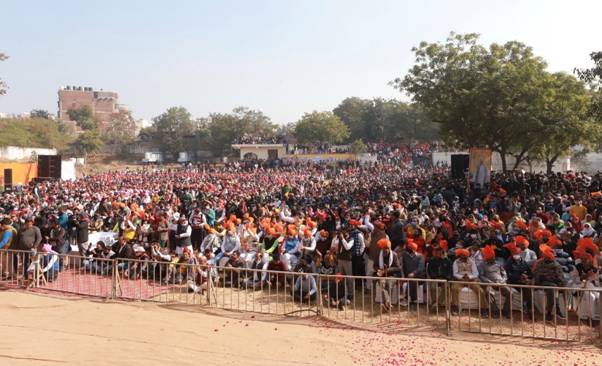