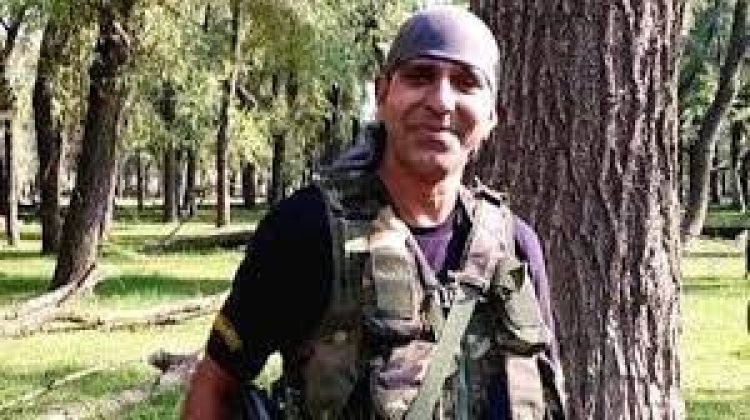 Ram was born on May 15, 1972, in Dharana village in the Poonch district of Jammu region's Mendhar district, had aspired to join the armed services since he was a child. Police career

After completing his education, he was assigned as a constable in the J&K Police in 1999. On July 27, 2002, he was assigned to the Special Operations Group (SOG) in Srinagar, where he participated in numerous anti-terror operations in which a number of hardcore terrorists were killed.

During his time in the anti-insurgency unit, the braveheart took part in 14 battles in which 28 terrorists were killed. Babu Ram was a frequent frontrunner in counter-terrorist operations, had also got a premature promotion for his gallantry and conscientiousness. Gallant Action

J&K Police ASI Babu Ram and his squad were keeping a check on the vehicles travelling across the route. Three terrorists arrived in a scooty during this time.

They attacked a paramilitary force member who was standing among the throng on the highway and opened fire on the Naka party indiscriminately while attempting to take his weapon.

Due to this, there was chaos, ASI Babu immediately fired in the air while saving the people.

Due to this the terrorists got scared and saved their lives and entered the nearby locality. He followed them with his team and soon surrounded the terrorists in a house.

He began a campaign to free the people who had been confined in the house, which had turned into a terrorist hideout. He urged his team not to break the terrorists' siege.

Meanwhile, additional units of security forces also arrived. Postponing the operation to kill the terrorists, efforts began to persuade them to surrender. This went on till 10 o'clock in the night.

Meanwhile, news came that there are some other people along with the terrorists in the house. Babu Ram again went ahead and when he started evacuating the people trapped there again, he fell victim to the bullets of the terrorists.

He did not give up the front and fought with Lashkar Commander Saqib Bashir in a one-on-one fight. In no time Saqib collapsed. The terrorists would have succeeded in a massive incident if ASI Babu Ram had not acted quickly enough.

Before being slain in the Panthachowk battle, this valiant warrior was responsible for the deaths of 28 terrible terrorist commanders in 14 battles.

On India's 75th Independence Day, the President of India posthumously awarded him the Ashok Chakra for his excellence, bravery, conscientiousness, and devotion. His family members received the award from the J&K Police.