The Himalayan serow (Capricornis sumatraensis thar) is a subspecies of the mainland serow native to the Himalayas. It was previously considered its own species, as Capricornis thar. The Himalayan serow is mostly blackish, with flanks, hindquarters, and upper legs that are a rusty red; its lower legs are whitish. 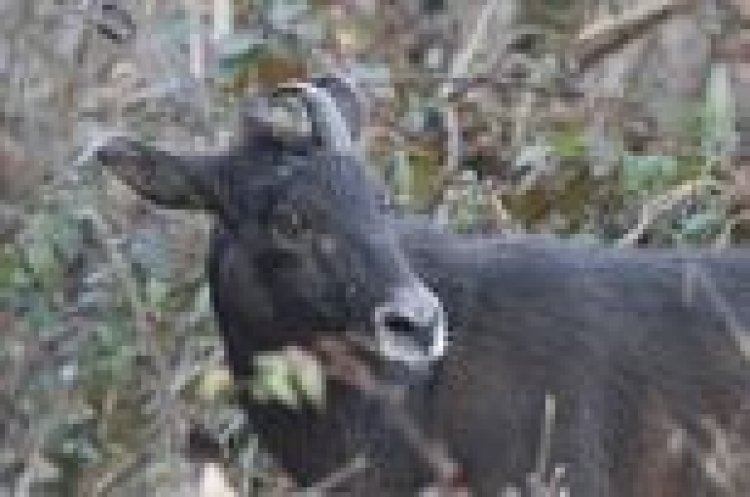 A Himalayan serow has been sighted for the first time in the Himalayan cold desert region (Spiti, Himachal Pradesh). Himalayan serow resembles a cross between a goat, a donkey, a cow, and a pig.

Geographical Location: They are typically found at altitudes between 2,000 metres and 4,000 metres. They are known to be found in the eastern, central, and western Himalayas, but not in the Trans Himalayan region. The Trans-Himalayas Mountain Region or Tibet Himalayan Region is located to the north of the Great Himalayas which consists of Karakoram, Ladakh, Zaskar and Kailash mountain ranges.

Latest Sighting: The animal was spotted near a hurling village in Spiti, Himachal Pradesh. Spiti lies in the cold mountain desert region of the western Himalaya, and its valley floor has an average elevation of4,270 metres above sea level, making the sighting special as Serows are generally not found at this altitude. This is the first recorded human sighting of the serow in Himachal Pradesh. The animal has been spotted a few times earlier in the state, but that has always been through camera traps. The animal has also been spotted in the Rupi Bhaba Wildlife Sanctuary, and in the higher reaches of Chamba. The Sanctuary is locally well known for its extensive alpine pastures as well as the numerous treks, trails and passes that connect it with the neighbouring great Himalayan National ParkandPin Valley National Park.

WALKING THE LARGEST CAT IN THE WORLD! (MY LIGER BOY)