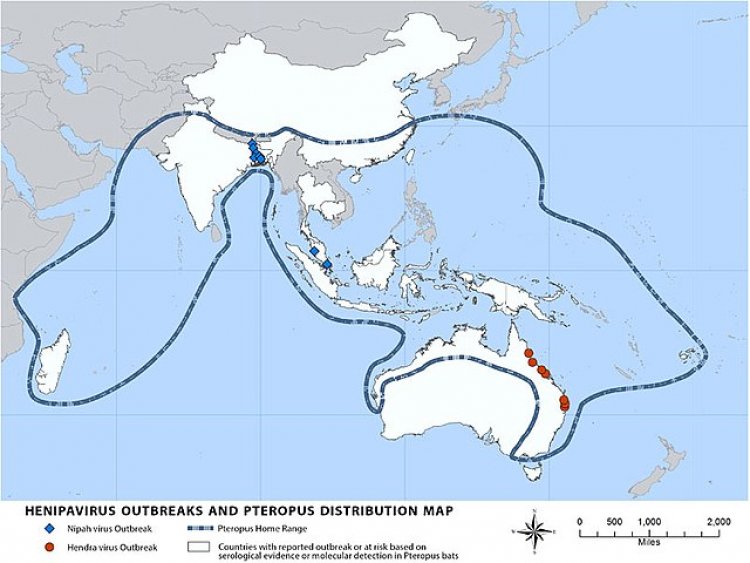 Nipah virus outbreaks have been reported in Malaysia, Singapore, Bangladesh and India. The highest mortality due to Nipah virus infection was found in Bangladesh, where outbreaks are typically seen in winter.

Nipah virus was first seen in 1998 in peninsular Malaysia in pigs and pig farmers. By mid-1999, more than 265 human cases of encephalitis, including 105 deaths, had been reported in Malaysia, and 11 cases of either encephalitis or respiratory illness with one fatality were reported in Singapore. In 2001, the Nipah virus was reported from Meherpur District, Bangladesh and Siliguri, India.

The outbreak again appeared in 2003, 2004 and 2005 in Naogaon District, Manikganj District, Rajbari District, Faridpur District and Tangail District. In Bangladesh, there were further outbreaks in subsequent years.

FAO and World food program-Hunger is expected to rise in...