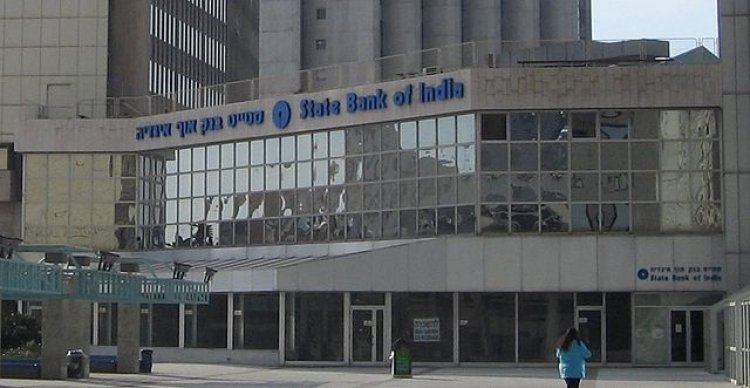 The Israeli headquarters of the State Bank of India, located in Ramat Gan, Tel Aviv District

Bilateral trade between India and Israel grew from $200 million in 1992 to $4.52 billion in 2014. As of 2014, India is Israel's tenth-largest trade partner and import source, and seventh-largest export destination.

India's major exports to Israel include precious stones and metals, organic chemicals, electronic equipment, plastics, vehicles, machinery, engines, pumps, clothing and textiles, and medical and technical equipment. Israel's imports from India amounted to $2.3 billion or 3.2% of its overall imports in 2014.

In 2007, Israel proposed starting negotiations on a free trade agreement with India, and in 2010, then Indian Prime Minister Manmohan Singh accepted that proposal. The agreement is set to focus on many key economic sectors, including information technology, biotechnology, water management, pharmaceuticals, and agriculture.

In 2013, then Israeli Minister of Economy Naftali Bennett projected a doubling of the trade from $5 to $10 billion between the two countries if a free trade agreement was successfully negotiated.

Following the coronavirus pandemic, on 9 April 2020, India exported to Israel a five-ton shipment of drugs and chemicals. The consignment included ingredients for the drugs hydroxychloroquine and chloroquine. On this occasion, Sanjeev Singla, India's ambassador to Israel stressed the bilateral ties between both countries.

It was in March 2020, that Prime Minister Benjamin Netanyahu asked Modi to exempt Israel from the export ban on raw materials used to make medicines that would help in treating the patients affected with coronavirus. Israel will be sending life-saving equipment including oxygen generators and respirators to India throughout the week to assist it in the fight against coronavirus.

The 10 major commodities exported from India to Israel were:

The 10 major commodities exported from Israel to India were: