Patal Bhuvaneshwar (Hindi पाताल भुवनेश्वर) is a limestone cave temple 14 km from Gangolihat in the Pithoragarh district of Uttarakhand state in India. It is located in the village Bhubneshwar. Legend and folklore have it that this cave enshrines Lord Shiva and thirty-three Koti demigods [33 types and not crore].

The cave is 160 m long and 90 feet deep from the point of entrance. Limestone rock formations have created various spectacular stalactite and stalagmite figures of various hues and forms.

This cave has a narrow tunnel-like opening which leads to a number of caves. The cave is fully electrically illuminated. Built by the flow of water, Patal Bhuvaneshwar is not just one cave, rather a series of caves within caves.

"He who wants to feel the presence of eternal power should come to the sacred Bhuvneshwar situated near the confluence of Ramganga, Sarayu and Gupt-Ganga." -Manaskhanda, Skandapuran, whose 800 verses refer to Patal Bhuvaneshwar.

The first human to discover this cave was Raja Ritupurna who was a king in Surya Dynasty who was ruling Ayodhya during the Treta Yuga. The story starts with Ritupurna and King Nala. It is said that once, King Nala was defeated by his wife, Queen Damayanti.

In order to escape his wife’s prison, Nala requested Ritupurna to hide him. Ritupurna took him to the forests of the Himalayas and asked him to stay there. While going back home he was fascinated by a deer that ran into the woods and went after it.

He could not find it and took a rest under a tree. He had a dream where the deer was asking Ritupurna not to chase him. His sleep broke and as he woke up and went to a cave where a guard was standing. After enquiring about the cave he was allowed to go inside.

Right at the entrance, Ritupurna met Sheshnag who agreed to take him through the cave. It carried him on its hood. He saw the marvels of Gods taking place inside. He saw all the 33-Koti (33 types of god, not 33 crore ) gods and goddesses including Lord Shiva himself.

It is said that after his visit, the cave was closed for ages with a slight prediction in the Skandpurana that it will be reopened again in Kali Yuga. Shankaracharya in Kali Yuga, during his visit to the Himalayas, re-discovered this cave.

Since then regular worship and offers are being done at this place. According to belief King Rituparna of the Sun dynasty (Surya Vansha) discovered the cave in Treta Yuga. Adi Shankaracharya visited this cave in 1191 AD. That was the beginning of the modern pilgrimage history, at Patal Bhuvaneshwar.

The journey inside the cave has to be carried in feeble lights, holding protective iron chains. The Stone formations of Sheshnag can be seen, holding earth, heaven the world beneath. ‘Havan’ (fire sacrifice) is performed in a dimly lit, solemn atmosphere, under the spell of holy chants.

You’ll also be impressed by the visit these parts from the celestial heights of His abode in Kailash. The cave, it is believed, is connected by an underground route to Mount Kailash.

it’s believed that Pandavas, the ‘Mahabharat’ heroes proceeded towards their last journey in the Himalayas after meditating here, in front of Lord Shiva. This hidden pilgrimage situated at 1,350 m above sea level is mainly dedicated to Lord Shiva.

Almost every god that you would have heard of resides in this mystifying cave. It is also believed that you can worship at Patal Bhuvaneshwar is equivalent to worshipping at Char Dham of Uttarakhand.

The priest family, the Bhandari's are performing religious rites at Patal Bhuvaneshwar since the time of the Adi Shankaracharya. More than 20 generations in the line. They are a treasure house of legends, lores, anecdotes and information about this holy place.

It is also believed that this cave is internally connected to the four abodes /seats (Char Dham). According to one belief, the original head of lord Ganesha which was cut down by Lord Shiva, is situated here who creates obstacles for bad people to improve, popularly known as "Vighnaharta".

"This awesome cave is believed to be as old as the earth itself. It has been mentioned in detail in the 103 chapter of Manaskhand of "Skanda Purana".

The first human who entered this cave was king "Rituparna" of the Suraya Dynasty during the Treta Yuga. It is said that during his visit, he had encountered several demons and "Sheshnaag" himself acted as his guide.One can see the gateway of the great ages in Patal Bhuvaneshwar.

There are four entrances inside the cave named ‘Randwar’ ‘Paapdwar’, ‘Dharamdwar’ and ‘Mokshadwar’. The Paapdwar was closed soon after the death of Ravana and the Randwar, literally, the road to war, was closed down after the great Mahabharata war.

At present only two gateways are opened. You can see the tongue of Kali Bhairav, Airavat of Indra, hairs of Lord Shiva and several other wonders inside the caves of Patal Bhuvaneshwar. In Dvapara Yuga this cave was rediscovered by the Pandavas.

In Kali Yuga, Adishankar Acharya consecrates this cave and since 1191, this has been a place of a visit, both for sightseeing and worship." The motorable road ends half a kilometre away from the cave entrance.

You have to descend nearly 100 steps into this narrow cave, to reach the sanctum sanctorum, which gives an overwhelming feeling that you’re entering the centre of the earth. Each stone, each stalagmite within each cave or doorway, in magnificent erection reveals the story of the Hindu pantheon in the shapes of Gods, Goddesses, saints and known mythological characters.

Patal Bhuvaneshwar has emerged as an interesting area for tourists to visit and in the vicinity of the caves, there are a few small hotels available for staying. Good Indian food and also Kumauni food is available there.

Hotels are also available in the nearby town of Gangolihat. After visiting the caves one has an option to move to nearby other towns also namely Berinag and Chaukori. From these places, a picturesque view of the Himalayas can be seen.

There is another hotel which is named Hotel Bhuvaneshwari which provides accommodation at a reasonable cost but in preferred Kumauni cultured based welcome.

Patal Bhuvaneshwar is quite reachable by tri-junction of Seraghat and again can be connected to another sacred pilgrim Jageshwar Dhaam directly via Seraghat-Naini motor road.

Jageshwar can be covered via visiting small villages like Dhankhet, Salla Bhatkot, Nali, Kunj Kimola etc places in between on the bank of the beautiful river Sarayu. 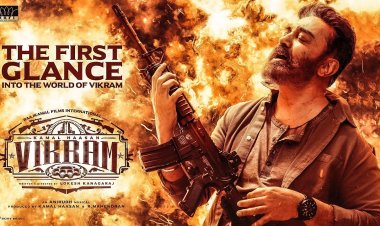