Julia Robert a Hollywood Legendary Actress converted into Hindu.? born October 28, 1967 is an American actress & producer. She is the recipient of numerous accolades, including three Golden Globe Awards and an Academy Award from four nominations, winning the Academy Award for Best Actress for her performance in Erin Brockovich (2000). 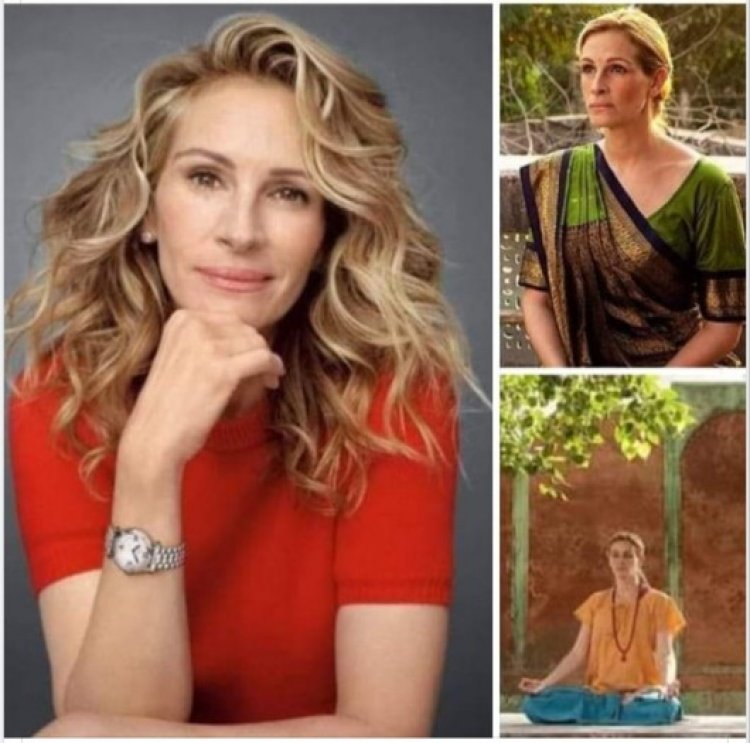 Roberts had romantic relationships with actors Jason Patric, Liam Neeson, Kiefer Sutherland, Dylan McDermott, and Matthew Perry. She was briefly engaged to Sutherland; they broke up three days before their scheduled wedding on June 11, 1991.

Roberts and her husband, cameraman Daniel Moder, met on the set of her film The Mexican in 2000 while she was still dating Bratt. At the time, Moder was married to Vera Steimberg.

He filed for divorce a little over a year later, and after it was finalized, he and Roberts wed on July 4, 2002, at her ranch in Taos, New Mexico. Together, they have three children: twins, a daughter and a son, born in November 2004, and another son born in June 2007.

In 2010, Roberts said she was Hindu. Roberts is a devotee of the guru Neem Karoli Baba (Maharaj-ji), a picture of whom drew Roberts to Hinduism.

Roberts has given her time and resources to UNICEF as well as to other charitable organizations. On May 10, 1995, Roberts arrived in Port-au-Prince, as she said, "to educate myself." The poverty she found was overwhelming. "My heart is just bursting," she said. UNICEF officials hoped that her six-day visit would trigger an outburst of giving: $10 million in aid was sought at the time.

In 2000, Roberts narrated Silent Angels, a documentary about Rett syndrome, a neurodevelopmental disorder. The documentary was designed to help raise public awareness about the disease. In July 2006, Roberts became a spokeswoman for Earth Biofuels, as well as chair of the company's newly formed advisory board promoting the use of renewable fuels. She supported Gucci's "Chime For Change" campaign that aims to spread female empowerment.

Roberts was the voice of Mother Nature in a 2014 short film for Conservation International, intended to raise awareness about climate change.

Roberts runs the production company Red Om Films (Red Om is "Moder" spelled backwards, after her husband's last name ) with her sister, Lisa Roberts Gillan, and Marisa Yeres Gill. Through Red Om, Roberts served as an executive producer of the first four films of the American Girl film series (based on the American Girl line of dolls), released between 2004 and 2008.

What religion is Julia Roberts?