She was chief minister briefly in 1995 and again in 1997, then from 2002 to 2003 and from 2007 to 2012. Mayawati's rise from humble beginnings has been called a "miracle of democracy" by P. V. Narasimha Rao, former prime minister of India] In 1993 Kanshi Ram formed a coalition with the Samajwadi Party and Mayawati became the Chief Minister of Uttar Pradesh in 1995. 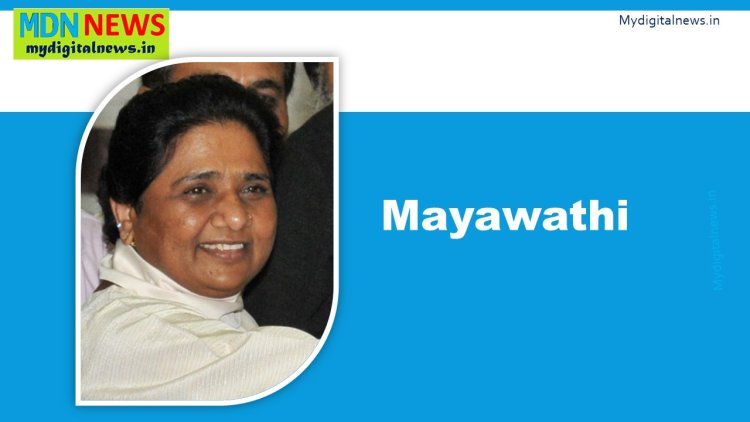 Mayawati (born 15 January 1956) is an Indian politician and social reformer. She has served four separate terms as Chief Minister of Uttar Pradesh. She is the national president of the Bahujan Samaj Party (BSP), which focuses on a platform of social change for Bahujans, more commonly known as Other Backward Castes, Scheduled Castes and Scheduled Tribes as well as converted minorities from these castes.

She was chief minister briefly in 1995 and again in 1997, then from 2002 to 2003 and from 2007 to 2012. Mayawati's rise from humble beginnings has been called a "miracle of democracy" by P. V. Narasimha Rao, former prime minister of India] In 1993 Kanshi Ram formed a coalition with the Samajwadi Party and Mayawati became the Chief Minister of Uttar Pradesh in 1995.

She was the first female Scheduled Caste chief minister in India. In 1997 and in 2002 she was chief minister with outside support from the Bharatiya Janata Party (BJP), the second time only for a year up to 26 August 2003 due to BJP withdrawing support. Mayawati's tenure has attracted praise and criticism.

Millions of Dalits across India view her as an icon and refer to her as Behen-ji (sister). She has been praised for her fundraising efforts on behalf of her party and her birthdays have been widely celebrated by her supporters.

The rise in her personal wealth and that of her party have been criticised as indicative of corruption. After losing the 2012 legislative assembly elections to the rival Samajwadi Party, she resigned from her post as party leader on 7 March 2012. Later that month, she was elected to the Rajya Sabha, the upper house of the Indian parliament.

Literature about Mayawati includes studies and books. One of the first works about her was journalist Mohammad Jamil Akhter's book, Iron Lady Kumari Mayawati. Her autobiographies are Mere Sangarshmai Jeevan Evam Bahujan Movement Ka Safarnama in three volumes in Hindi and A Travelogue of My Struggle-ridden Life and of Bahujan Samaj, in two volumes in English. Behenji: A Political Biography of Mayawati is a biography by veteran journalist Ajoy Bose.

In 2003, Mayawati as the Chief Minister, was awarded Paul Harris Fellow Award by UNICEF, World Health Organization and Rotary International, for her initiative in Polio eradication. Mayawati was also honoured with Rajarshi Shahu Award by Rajarshi Shahu Memorial Trust. In 2008, Forbes added Mayawati in the 59th place on its list of the 100 most powerful women in the world. She appeared in Newsweek's top woman achievers list in 2007. In 2009 a Newsweek article described her as the Barack Obama of India, and a potential candidate for Prime Minister. Time magazine included Mayawati in India's 15 Most Influential list for 2007.

Limitations in regard to the Amendments to the constitution of India,