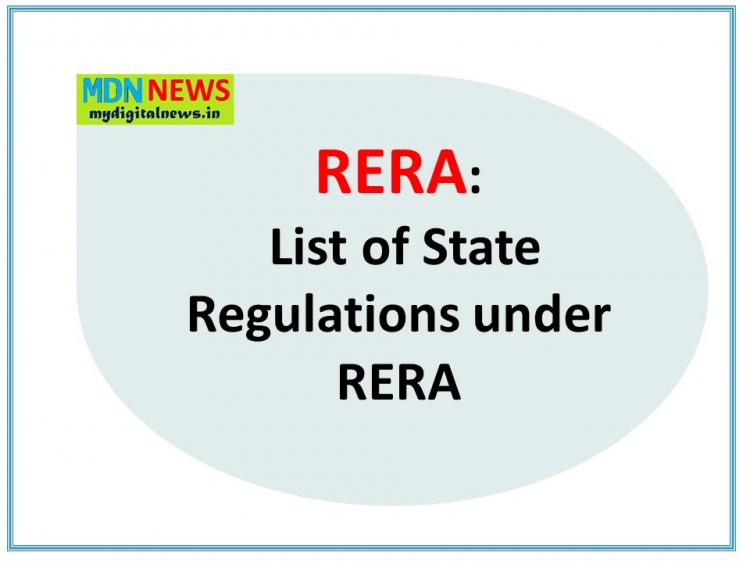 Section 84 of the Act provides that within six months of the Act being enforced, each State Government shall make rules for carrying out the provisions of the Act.

The said Rules are to be notified by the State Government. As late as 31 October 2016, Central Government, released the Real Estate (Regulation and Development) (General) Rules, 2016, vide Notification by the Ministry of Housing & Urban Poverty Alleviation (HUPA).

The Rules so issued by the Central Government are applicable to the five Union Territories without Legislature viz., Andaman & Nicobar Islands, Dadra & Nagar Haveli, Daman & Diu, Lakshadweep, and Chandigarh.

The Rules have been issued after the prior release of Draft for comments. As of 13 July 2019, Arunachal Pradesh, Meghalaya, Sikkim and Nagaland have not been notified of the Rules. In the case of five northeastern states, the RERA Act is facing certain constitutional challenges as the land in those states are community-owned.

However, as of July 2019, many states have not implemented the law and failed to notify a Permanent Regulator, Appellate Authority or a website.

A chart showing the implementation status by different states as of July 2019 can be seen here.

PROHIBITED SECTORS FOR FDI in india

Learn The Truth About Address Authentication In Respect...