MHA: CBI to Inquire into the 2 Deaths of Ms. Rosy Sangma and sri Samuel Sangma

Ministry of Home Affairs : Union Home Ministry Requests CBI to Inquire into the Deaths of Ms. Rosy Sangma and Shri Samuel Sangma. Before his death, Samuel made videos in the hospital accusing the doctors of feeding her ice cream while she was in the intensive care unit, and insisted that their negligence led to her aunt’s death. 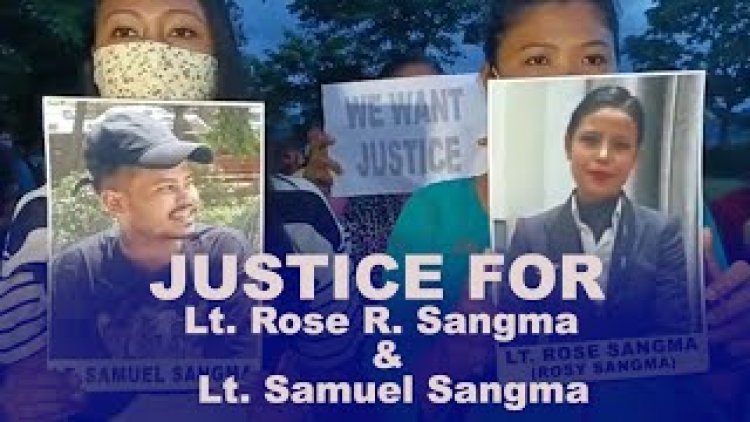 The Union Home Ministry has requested the CBI (Central Bureau of Investigation) to inquire into the case of the deaths of Ms Rosy Sangma and Shri Samuel Sangma.

The North East Students’ Organisation (NESO), an umbrella body of several student unions of the region, has expressed deep anguish over the incident. It has demanded a thorough investigation on both the deaths.

“One does not need to be a medical doctor or forensic expert and just one glance into the victim’s body speaks volumes.

There were injury marks all over the body, with broken teeth and swollen lips,” AHAM said, echoing concerns that the police hadn’t done a “genuine investigation” into his death.

The case relates to the death of Ms Rosy Sangma a hospital in Gurgaon on June 24 this year after she had complained of a medical condition.

Later, Shri Samuel Sangma, a relative of Ms Rosy Sangma, suspecting medical negligence, had an altercation with doctors and staff of the hospital.

On the next day, June 25 the Delhi Police received information regarding the death of Shri Samuel Sangma in New Delhi.

The family of the deceased has alleged that Ms Rosy Sangma had died due to negligence on part of the hospital. They also attributed some alleged foul play to the death of Shri Samuel Sangma by the hospital personnel.

Meghalaya chief minister Conrad K Sangma has expressed concern over their deaths and assured the family that the mystery behind their deaths will be unravelled.