Ministry of Home Affairs: Damage to Crops Due to Cyclones Update 2021 ?

The Primary responsibility for disaster management rests with the State Governments. The State Governments undertake assessment of damages and provide financial relief in the wake of natural disasters including cyclone, from the State Disaster Response Fund (SDRF) already placed at their disposal. Additional financial assistance is extended from the National  Disaster  Response Fund  (NDRF)  as per  the  laid down procedure, which includes an assessment based on the visit of an Inter-Ministerial Central Team (IMCT).

The Central Government, in the case of cyclones Tauktae and Yaas, even before the receipt of memoranda from State Governments, constituted Inter-Ministerial Central Teams (IMCT), which visited the cyclone affected areas of Gujarat, Maharashtra, Goa, Karnataka, Odisha, West Bengal and Daman & Diu for an on-the-spot assessment of damages caused by these cyclones.  Report of IMCTs have been received for the States of Karnataka and Odisha. The reports of the IMCT are placed before the Sub-Committee of the National Executive Committee and the High Level Committee for consideration as per the laid down procedure.

In order to support the affected people of the State Governments affected by Cyclone Tauktae and Yaas, the Central Government released additional financial assistance of Rs. 1000 crore to Gujarat, Rs. 500 crore to Odisha, Rs. 300 crore to West Bengal and Rs. 200 crore to Jharkhand, in advance, from NDRF for management of relief necessitated by cyclonic storms Tauktae and Yaas. Besides, Central Government released the first installment of Central share of SDRF for 2021-22 amounting to Rs. 8873.60 crore on 29thApril 2021 in advance to all States, including the cyclone-affected States.

There are well established institutional mechanisms at the National, State and District levels in the country for appropriate preparedness and taking prompt response measures for effective management of natural disasters including cyclones. Central Government has established a robust early warning system and has significantly improved the accuracy of weather forecasts. Mock exercises and community awareness programmes are being regularly conducted to create awareness among people.

Further, the National Cyclone Risk Mitigation Project (NCRMP) covers eight coastal states, to mitigate the sufferings of the coastal community, who are generally poor and vulnerable to various types of disasters. Multi-purpose Cyclone shelters and early warning systems created under this project proved to be of great help during cyclones.

The measures taken by the Central and State Governments have significantly improved the disaster management practices, preparedness, prevention and response mechanisms resulting in a significant reduction in casualties during natural calamities, including cyclones, in the country. Further, strengthening disaster management is a continuing and evolving process of governance.

This was stated by the Minister of State for Home Affairs, Shri Nityanand Rai in a written reply to a question in the Rajya Sabha today.

Everything you ever needs to know about the National Crime... 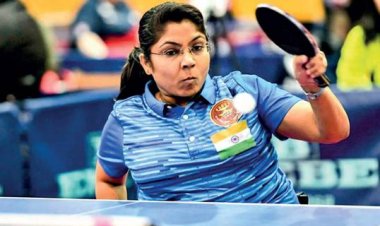