Ministry of Petroleum & Natural Gas: To Promote use of CNG/PNG 2021

A Number of Decisions taken to Promote use of CNG/PNG 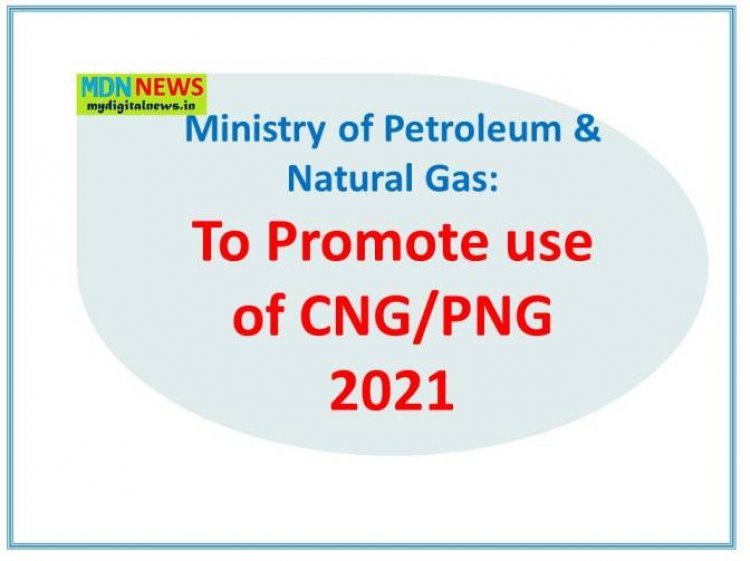 The government has taken a series of decisions to promote the use of CNG and PNG. Development of City Gas Distribution (CGD) networks supports the availability and accessibility of natural gas in form of Piped Natural Gas (PNG) to households, industrial uses and Compressed Natural Gas (CNG) for transportation uses.

Petroleum & Natural Gas Regulatory Board (PNGRB) is the authority to grant authorization to the entities for developing of CGD network in Geographical Areas (GAs) as per PNGRB Act, 2006.

PNGRB web-hosted public notice dated 04.02.2020 wherein a tentative list of 44 identified GAs to be covered under the upcoming 11th CGD bidding round has been prepared which include cities of Bihar, Maharashtra and Uttar Pradesh.

“Guidelines for sale of Biodiesel for blending with high-speed diesel for transportation purposes-2019” have been issued by the Ministry of Petroleum and Natural Gas vide Notification dated 30.04.2019. As per the Notification to avoid entry of unscrupulous biodiesel suppliers, a suitable registration system for biodiesel manufactures, suppliers and sellers will be devised at the State/UT Level.

PNGRB is yet to authorize the Gopalganj and Darbhanga districts of Bihar; Nanded, Hingoli and Yavatmal districts of Maharashtra for the development of the CGD network.

However, Gopalganj, Darbhanga and Hingoli districts have been included in the tentative list of GAs under the proposed 11th CGD bidding round. Nanded and Yavatmal districts of Maharashtra will be covered for the development of the CGD network in future bidding rounds, based on the availability of natural gas pipeline/source and techno-commercial viability.

This information was given by the Minister of State for Petroleum and Natural Gas Shri Rameswar Teli in a written reply in the Lok Sabha today.