Suspicious - netizens are doubting the Mahanth ji's Death, Video In side the Tweet. 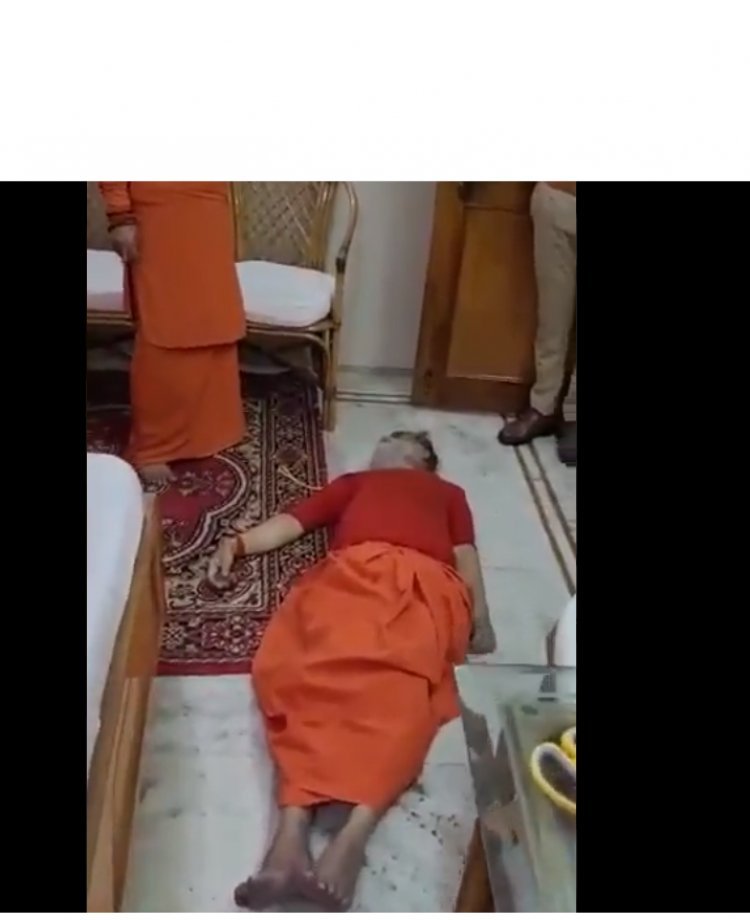 From a Tweeter handle:

Who commits suicide with a running fan??  These pictures of Mahant Narendra Giri's room immediately after his death say a lot. The body of the Mahant is on the ground and the great thing is that without calling the police, the disciples proceeded with the work. That's why the doubt is getting deeper.

The postmortem report of Akhil Bhartiya Akhara Parishad (ABAP) president Mahant Narendra Giri on Wednesday revealed that the seer had died of ‘asphyxia due to hanging’ – a conclusion that adds weight to the theory that the Mahant died by suicide.

On the other hand, police formally arrested his disciple Anand Giri and Bade Hanuman Ji temple priest Adya Prasad Tiwari on charges of abetment to suicide and produced them before a court in Prayagraj which sent them to 14-day judicial Custody.

The body of Narendra Giri was found hanging from the ceiling of his room in Shri Math Baghambari Gaddi in Prayagraj on Monday evening. On the basis of the suicide note, police sought the help of the Uttarakhand police to detain Anand Giri in Haridwar and brought him to Prayagraj while Tiwari was also picked up along with his son. Sources privy to the findings of the postmortem examination, which was conducted by a panel of five doctors at Prayagraj’s SRN hospital and the entire exercise video graphed uncut, said no external injury marks were found on the body of Narendra Giri which further strengthens the suicide theory. “The post-mortem report has confirmed a V mark on the neck of the Mahant, which is caused by hanging,” the source said. The doctors who conducted the post-mortem examination have directed for the viscera to be preserved for chemical analysis – something that is done routinely to rule out other possibilities. Police sources said the fact that the preliminary examination of the scene of the crime did not lead the investigators to any signs of struggle or resistance out up by Mahant Giri only reduces possibilities of any foul play.

Why Israelis are paying tribute to Indian soldiers- Interesting Facts about Battle...