Only MODI’s efforts resulted in getting back 42 from different countries: Sri G Kishan Reddy

Shri G. Kishan Reddy formally hands over Idol of Goddess Annapurna to Uttar Pradesh Government in presence of several Union and State ministers Idol of Goddess Annapurna retrieved from Canada will be placed at its rightful place at the Kashi Vishwanath Temple Varanasi, Uttar Pradesh on 15th November, 2021 With the blessings of Annapurna Devi, our Indian farmers have produced surplus food grain, that has guided the Prime Minister’s Garib Anna Kalyan Yojana during the COVID-19 pandemic: Shri G. Kishan Reddy Before 2014, only 13 idols and heritage objects were returned to India. Since 2014 the Prime Minister’s sustained efforts have resulted in getting back 42 from different countries: Sri G Kishan Reddy. 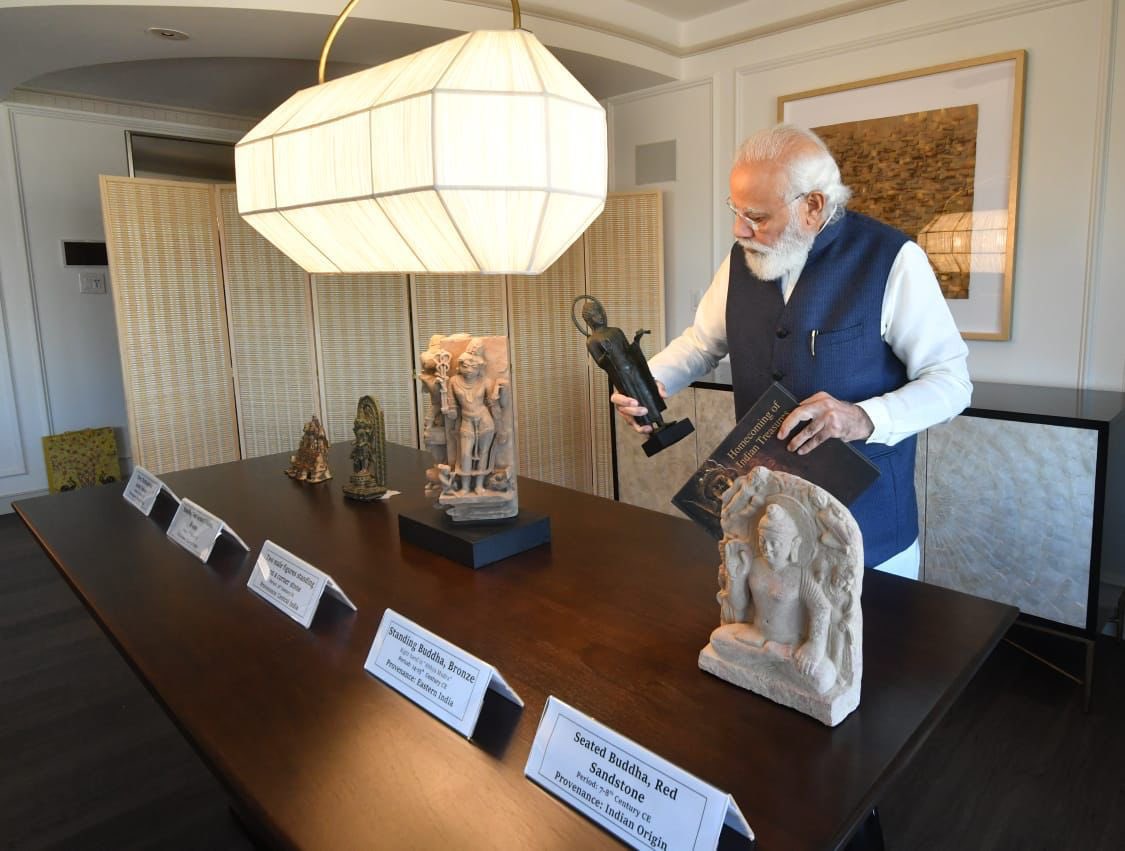 While addressing the gathering at the event, the Union Minister, Shri G. Kishan Reddy said that the Narendra Modi Government is committed to serve the poor, and informed that the government has provided free food grain to 80 crore beneficiaries under the Pradhan Mantri Gareeb Kalyan Yojna.

He said, “The blessings of Annapurna Devi has made it possible for our Indian farmers to produce surplus food grain and has guided the Prime Minister’s Garib Anna Kalyan Yojana during the COVID-19 pandemic”. The free ration will reduce the distress for the poor as the government gave an additional quantity of foodgrains per person, per month free of cost, he added.

The Union Minister also said, “Since 1976, 55 idols have been returned to India.  75% of the idols that have been returned were done so during the tenure of Prime Minister Shri Narendra Modi.Out of the 55 antiquities, 42 were returned after 2014 with the Annapurna Devi being the last addition to this”.

“I would like to thank our Prime Minister Shri Narendra Modi and our Minister for External Affairs Shri S. Jayshankar ji who made efforts to bring home our Gods from abroad”. He also informed the media that 157 more antiques have been identified from the United States of America and will be returning to India soon.

Speaking at the event, the Union Minister said, “The Prime Minister is striving to protect the rich heritage and culture of the country. Soon, the antiquities of various other states will be returned to the respective state governments which includes two idols to Tamil Nadu and one to AP and one to Rajasthan.”

The MoS for Culture Smt. Meenakshi Lekhi thanked the Prime Minister Shri Narendra Modi for his efforts in bringing back the idol of Goddess Annapurna back to Kashi Vishwanath. She said, “The times have changed, earlier the cultural symbols of India were taken out but now the damage is being undone and the treasurers which were lost are now being brought back home to India.” 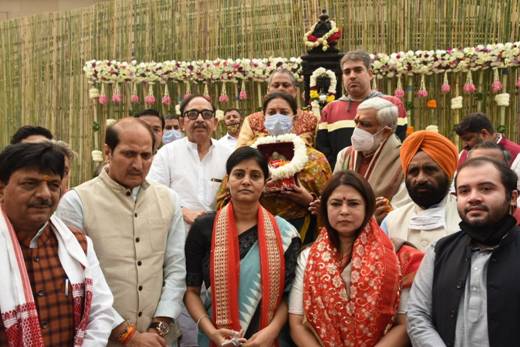 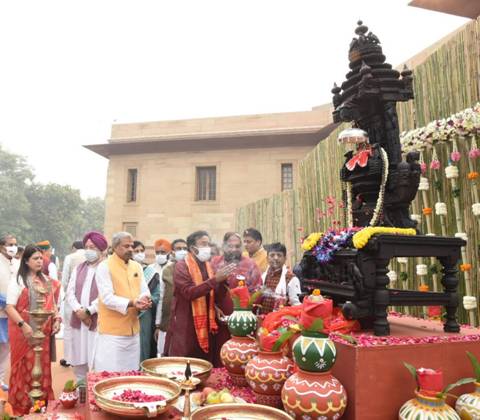 Earlier, the Archaeological Survey of India received the idol of Goddess Annapurna on 15th October 2021. The stone idol measuring 17 x 9 x 4 cm had been stolen from Kashi and smuggled to Canada over a century ago. Devi Annapurna as its name suggests, is the goddess of food and nourishment.

Prime Minister Shri Narendra Modi in his Radio Program ‘Mann Ki Baat’ on 29th November 2020 had announced the return of this idol from Canada. The 18th-century idol was in the University of Regina’s collection at its Mackenzie Art Gallery when it was handed over by the university to India’s high commissioner to Canada last year. The idol will be brought to its rightful place in Kashi Vishwanath Temple Varanasi, Uttar Pradesh.  The hand-over ceremony is the beginning of the five-day journey of Mata Annapurna Devi from Delhi to Varanasi.

Since 1976, 55 idols have been returned to India.  Out of the 55 antiquities, 42 were returned after 2014. Also, recently during Prime Minister Shri Narendra Modi’s visit to the USA, 157 artefacts, antiquities and figurines related to Hinduism, Buddhism and Jainism were handed over by the government of the USA to the Government of India.

India’s economy back on track- Covid is an opportunity to prepare for next 25 y...

The term "line of actual control" is said to have been...