The festival takes place on 14 January of each year during the Makar Sankranti and continues until 15 January. This date marks the end of winter and the return of more clement weather for farmers of the Gujarat region. These days have also become a public holiday within the Gujarat state of India so that everyone can take part in the celebration. 15 January is known as Vasi Uttarayan. 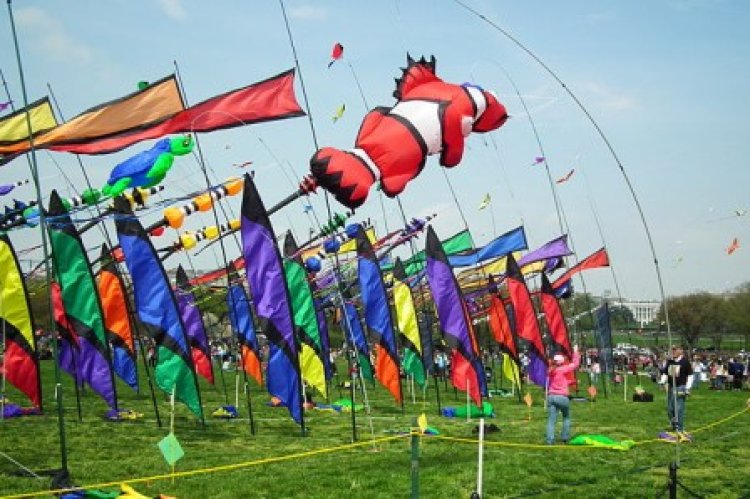 Every year, Gujarat celebrates more than 200 festivals. The International Kite Festival (Uttarayan) is one of the biggest festivals celebrated. Months beforehand, homes in Gujarat begin to manufacture kites for the festival.

The festival of Uttarayan marks the day when winter begins to turn into summer, according to the Indian calendar. It is the sign for farmers that the sun is back and that harvest season, Makara Sankranti/Mahasankranti, is approaching.

This is considered one of the most important harvest days in India as it also marks the end of winter and the beginning of the harvest season. Many cities in Gujarat organize kite competitions among their citizens. In this region of Gujarat and many other states, Uttarayan is such a huge celebration that it has become a public holiday in India lasting two days.

During the festival, local food such as undhiyu (a mixed vegetable including yam and beans), chikki (sesame seed brittle) and jalebi are served to the crowds. Days before the festival, the market is filled with participants buying their supplies.

In 2012, the Tourism Corporation of Gujarat mentioned that the International Kite Festival in Gujarat was attempting to enter the Guinness World Records book due to the participation of 42 countries in it that year.

However, the international kite event takes place in Ahmedabad (kite capital of Gujarat), which accommodates visitors from many nations. The best place to enjoy this festival is the Sabarmati Riverfront (its Sabarmati river bank has a capacity of over 500,000 people) or the Ahmedabad Police Stadium, where people lie down to see the sky filled with thousands of kites.

Many families in Ahmadabad start making kites at home and set up small shops in their own homes. There is a Kite Museum located at Sanskar Kendra in the Paldi area of Ahmedabad. Established in 1985, it contains a collection of unique kites. Other parts of India also celebrate the kite festival, in Delhi on 15 August and in most of Bihar's districts on 14 April.

People offer prayers and eat sattu (made from new crop wheat) and new mangoes (baby mango, also known as Tikola). The festival takes place on 14 January of each year during the Makar Sankranti and continues until 15 January.

This date marks the end of winter and the return of more clement weather for farmers of the Gujarat region. These days have also become a public holiday within the Gujarat state of India so that everyone can take part in the celebration. 15 January is known as Vasi Uttarayan.

The mention of this festival is in Rigveda which dates back more than 5000 years. The day marks the beginning of the auspicious six-month period known as Uttarayana. Today, regardless of people's background or beliefs, they are welcome to fly kites with everyone else in Gujarat in January.

Most visitors arrive from around India, from Gujarat itself or another state. In major cities of Gujarat, kite flying starts as early as 5 am and goes until late at night. Approximately 8-10 million people participate in the festival.

However, many visitors come from around the world, from countries including Japan, Italy, UK, Canada, Brazil, Indonesia, Australia, the USA, Malaysia, Singapore, France, and China to take part in the celebration.

The festival has been strongly influenced by its international participants in recent events, for instance:

The US brought giant banner kites.

This festival is also an occasion for many public entities such as famous dancers, singers, actors, celebrities or politicians who make an appearance and entertain the population. In 2004, for example, the (Bollywood) actress Juhi Chawla was part of the celebration and performed a garba dance, which is very popular in India. Kites are a part of the culture in Asia, which is why most kite festivals take place there. Here are the most popular kite festivals of the world:

Shashi is India's Pride - Punditry is Professionalism of...