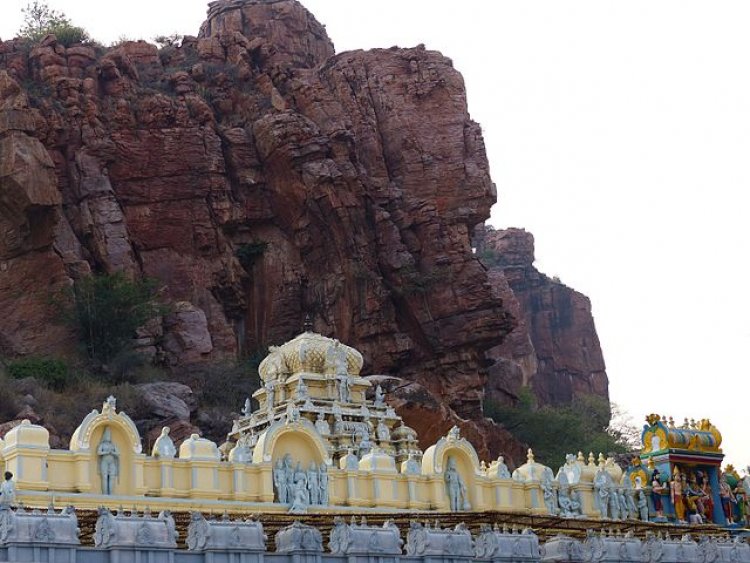 The sacred temple of Sri Veeranjaneya Swamy is situated in Vempalli Village on the right side of the banks of the river Papagni near Palakondalu in YSR Kadapa District. It has gained a great name and fame as vayukshetra.

As per the temple legend, Lord Rama visited this place in his return journey from Lanka after killing Ravanasura and stayed here for some time over the wish of Vayudeva, the father of Anjaneya.

Vayudeva built a Golden Arch on the mountain and welcomed Srirama. At the time Sri Rama engraved the picture of Hanuman with his sharp-edged bow on a hill stone. This idol was consecrated by sage Vyasa. The temple was built in that place. All the religious Kainkaryams are performed in this temple as per Pancharatra Agama.

Sri Veeranjaneya Temple or Gandi Kshetram is a Hindu temple situated at Gandi, a village in the Kadapa district of Andhra Pradesh in India. The temple is dedicated to Lord Anjaneya (Hanuman) who is referred to as Veeranjaneya in this temple.

The history of Kshetram dates back to the period of the Ramayana, Treta Yuga. According to the legend, Lord Rama himself had drawn the picture of Lord Hanuman on the rock with his arrow while resting at this place and was receiving the hospitality of Lord Vayu (God of Air and Father of Lord Hanuman).

The temple, at present is being administered by ENDOMENTS DEPT AP