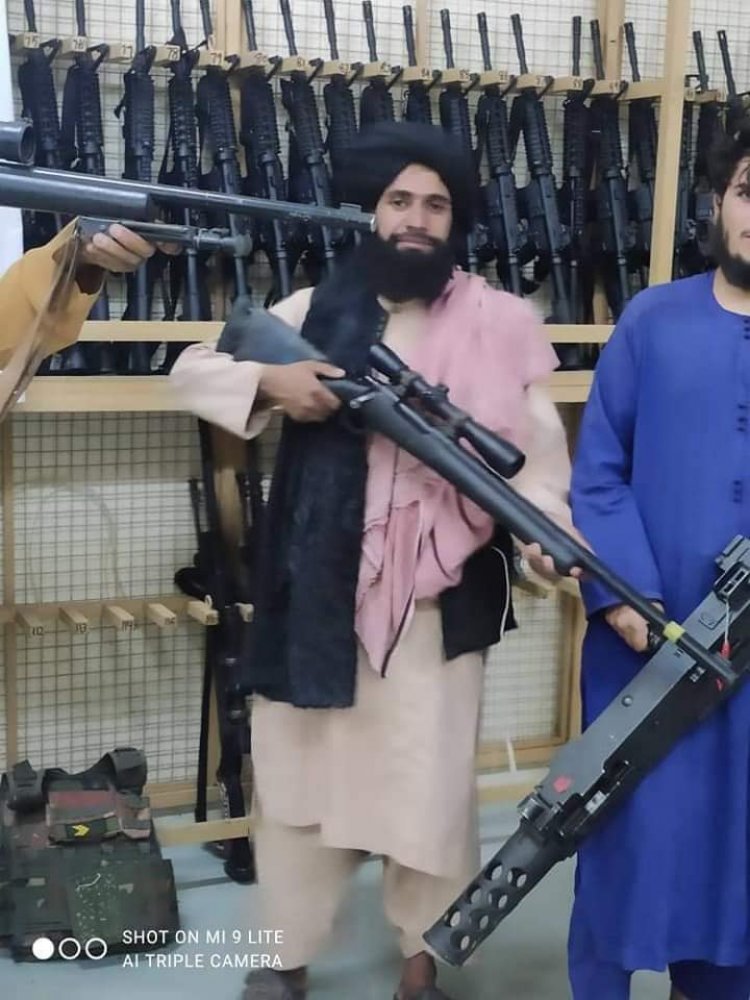 The Taliban previously ruled the country under this name from 1996 to 2001. Between 1996 and 2001, it controlled approximately 90% of the country, whereas remaining regions in the northeast were held by the Northern Alliance, which maintained broad international recognition as a continuation of the Islamic State of Afghanistan.

After the September 11 attacks and subsequent declaration of a "War on Terror" by the United States, international opposition to the regime drastically increased, with diplomatic recognition from the United Arab Emirates and Pakistan being rescinded.

The Islamic Emirate was overthrown by the Northern Alliance on 17 December 2001, which had been bolstered by the ISAF coalition established after a U.S.-led invasion of the country two months prior; this led to the Taliban withdrawal from much of the country and the formation of the Islamic Republic of Afghanistan.

The Taliban began an offensive to regain control of the country in May 2021. The offensive was concurrent with the withdrawal of American troops from the country, which was scheduled to be complete by September 11, 2021 (the twentieth anniversary of the September 11, 2001 attacks).

During the months of June and July, the Taliban steadily made gains in the countryside and isolated urban centres. Beginning on 6 August, the Taliban began capturing urban centres (provincial capitals), and captured the capital city of Kabul on 15 August 2021.

It was rumoured that Abdul Ghani Baradar would be declared the President of Afghanistan following the overthrow of the government of Ashraf Ghani by the Taliban in August 2021. The Supreme Leader of the Taliban is Hibatullah Akhundzada, who has served in the role since 2016.

Style of governance: Iran as a model for the Taliban's new state.

Some observers have suggested that the Islamic Republic of Iran may serve as a constitutional model for the new state, introducing a republican system of governance with a "circumscribed democracy and limited pluralism" that is guided by a "theocratic layer".

Haroun Rahimi, however, notes that local conditions within Iran are fundamentally different than those in Afghanistan, and democratic aspects of Iranian governance are guarded by "a group of influential religious scholars. have always aligned themselves with democratic forces", which does not exist in Afghanistan.

In August 2021, representatives from twelve countries including the United States, China, India as well as the bodies of the European Union and the United Nations met in Qatar to discuss the situation with the Taliban offensive and their impending takeover of its government: all nations and bodies present agreed not to diplomatically recognize any Afghan government which took control through military force.

As of 16 August 2021, no other country has been reported to have recognized the Islamic Emirate as the de jure government of Afghanistan.

And Meanwhile Pakisthan President Imran Khan Greeted the Taliban for Victory and wished them for Formation of Government.

NOTE: This article may be affected by the following current event: 2021 Taliban offensive. Information in this article may change rapidly as the event progresses. Initial news reports may be unreliable. The last updates to this article may not reflect the most current information. Please feel free to improve this article (but note that updates without valid and reliable references will be removed) or discuss changes

Did you know a valiant lady who let her "Bosom" cutoff to secure Netaji Subhash...