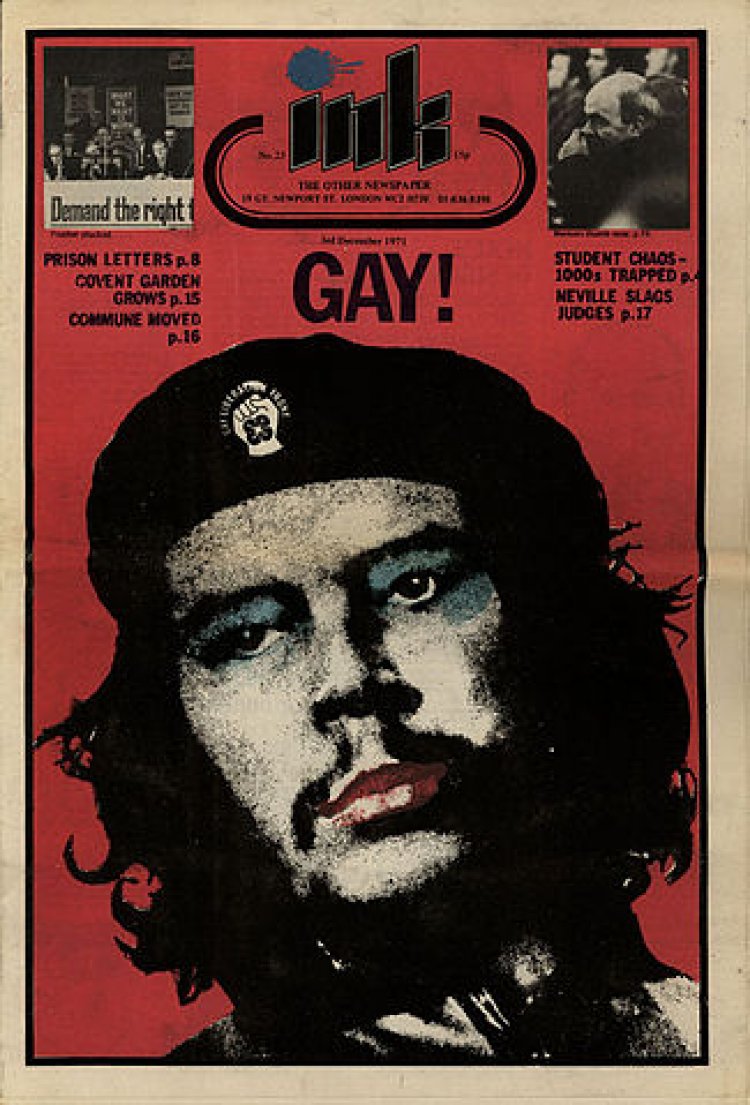 Gay Liberation Front (GLF) was the name of a number of gay liberation groups, the first of which was formed in New York City in 1969, immediately after the Stonewall riots.

But : The UK Gay Liberation Front existed between 1970–1973. Its first meeting was held in the basement of the London School of Economics on 13 October 1970. Bob Mellors and Aubrey Walter had seen the effect of the GLF in the United States and created a parallel movement based on revolutionary politics.

By 1971, the UK GLF was recognized as a political movement in the national press, holding weekly meetings of 200 to 300 people. The GLF Manifesto was published, and a series of high-profile direct actions were carried out, such as the disruption of the launch of the Church-based morality campaign, Festival of Light.

Amongst GLF members taking part in this protest were the "Radical Feminists", a group of gender non-conforming males in drag, who invaded and spontaneously kissed each other; others released mice, sounded horns, and unveiled banners, and a contingent dressed as workmen obtained access to the basement and shut off the lights.

Easter 1972 saw the Gay Lib annual conference held in the Guild of Students building at the University of Birmingham. By 1974, internal disagreements had led to the movement's splintering.

Organizations that spun off from the movement included the London Lesbian and Gay Switchboard, Gay News, and Icebreakers. The GLF Information Service continued for a few further years providing gay related resources.

GLF branches had been set up in some provincial British towns (e.g., Birmingham, Bradford, Bristol, Leeds, and Leicester) and some survived for a few years longer. The Leicester Gay Liberation Front founded by Jeff Martin was noted for its involvement in the setting up of the local "Gayline", which is still active today and has received funding from the National Lottery.

They also carried out a high-profile campaign against the local paper, the Leicester Mercury, which refused to advertise Gayline's services at the time.

The papers of the GLF are among the Hall-Carpenter Archives at the London School of Economics. Several members of the GLF, including Peter Tatchell, continued campaigning beyond the 1970s under the organisation of OutRage!, which was founded in 1990 and dissolved in 2011, using similar tactics to the GLF (such as "zaps" and performance protest[36]) to attract a significant level of media interest and controversy.

It was at this point that a divide emerged within the gay activist movement, mainly due to a difference in ideologies, after which a number of groups including Organization for Lesbian and Gay Alliance (OLGA), the Lesbian Avengers, Sisters of Perpetual Indulgence, Dykes And Faggots Together (DAFT),

Queer Nation, Stonewall (which focused on lobbying tactics) and OutRage! co-existed. These groups were very influential following the HIV/AIDS pandemic of the 1980s and 1990s and the violence against lesbians and gay men that followed.