U.K.’s London School of Hygiene and Tropical Medicine & The Ministry of Ayush-for Ashwagandha

The Ministry of Ayush has collaborated with the U.K.’s London School of Hygiene and Tropical Medicine (LSHTM) to conduct a study on ‘Ashwagandha’ for promoting recovery from COVID-19. 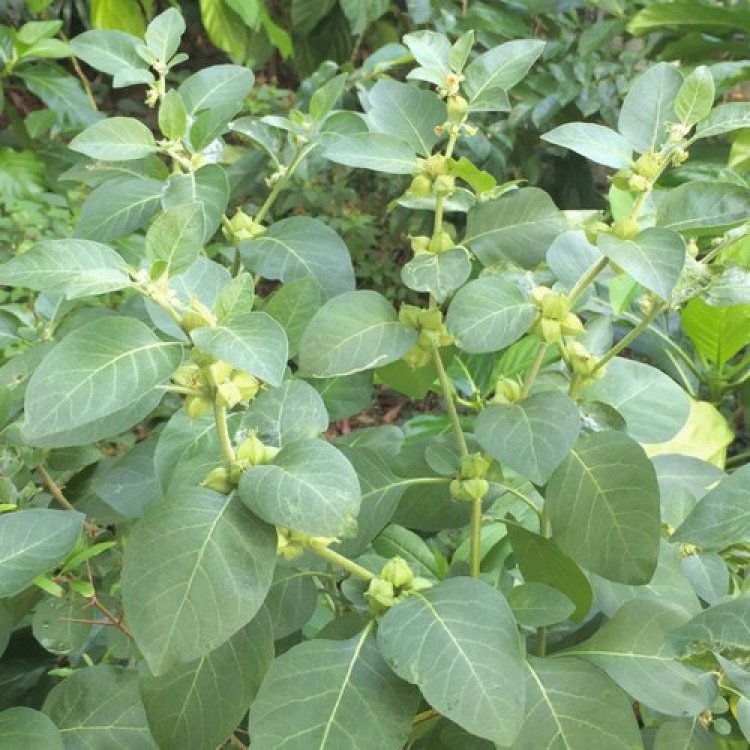 All India Institute of Ayurveda (AIIA), an autonomous body under the Ministry of Ayush, and the LSHTM recently signed a Memorandum of Understanding (MoU) to conduct clinical trials of ‘Ashwagandha’

This is the first time the Ministry of Ayush has collaborated with a foreign institution to investigate its efficacy on COVID-19 patients. The study had been approved by the Medicines and Healthcare Products Regulatory Agency (MHRA) and certified by the World Health Organization Good Manufacturing Practices (WHO-GMP).

Ashwagandha (Withaniasomnifera), also known as Indian ginseng, is an important ancient plant, the roots of which have been employed in Indian traditional systems of medicine, Ayurveda and Unani. It is an erect branching undershrub reaching about 1.50 m in height.  It grows in dry and sub-tropical regions.

Being hardy and drought-tolerant species with its enormous bio compounds, its usage is forever regarded and continues to enjoy the monopoly in many parts of India, particularly in Madhya Pradesh. It grows in dry parts in sub-tropical regions.

Rajasthan, Punjab, Haryana, Uttar Pradesh, Gujarat, Maharashtra and Madhya Pradesh are the major Ashwagandha producing states of the country. Ashwagandha grows well in sandy loam or light red soil having pH 7.5 to 8.0 with good drainage. Black soils or such heavy soils are suitable for cultivation.

It is grown as a late rainy season (kharif) crop. The semi-tropical areas receiving 500 to 750 mm rainfall are suitable for their cultivation as rainfed crops It can tolerate a temperature range of 200C to 380C and even low temperatures as low as 100C.  The plant grows from sea level to an altitude of 1500 meters above sea level.

Medicinal properties and use

Ashwagandha is considered to be one of the best rejuvenating agents in Ayurveda. Its roots, seeds and leaves are used in Ayurvedic and Unani medicines.

Ashwagandha root drug finds an important place in treatment of rheumatic pain, inflammation of joints, nervous disorders and epilepsy. Dried roots are used as tonic for hiccup, cold, cough, female disorders, as a sedative, in care of senile debility, ulcers, etc. Leaves are applied for carbuncles, inflammation and swellings.

Leaf juice is useful in conjunctivitis. Bark decoction is taken for asthma and applied locally to bedsores. Ashwagandha and its extracts are used in the preparation of herbal tea, powders, tablets and syrups.

It has been used for over 3,000 years to relieve stress, increase energy levels, and improve concentration

Withaferin — a compound in ashwagandha — helps induce apoptosis, which is the programmed death of cancer cells (7Trusted Source).

It also impedes the growth of new cancer cells in several ways, It may help alleviate depression, It has been shown to increase natural killer cell activity and decrease markers of inflammation

It may help reduce the risk of heart disease by decreasing cholesterol and triglyceride levels. It supplements may improve brain function, memory, reaction time, and the ability to perform tasks.