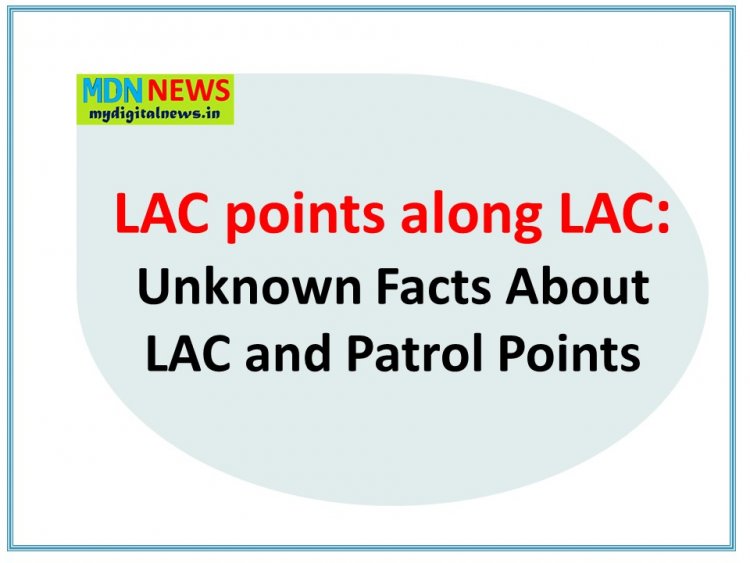 In the 1970s, India's China Study Group identified patrol points to which Indian forces would patrol. This was a better representation of how far India could patrol towards its perceived LAC and delimited India's limits of actual control.  These periodic patrols were performed by both sides and often crisscrossed.

Patrolling Points (PPs) were identified by India's China Study Group in the 1970s to optimize patrolling effectiveness and resource utilization along the disputed and non-demarcated China–India border at a time when border infrastructure was weak. Instead of patrolling the entire border which was more than 3000km long, troops would just be required to patrol up to the patrolling points.

Over time, as infrastructure, resources and troop capability improved and increased, the patrolling points were revised. The concept of patrol points came about well before India officially accepted the Line of Actual Control (LAC). Patrolling points give a more realistic on–ground guide of India's limits of actual control.

Most PPs are close to the LAC. However in the Depsang plains, the PPs still remain well inside, despite having been revised a number of times. Former Army officers have said that PPs are a better on ground picture of India's limits of control.

Based on location, the periodicity of visiting PPs can vary greatly from a few weeks to a couple of months. While some PPs are numbered, others are not, and are identified by geographical landmarks.

There are over 65 PPs stretching from the Karakoram to Chumar.