The BRICS Tourism Ministers’ Meeting also highlighted the importance of strengthening cooperation in tourism in the areas of promoting responsible and sustainable tourism, investment in.. 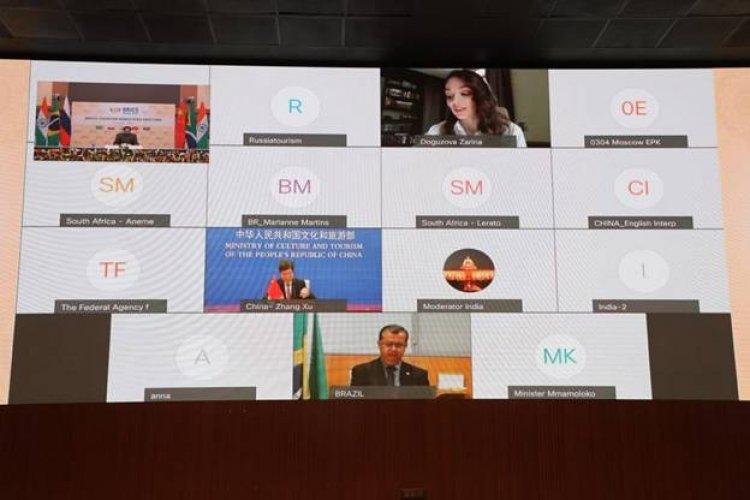 Minister for Tourism Shri G. Kishan Reddychaired the BRICS Tourism Ministers’ meeting on 13 July, 2021, as part of India’s BRICS chairship. The Ministers of all the member countries viz. Brazil, Russia, India, China and South Africa participated in the meeting.

The significant aspect of the meeting was the adoption of the Ministers’ Communique, an outcome document on cooperation and promotion of tourism between the BRICS countries.

The Ministers’ Communique recognized that the COVID-19 pandemic has severely endangered public health and has presented immense challenges to the implementation of sustainable development goals.

Tourism Minister Shri G Kishan Reddy stressed on the importance of the BRICS member States having a good understanding of each other’s tourism products and offerings so as to encourage further growth of tourist inflow between the BRICS member countries.

Further, to promote tourism for the future, it was recognized that the BRICS alliance for Green Tourism can accelerate the recovery and development of tourism on sustainable lines.

The BRICS Tourism Ministers’ Meeting also highlighted the importance of strengthening cooperation in tourism in the areas of promoting responsible and sustainable tourism, investment in tourism infrastructure, close interaction between tourism enterprises and human resource development.

The Ministers resolved to work together to realise the full potential of BRICS countries through cooperation in the tourism sector.

MHA: CBI to Inquire into the 2 Deaths of Ms. Rosy Sangma and sri Samuel Sangma

Taliban in Kabul: Turkey steps up efforts to prevent Afghan...