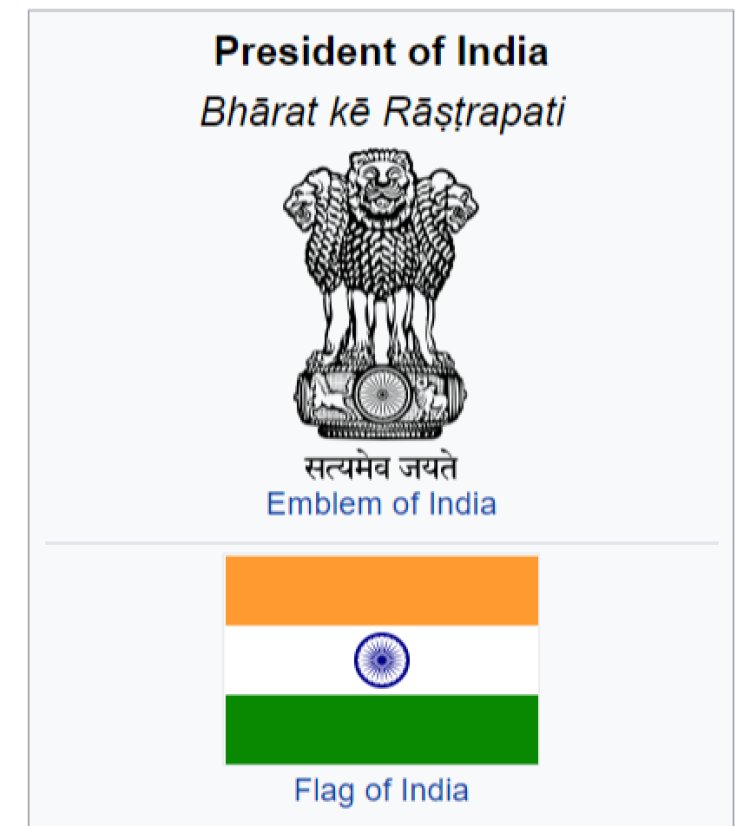 The president of India is the head of state of the Republic of India. The president is the nominal head of the executive, as well as the commander-in-chief of the Indian Armed Forces.

The office of president was created when India became a republic on 26 January 1950, when its constitution came into force.

The president is indirectly elected by an electoral college comprising both houses of the Parliament of India and the legislative assemblies of each of India's states and territories, who themselves are all directly elected.