Interesting facts about the First Amendment of Constitution of India

In 1951, as a result of all this, the Nehru administration made a provision limiting Article 19(1)(a) of Constitution of India against "abuse of freedom of speech and expression". This Amendment set the precedent of amending the Constitution to overcome judicial judgements impending fulfilment of the government's perceived responsibilities to particular policies and programmes.

The Constitution (First Amendment) Act, 1951, enacted in 1951, made several changes to the Fundamental Rights provisions of the Indian constitution. It provided means to restrict freedom of speech and expression, validation of zamindari abolition laws, and clarified that the right to equality does not bar the enactment of laws that provide "special consideration" for weaker sections of society.

The formal title of the amendment is the Constitution (First Amendment) Act, 1951. It was moved by the then Prime Minister of India, Jawaharlal Nehru, on 10 May 1951 and enacted by Parliament on 18 June 1951. This Amendment set the precedent of amending the Constitution to overcome judicial judgements impending fulfilment of the government's perceived responsibilities to particular policies and programmes.

In 1950, a weekly journal in English, Cross Roads, published by Romesh Thapar, was banned by Madras State for publishing views critical of Nehruvian policy.

Romesh Thapar then sued Madras State in the Supreme Court of India, leading to the landmark judgment in Romesh Thappar vs The State Of Madras on 26 May 1950. The tussle to censor media also continued when, in response to severe criticism in the press about its response to the refugee influx in West Bengal and extra-judicial killings of communist activists in Madras, the government felt the need to restrict media. In 1951, as a result of all this, the Nehru administration made a provision limiting Article 19(1)(a) of the Constitution of India against "abuse of freedom of speech and expression".

Some courts had held the citizen's right to freedom of speech and expression guaranteed by Article 19(1)(a) of the Constitution of India to be so comprehensive as not to render a person culpable even if he advocates murder and other crimes of violence.

The Congress government noted that in other countries with written constitutions, freedom of speech and of the press is not regarded as debarring the State from punishing or preventing abuse of this freedom.

The opposition disagreed, reminding parliament of the First Amendment to the United States Constitution where the State was barred from curbing fundamental freedom that formed the essence of democracy.

Furthermore, it warned that restricting Freedom of Speech would lead to abuse by The State and drastically impact the democratic freedom of citizens. The majority government of Congress ignored the opposition's concerns

Freedom of trade the first amendment of the constitution of India,

The right of citizens of India to practice any profession or to carry on any occupation, trade or business conferred by article 19(1)(g) is subject to reasonable restrictions which the laws of the State may impose "in the interests of the general public". While the words cited are comprehensive enough to cover any scheme of nationalisation, it was thought desirable to place the matter beyond doubt by a clarificatory addition to article 19(6)

The Parliament of India noted that validity of agrarian reform measures passed by the State Legislatures had, in spite of the provisions of clauses (4) and (6) of article 31, formed the subject matter of dilatory litigation, as a result of which the implementation of these important measures, affecting large numbers of people, had been held up. Accordingly, a new article 31A was introduced to uphold such measures in the future. Further, another new article 31B, with retrospective effect, was introduced to validate 13 enactments relating to zamindari abolition.

Equality in regards to the first amendment of the constitution of India,

It is laid down in Article 46 as a Directive Principle of State Policy that the State should promote with special care the educational and economic interests of the weaker sections of the people and protect them from social injustice. In order that any special provision that the State may make for the educational, economic or social advancement of any backward class of citizens may not be challenged on the ground of being discriminatory, article 15(3) was suitably amplified.

Background to the first amendment of the constitution of India,

Jawaharlal Nehru encouraged the Parliament of India to pass the amendment in response to the State of Madras v. Champakam Dorairajan, which went before the Madras High Court and then the Supreme Court of India. In that case, a Brahmin woman in Madras challenged the state's Communal General Order, which established caste quotas in government-supported medical and engineering schools, on the grounds that it denied her equality under the law; both courts had upheld her petition.

Debate on the first amendment of the constitution of India,

Syama Prasad Mookerjee opposed the amendment for curtailing freedom of speech expressly conceded that Parliament has the power to make the aforesaid amendment.

State of Madras vs Champakam Dorairajan - a Landmark Decision very IMP for UPSC...

THE CONSTITUTION OF INDIA -PART 8 Articles

THE CONSTITUTION OF INDIA ARTICLES IN PART 11 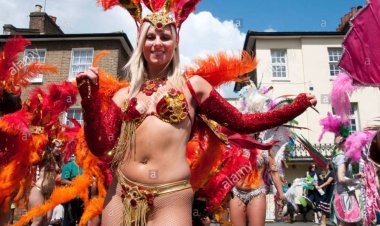 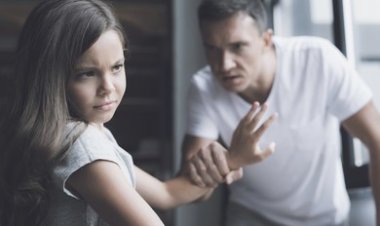