"Gopabandhu Das, a famous Odiya poet, became impatient to see the beauty of the march of colorful sights and sounds of Chilika lagoon while going by train. He asked the speeding train to stop for a moment so that he could enjoy the beauty. It is because of the beauty that arrests him much". 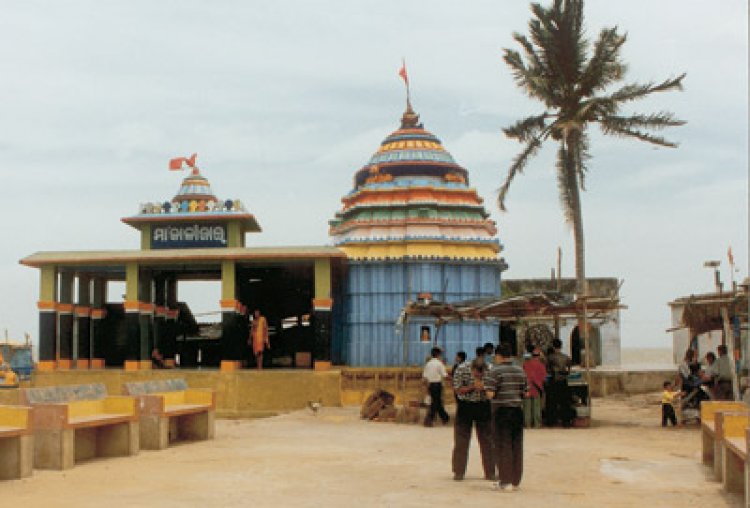 Legend and geology provide interesting contrasts in their versions of the history of Chilika. Legend reveals that the pirate King Raktabahhu came to ransack Puri with a huge fleet of ships. He anchored out of sight to avoid detection, but the sea washed up refuse from the ships to shore and warned the townspeople, who fled with all their possessions. Raktabahu thus found a deserted city when he finally arrived. Furious, he insisted that the sea had betrayed him and ordered his army to attack it. The sea entered the seabed in pursuit. Then it surged back, drowning the army and forming what is now Chilika lagoon. Many ancient texts mention the southern sector of Chilika as being a major harbor for maritime commerce, back in the days when the King of Kalinga was known as Lord of the Sea. Indeed, some rocks in the Southern sector are marked by a band of white formed by remains of coral (which are exclusively marine). This band is at a height of 8m above the current water level, a clear indication that the area was once marine, and the water much deeper than it is today.

Geological studies tell us that the coastline extended along the western shores of Chilika in the Pleistocene era, and that the entire northeastern region above Chilika was under the sea. Since then, the coastline has moved considerably eastward (Chatterjee and Goswami 1966). Similarly, the Konark temple, built on the seashore a few hundred years ago, is now over 3 km from the coast. Most lagoons seen today were formed as a result of a worldwide rise in sea levels over the last 6,000-8,000 years. There was a pause in the rise in sea levels about 7,000 years ago, when a sandy beach might have formed near the coast at the Southern sector, As the sea rose further, this sand beach grew gradually. It progressed seaward and to the northeast, to form what is now the spit of Chilika. A recent fossil from the southwestern edge of the spit has been dated to about 3,500-4,000 years ago, which is some indication of how long ago the lagoon was formed (Venkataratnam 1970). The growth of the spit at Chilika is supposed to be due to the abrupt change in the direction of the coast north of the lake, strong winds transferring sand to the shore, longshore drift, and the presence or absence of strong river and tidal currents in different areas (Bandyopandyay and Gopal 1991)

The spit of Chilika is constantly changing. The sand bar has been widening, and the position of the mouth constantly shifting, moving generally towards the northeast. The mouth was described as being about 1.5 km wide in 1780 and had decreased to half that within forty years (Hunter 1877). The mouth frequently gets choked up and has to be cut open artificially, often by the local fisherfolk, whose livelihood depends critically on maintaining access for the sea to enter Chilika. Meanwhile the former seabed that is now Chilika is being gradually silted up by the rivers running into it, converting, the lagoon into its present shallow state.

Chilika is an integral part of the culture of coastal Odisha. Almost 400 years ago, the saint poet Purshottam Das, a devotee of Lord Jagannath, wrote a poem about Lord Krishna dancing with a milkmaid called Maniki, who had come to sell curds on the banks of the Chilika. Even today, a village Manikagauda (gauda being the cowherd caste) stands on Chilika lagoon. More recently, the great Oriya poet, Radhanath Rai, fascinated by the beauty of the lagoon, wrote an epic poem 'Chilika" which is regarded as a masterpiece of descriptive geography. The freedom fighter Gopababdhu Das (know as "Odisha's Gandhi"), in his book "Bandir Atmakatha" ("Autobiography of a prisoner"), wrote eloquently about Chilika viewed from a train traveling along its banks in the 1920s.

When the British invaded Odisha from the south in 1803, the traitor Fateh Muhammed met them on the shores of Chilika. He showed them the eastern route, by which they managed to reach Puri undetected. In, return, Fateh Muhammed was given freehold of the areas of Malud and Parikud, most of which is today called Garh Krishnaprasad block.

The British and settlement for Odisha in 1897-98 recorded the exclusive enjoyment of fisheries in Chilika by the fishermen community. The fisheries of Chilika were part of the Zamindari estates of Khallikote, Parikud, Suna Bibi, Mirza Taher Baig and the Chaudhary families of Bhungarpur and the Khas mahal areas of Khurda, lying within the kingdoms of the Rajas of Parikud and Khallikote. The zamindars used to lease out the fisheries exclusively to the local fisherfolk. The British also started a Cooperative store in Balugaon in 1926 to provide fishing equipment to locals. In addition, the British constituted 25 Primary Fishermen Cooperatives during the Second World War (OFC undated). During these centuries of exclusive rights, fisherfolk evolved a complex system of partitioning the fisheries of Chilika amongst themselves. Several castes of fisherfolk developed a large array of fishing techniques, nets and gear. After the abolition of zamindari in 1953, traditional fishing areas continued to be leased out to cooperatives of local fishermen. As fishing (particularly prawn fishing) become increasingly remunerative, outside interests began entering the area. The leasing system broke down completely in 1991 when the Odisha government outlined leasing policy that would in essence have resulted in the auction of leases to the highest bidder. The cooperatives challenged the order in court, and the Odisha High Court directed the Government to make changes that would safeguard traditional fishermen's interests. However, no new lease have been issued to date. As a result, chaos reigns and the local people are being marginalized by powerful outsiders (Das 1993).

Recently the Government of Odisha have issued a notification banning the lease of Chilika for Culture fishery.

"Gopabandhu Das, a famous Odiya poet, became impatient to see the beauty of the march of colorful sights and sounds of Chilika lagoon while going by train. He asked the speeding train to stop for a moment so that he could enjoy the beauty. It is because of the beauty that arrests him much". []

["Gopabandhu Das, a famous Odiya poet, became impatient to see the beauty of the march of colorful sights and sounds of Chilika lagoon while going by train. He asked the speeding train to stop for a moment so that he could enjoy the beauty. It is because of the beauty that arrests him much".]