Ministry of Earth Science: Current Temperature Status and Warning for the next five days-  According to the National Weather Forecasting Centre of the India Meteorological Department (IMD): 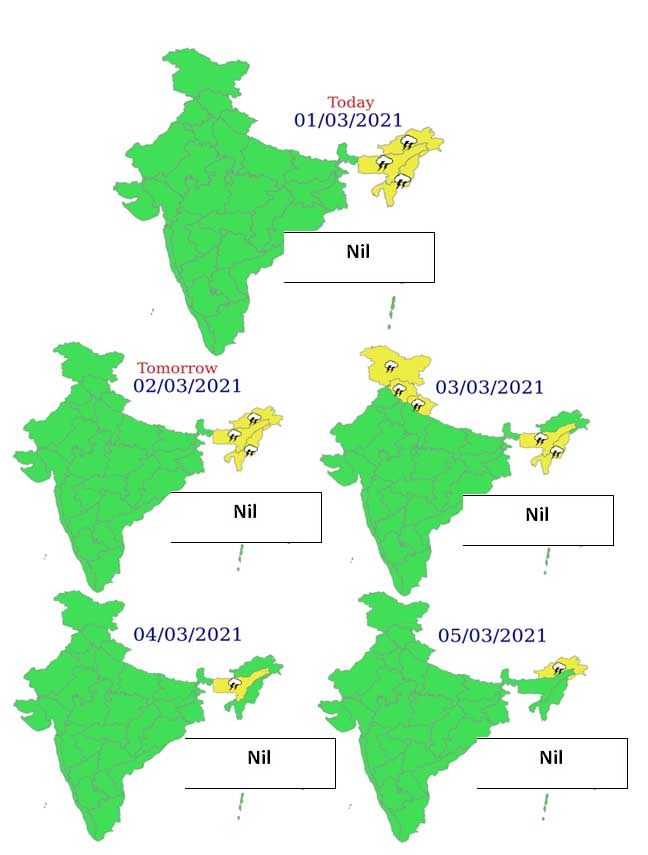 o     Temperatures recorded at 1430 hours IST of today have risen by 1-2°C at many places over Sub-Himalayan West Bengal & Sikkim and Assam &  Meghalaya; at a few places over Jammu & Kashmir and at isolated places over Punjab, West Rajasthan, Saurashtra & Kutch, Madhya Pradesh, Bihar, Jharkhand, Vidarbha, Tamilnadu and Odisha (Annexure 4).

Heat Wave Warnings for Next 5 Days (on next page)

o   It is likely to fall by 1-2°C over Northwest & adjoining Central India during the next 2 days (01st-03rd March). No significant change in maximum temperatures over the rest of parts of the country.

(For the significance of colour code, criteria and its Impact & action suggested for Heat Wave kindly refer to Annexure-5 at end of this document) 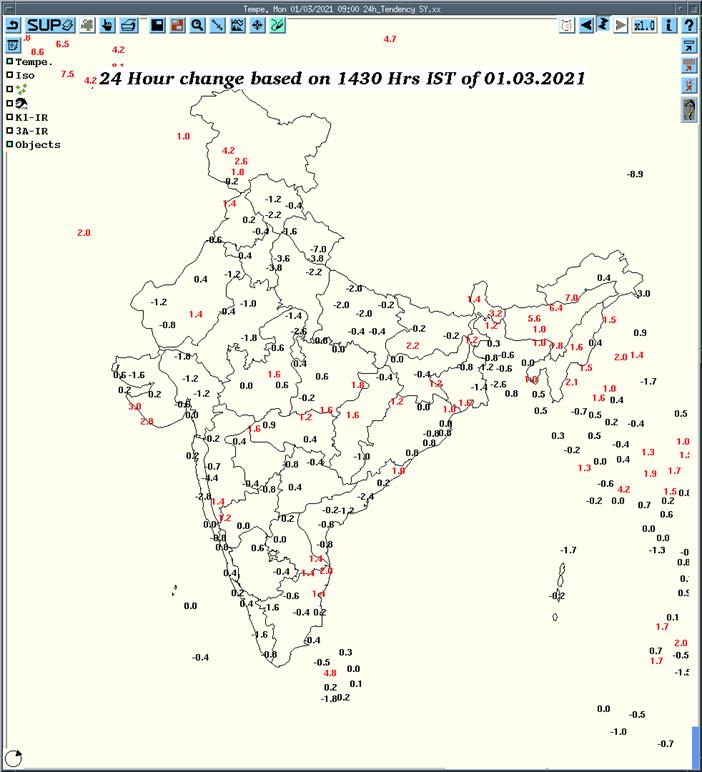 To declare heatwave, the above criteria should be met at least in 2 stations in a Meteorological sub-division for at least two consecutive days and it will be declared on the second day.