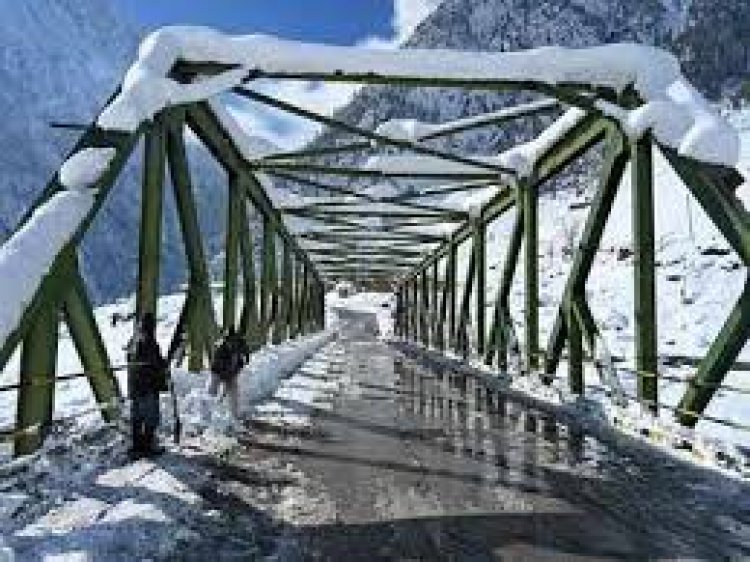 The new Director-General, Border Road Organisation (BRO), Lt General Rajeev Chaudhry today briefed Union Minister of State (Independent Charge) Development of North Eastern Region (DoNER), MoS PMO, Personnel, Public Grievances, Pensions, Atomic Energy and Space, Dr Jitendra Singh about the various ongoing and proposed road and bridge projects in Jammu & Kashmir and North East. In his presentation, Gen Choudhary said that Jammu & Kashmir had witnessed unprecedented progress in road and bridge construction in the last 5 to 6 years and about a dozen BRO bridges have come up in the single Lok Sabha constituency of Udhampur-Kathua-Doda itself, the notable among which are Atal Setu at Basohli and Devika Bridge at Udhampur.

The proposed Chattergala tunnel in Jammu & Kashmir will connect district Kathua with district Dodaenroute the new Highway via Basohli-Bani through Chattergalla to touch Bhaderwah and Doda. This is going to be a historic landmark project providing all-weather alternate road connectivity between the two distant regions and reducing the travel time from Doda to Lakhanpur on the Punjab border to just around four hours.

It was going to be a 6.8 Km long tunnel for which the Feasibility Survey has already been conducted by BRO. The tunnel is likely to take about 4 years for completion after the execution work starts and its construction cost is around Rs. 3,000 crore. It is going to be a revolutionary game-changer. This will not only generate revenue but also job generation.

Moreover, the all-weather road connectivity will bring ease of business, shorten the travel time and also provide a unique opportunity for places like Bani and Bhaderwah to emerge as tourist destinations of national repute.

Dr Jitendra Singh said, the demand for the tunnel at Chattergalla had been pending for several years, but somehow not taken up by earlier governments because of their different priorities.

The other important BRO projects that came up during the review meeting included the construction of roads and bridges in different hilly and difficult terrains of Jammu & Kashmir.

Ease your Stress on Sunday at Home and at your Choice