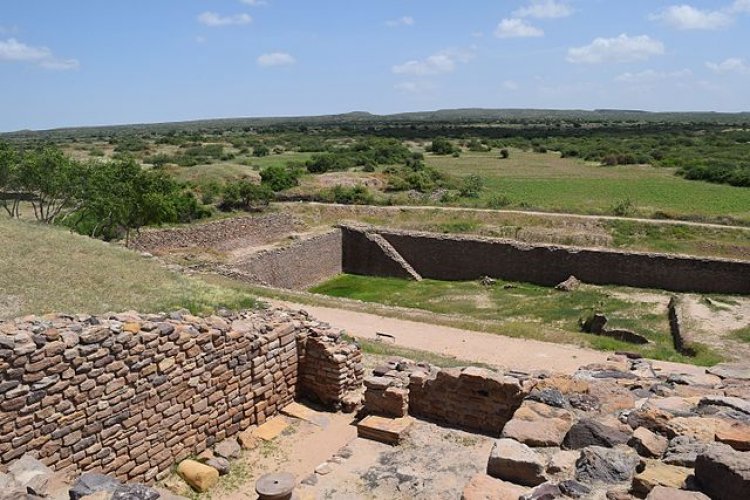 Recently, UNESCO has announced the Harappan city of Dholavira in Gujarat as India’s 40th world heritage site.It is the first site of Indus Valley Civilisation (IVC) in India to be included on the UNESCO list. It was discovered in 1968 by archaeologist Jagat Pati Joshi.

It is one of the most remarkable and well-preserved urban settlements in South Asia. The ancient city of Dholavira is an archaeological site at Kachchh District, in the state of Gujarat, which dates from the 3rd to mid-2nd millennium BCE.

It is located on Khadir bet island in the Kachchh Desert Wildlife Sanctuary in the Great Rann of Kachchh. Dholavira’s location is on the Tropic of Cancer.

Unlike other Harappan antecedent towns normally located near rivers and perennial sources of water, the location of Dholavira in the island of Khadir bet. This facilitated internal as well as external trade to the Magan (modern Oman peninsula) and Mesopotamian regions.

After Mohenjo-Daro,  Harappa, Rakhigarhi, Ganweriwala, Dholavira is the fifth largest metropolis of the Indus Valley Civilization (IVC). The site has a walled city, a castle, a ceremonial ground (cemetery), two seasonal streams and houses of different categories indicating a social hierarchy.

The three-stage settlement in Dholavira ( citadel- middle town & lower town) was designed for different categories of residents and purposes. There was a castle for an important person, while the middle town housed rich merchants and generals and the lower town was for the common people.

A series of reservoirs are found to the east and south of the Citadel. Dholavira consists of an efficient water management system with a cascading system of reservoirs.

It was also a hub of manufacturing jewellery made of shells and semi-precious stones, like agate and used to export timber. Unlike graves at other IVC sites, no mortal remains of humans have been discovered at Dholavira.

Nine gates with unique designs including a north gate that had a signboard, a first of its kind found at Harappan site. The funerary architecture featuring tumulus — hemispherical structures like the Buddhist Stupas.

The decline of Dholavira: Dholavira entered a phase of severe aridity due to climate change and rivers like Saraswati drying up. Due to a drought-like situation, people started migrating towards the Ganges valley or towards south Gujarat and further beyond in Maharashtra.