The term mangrove comes to English from Spanish (perhaps by way of Portuguese) and is likely to originate from Guarani. It was earlier mangrow (from Portuguese mangue or Spanish mangle), but this word was corrupted via folk etymology influence of the word grove. It could possibly also come from Spanish directly from Taíno (mangle). 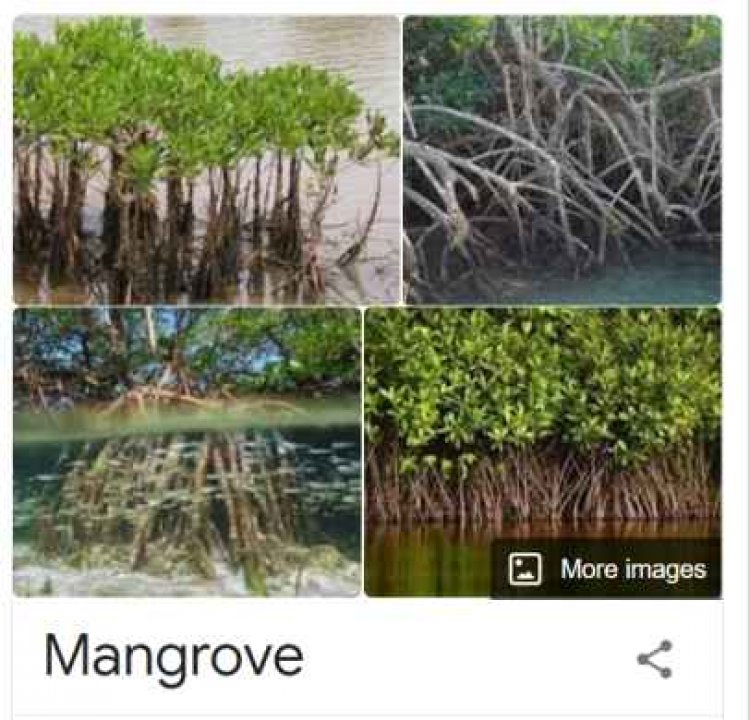 A mangrove is a shrub or small tree that grows in coastal saline or brackish water. The term is also used for tropical coastal vegetation consisting of such species.

Mangroves occur worldwide in the tropics and subtropics, mainly between latitudes 30° N and 30° S, with the greatest mangrove area within 5° of the equator.

The total mangrove forest area of the world in 2000 was 137,800 km2 (53,200 sq mi), spanning 118 countries and territories. Mangroves are salt-tolerant trees, also called halophytes, and are adapted to live in harsh coastal conditions.

They contain a complex salt filtration system and complex root system to cope with salt water immersion and wave action. They are adapted to the low-oxygen conditions of waterlogged mud.

The word "mangrove" is used in at least three senses:

The saline conditions tolerated by various mangrove species range from brackish water, through pure seawater (3 to 4% salinity), to water concentrated by evaporation to over twice the salinity of ocean seawater (up to 9% salinity).