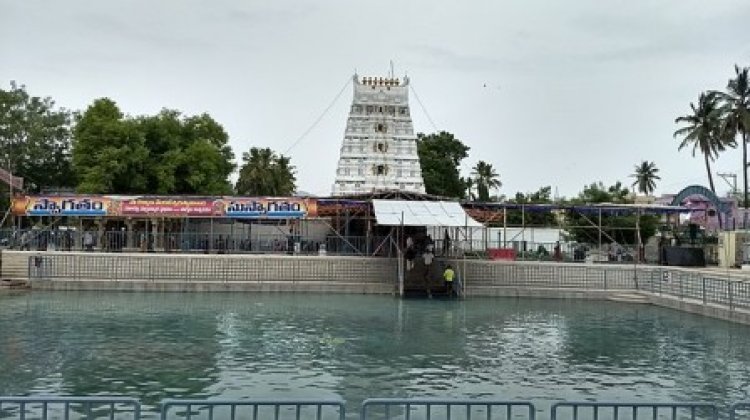 The ancient temple of Sri Kalyana Venkateswara Swamy is located in Srinivasa Mangapuram, about 12 km to West Tirupati in Chittoor district.

This ancient temple which is under the control of Archaeological Survey of India (ASI) is maintained by Tirumala Tirupati Devasthanams since 1967 and utsavams and rituals in this temple are being performed since 1981.

Check the following website with TTD Official before bookings/payments.

You can book for Seva well in advance through tirupatibalaji.ap.gov.in
Click here to view Temple Program

TEMPLE LEGEND
After celebrating His marriage with Goddess Padmavathi, Lord Venkateswara did not return to Tirumala hills. But instead, he visited the sage Agasthya's ashram to seek blessings. Over the wish of sage Agastya, Lord Venkateswara along with His consort stayed at his humble ashram which has now become the famous temple. The divine couple stayed here for six months.

While returning to the Tirumala temple, Lord Venkateswara blessed the place with two boons-.

1. The newlyweds and elderly who are not able to visit Tirumala can get the same benefits through visiting Sri Kalyana Venkateswara Swamy Temple.

2. A devotee who takes part in the Kalyana utsasvam and ties a ‘kaappu’ on their hand, can find their best, most beloved life-partner or find new happiness from their existing relationship.