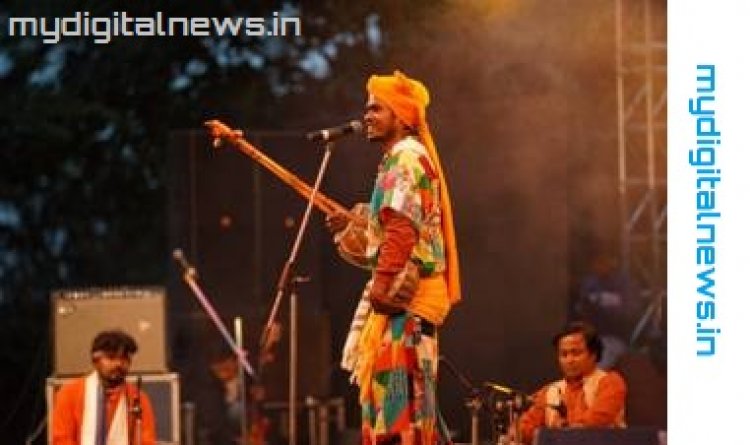 The three day Cultural Festival of the 11thRashtriyaSanskriti Mahotsav-2021 at Raj Bhawan, Darjeeling concluded yesterday with a magnificent closing ceremony.  Governor of West Bengal, Shri. Jagdeep Dhankhar, Member of Parliament, from Darjeeling and Member of Legislative Assembly were present at the closing ceremony. 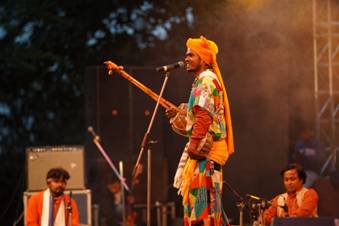 On this occasion, the governor appreciated the efforts of all the officials of the Ministry of Culture, artisans, artists & organizers behind this magnificent program arranged at the Raj Bhawan Darjeeling for the first time. 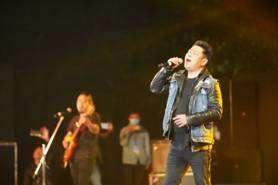 Other than the performances, last day at Darjeeling witnessed people visiting the stalls put-up by craftsmen from the seven Zonal Cultural Centres. Famous Baul singer, Anuttam Das Baul, performed on this occasion. Bodo cultural dance performed by Konkoti Bodo Kristi Afat& Yak dance by SanyuktaKalakarManch were also some of the other attractions. Besides this ‘Vividha’ Kathak choreography by SamskritikiShreyaskar& finale by Mantra, Nepali Rock Band enthralled the local audience. There was a huge crowd who witnessed and enjoyed the programme. Visitors toured the craft stalls, interacted with the artisans and shopped several products. The Visitors also enjoyed the creative ambience and took photographs with all the artistic installations. 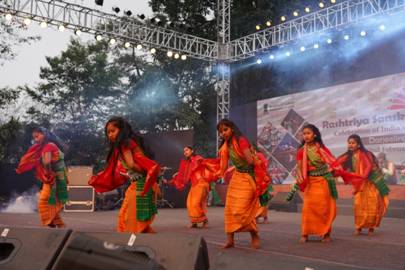 Union Minister of State for Culture & Tourism (Independent Charge) Shri Prahlad Singh Patel inaugurated the three days Mahotsav on 22nd February 2021 in Darjeeling. He highlighted the importance of Culture for the youth and how it can engage gainfully the young artists from various areas including rural areas.

Rashtriya Sanskriti Mahotsav, the flagship festival of the Culture Ministry has been organized since 2015 with the active participation of Seven Zonal Culture Centres and has been playing a pivotal role to take the vibrant culture of India out to the masses instead of confining to auditoria and galleries. It has been instrumental in showcasing, folk and tribal art, dance, music, cuisines & culture of one state in other states reinforcing the cherished goal of “Ek Bharat Shreshtha Bharat” and at the same time providing an effective platform to the artists and artisans to support their livelihood. Earlier RashtriyaSanskritik Mahotsavhave has been held till date since November 2015 in various states and cities such as Delhi, Varanasi, Bengaluru, Tawang, Gujarat, Karnataka, Tehri and Madhya Pradesh.

Everything You Need To Know About IREDA To Support TANGEDCO...

Getting Tired of Asaduddin Owaisi? 10 Sources of Inspiration...