As the concepts of globalization, privatization and industrialization along with the development have been growing the practice of public relations has also been increasing at a faster rate and now assumed the size of multi billion dollar sector. This profession is being used to help managements in designing policies and implementing them effectively. The field has grown into an academic and research discipline also. Because of rapid changes across the world the goals and objectives are also changing to suit the needs of the society. 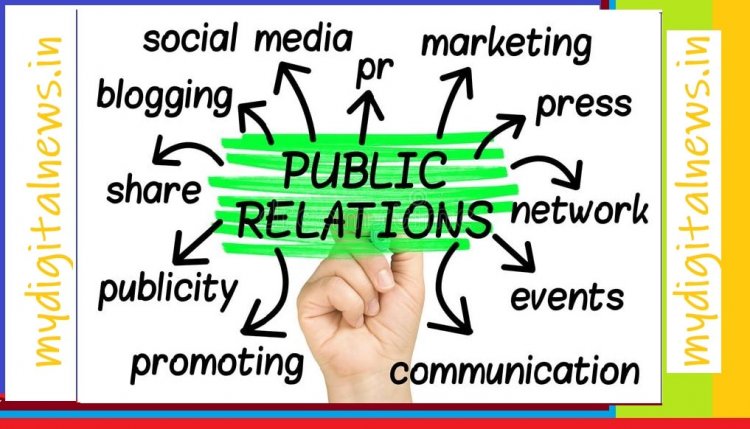 There have been many attempts to capture the essence of public relations. The 1978 World Assembly of Public Relations Associations in Mexico agreed that public relations are "the art and social science of analyzing trends, predicting their consequences, counselling organisation.

leaders and implementing planned programmes of action which will serve both the organizations and the public interest. The words 'art' and 'social science' are helpful in explaining the continuing tension between understanding PR as a measurable, science-based application of communication tools and the affection of many practitioners for the looser, more creative, aspects of the work. It is important, however, to stress that public relations are not about dealing with 'the public' as people often think.

In PR we say there is no such thing as the public. There are instead many different groups of people - not just consumers, but suppliers, employees, trustees, members, local and national trade and political bodies, local residents, among many others. One of the key concepts of PR is the idea that these groups or publics have different information needs and exert different demands on organisations.

Understanding these differences is a vital skill of PR. The definition framed by the Institute of Public Relations (IPR) UK's leading professional body for public relations practitioners in 1987 is still useful. Public Relations are the planned and sustained effort to establish and maintain goodwill and understanding between an organization and its publics. Many think that PR is just about promoting an organization, whereas most PR work involves ensuring publics have an accurate view of the organization, even if they don't like what it does.

There is not a single definition for Public Relations, as it means different things for different people. The following definition would give an idea for public relations and the scope of its operations. In the early 1900s it was defined as "a management function which tabulates public attitudes, defines the policies, procedures and interests of an organization, followed by executing a program of action to earn public understanding and acceptance."

From the business point of view, Public Relations can be defined as "the presentation of an organization and its activities to target audiences with the goal of gaining awareness and understanding, influencing public opinion, generating support, and developing trust and cooperation." The basic purpose of Public Relations and Public Relations Techniques is, more or less, the same in all sectors, viz.

Government, Public and Private Concerns and other Institutions. Nevertheless, there are certain aspects of public relations that are peculiar to a given class of organizations.

Philip Kitchen summarizes the definitions as suggesting that public relations:

1. Is a management function.

2. Cover a broad range of activities and purposes in practice.

3. Is regarded as two-way or interactive communication.

4. Suggest that publics facing companies are not singular (i.e. consumers) but plural.

5. Suggest that relationships are long term rather than short term.

Wilcox et al. suggest that the following additional elements are also common to the various definitions:

1. Deliberate: Public relations are intentional, but not hazardous.

2. Planned: It is organized, not short term.

3. Performance: Public relations cannot be effective unless it is based on the actual performance of an organization.

4. Public Interest: This reinforces the idea that public relations should be beneficial to the organization and to the general public.

What is public relations according to scholars? Public relations is the practice of understanding the purpose of an organization and its relationships within society. It is the planned and sustained activity of engagement between these two parties to influence behavior change, and build mutual understanding and trust.