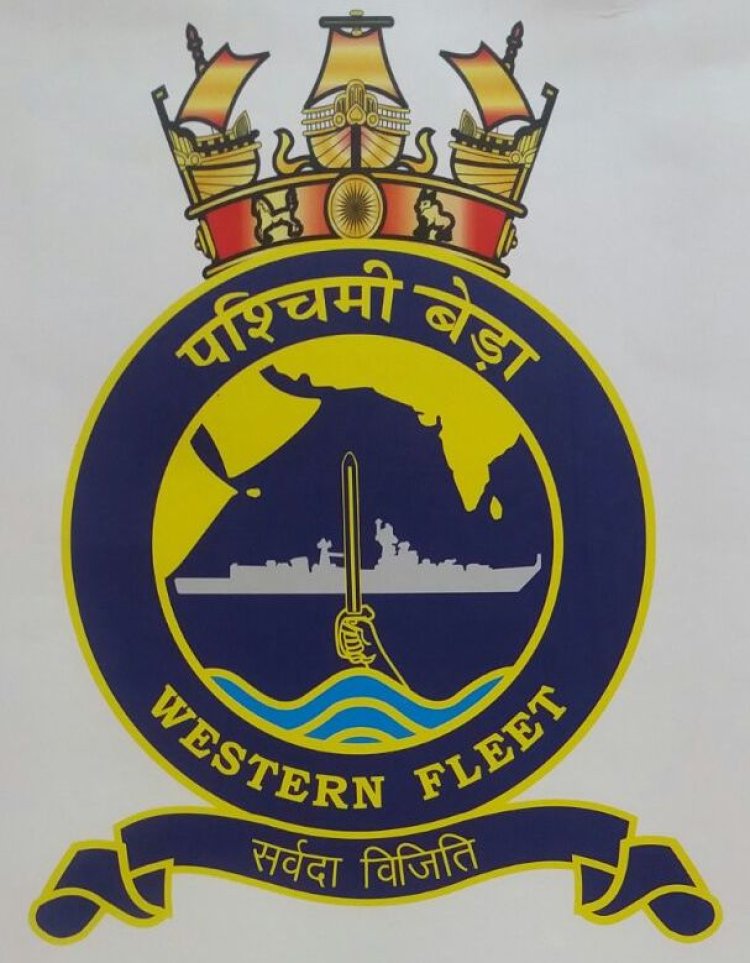 On 4 December, the fleet successfully executed Operation Trident, a devastating attack on the Pakistan Naval Headquarters at Karachi that sank a minesweeper, a destroyer and an ammunition supply ship.

The attack also irreparably damaged another destroyer and oil storage tanks at the Karachi port.

To commemorate this, 4 December is celebrated as Navy Day. This was followed by Operation Python on 8 December 1971, further deprecating the Pakistan Navy's capabilities.

In the war, The Indian frigate INS Khukri, commanded by Captain Mahendra Nath Mulla, MVC was sunk by PNS Hangor, while INS Kirpan was damaged on the west coast.

Kargil War and The Western Fleet

The Indian Navy launched Operation Talwar on 25 May 1999. The entire Western Fleet had sailed from Mumbai to the North Arabian Sea to increase surveillance and adopt a deterrent posture.

Elements of the Eastern Fleet joined the Western Fleet in the Arabian Sea later. The joint Western and Eastern Fleets blockaded the Pakistani ports (primarily the Karachi port). They began aggressive patrols and threatened to cut Pakistan's sea trade.

This exploited Pakistan's dependence on sea-based oil and trade flows. Later, then-Prime Minister of Pakistan, Nawaz Sharif disclosed that Pakistan was left with just six days of fuel to sustain itself if a full-scale war had broken out.

The Fleet Commander is titled Flag Officer Commanding Western Fleet (FOCWF). The appointment has been known by several titles since 1947:

Roots Analysis has announced the addition of “DNA and Gene Cloning Services Market,...