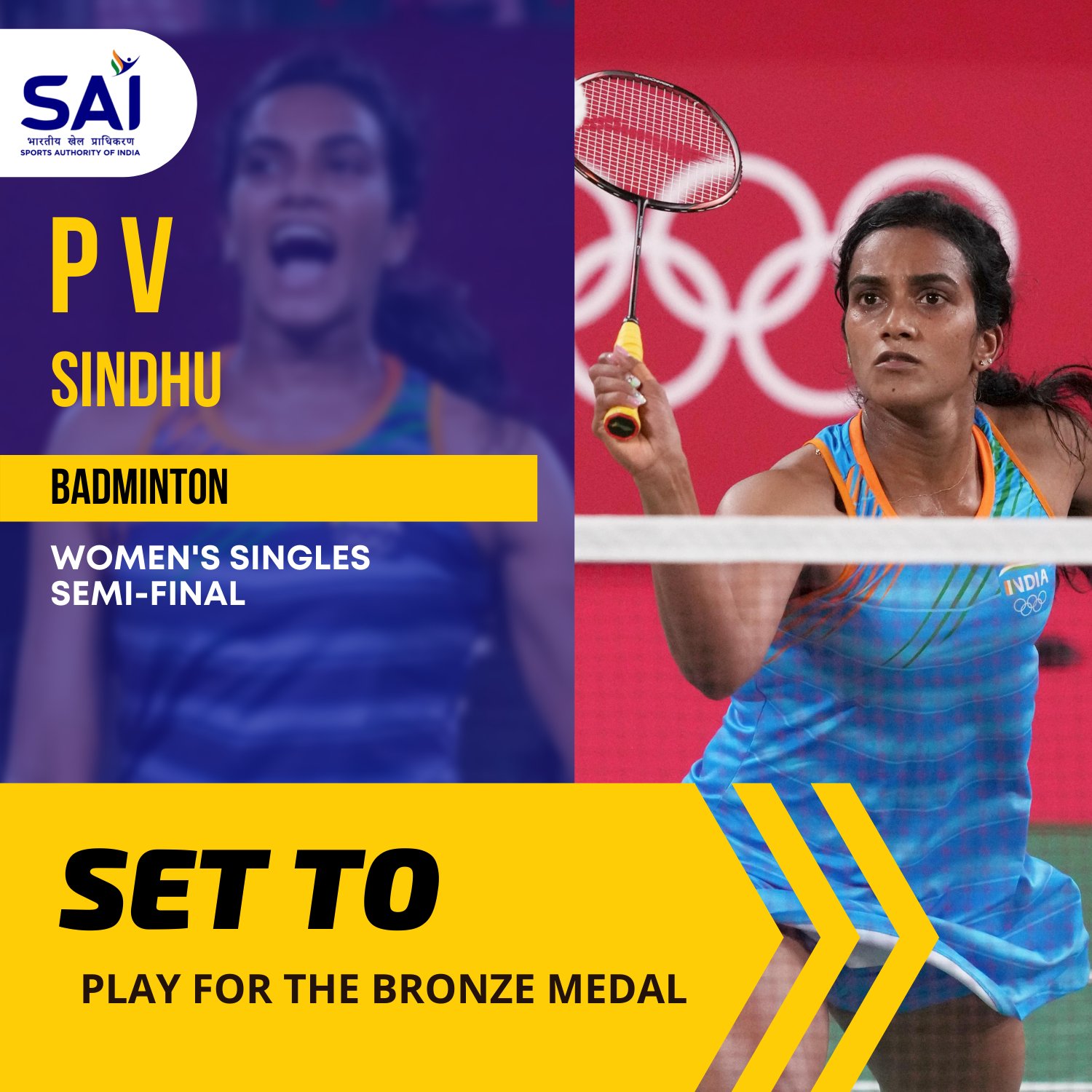 PV Sindhu loses to world number one Tai Tzu-Ying in straight sets in the semi-finals
Sindhu lost 18-21, 12-21 to Taipei's Tzu-Ying in the women's badminton singles semi-final on Saturday. Sindhu will now face China's He Bing Jiao in the bronze-medal match on Sunday.

Sindhu was hotly-tipped to win gold in Tokyo, but faced a tough opponent in world number one Tai Tzu-Ying

"Not the result we hoped for but the World No. 1 Tai Tzu Ying was just too good on the day. Sindhu needs to quickly get over this and focus on the Bronze Medal match". Said by Sri : Digvijay Singh Deo

When TTY and Marin are on their game, only they stand a chance against each other. Sindhu tried but TTY found her rhythm and from that point on, the Indian was just a spectator. It is just a reality we all have to live with.