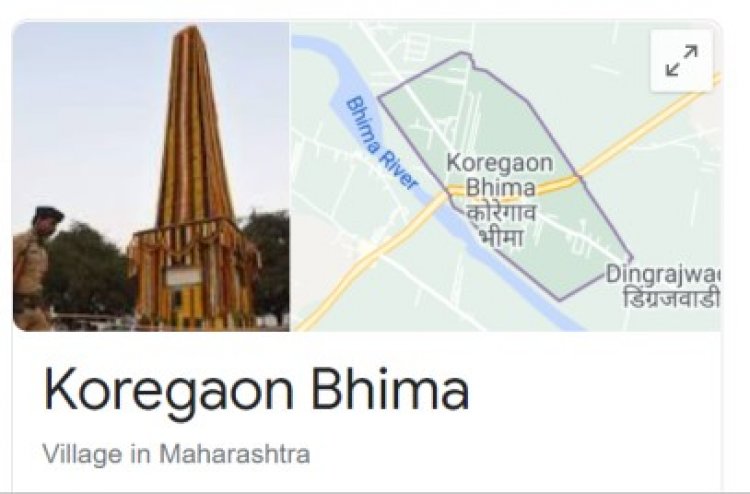 The Battle of Koregaon took place on 1 January 1818 between the army of Peshwa Baji Rao II and an East India Company forces, mainly Mahars. The Peshwa, with some 28,000 troops encamped at Phulgaon nearby, dispatched about 2000 of his soldiers to attack the Company force of some 800.

The Company troops successfully defended themselves against the attack, and the Peshwa withdrew at night fearing the arrival of a larger British force. After the British victory in the War, the Company commissioned a victory obelisk in Koregaon to commemorate its fallen soldiers. 22 of the 49 names of the slain soldiers on the pillar are that of the Mahar caste.

Today the Mahars who were formerly considered untouchable, regard it as a symbol of their victory over the high-caste Peshwa and gather in large numbers at the site on the anniversary of the battle. This battle has attained legendary status in Dalit history. The Dalits who follow BR Ambedkar view this battle as a victory of Mahars over the injustice and torture meted out to them by the Brahminical Peshwas.