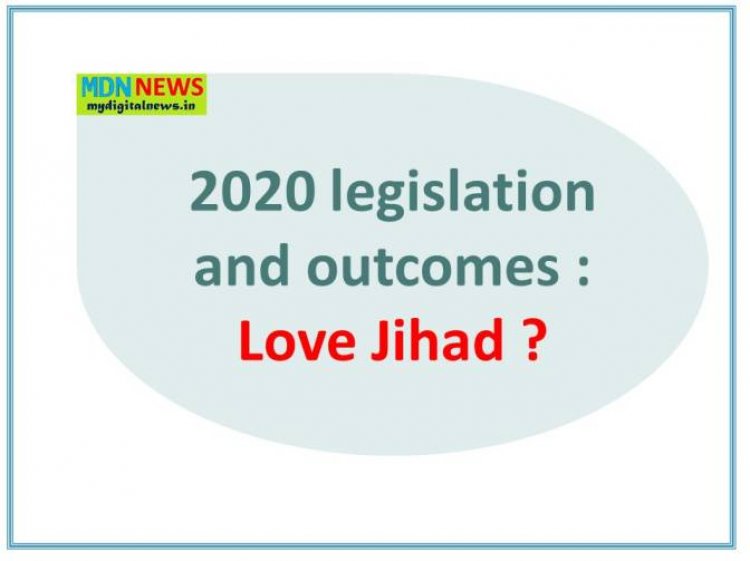 In the circular (dated 15 January 2020) that was read out in churches on Sunday, it is stated that Christian women are being targeted under a conspiracy through inter-religious relationships, which often grow as a threat to religious harmony. "Christian women from Kerala are even being recruited to Islamic State through this," the circular read.

Further, Kerala Catholic Bishops Conference's (KCBC) Commission for Social Harmony and Vigilance, claimed that there were 4,000 instances of "love jihad" between 2005 and 2012. On 27 September 2020, protests erupted in India when a graphic video showing a young Muslim man gunning down a 21-year-old Hindu woman in broad daylight outside her college campus went viral.

The family of the girl, who was shot dead by a jilted lover and his associate outside her college in Faridabad, Haryana, echoed the "love jihad" conspiracy theory, saying that she was forced to convert and marry the accused. Many BJP-ruled states, such as Uttar Pradesh, Madhya Pradesh, Haryana and Karnataka, then began mulling over laws designed to prevent "forcible conversions" through marriage, commonly referred to as "love jihad" laws.

In September 2020, Uttar Pradesh Chief Minister Yogi Adityanath asked his government to come up with a strategy to prevent "religious conversions in the name of love". On 31 October, he announced that a law to curb "love jihad" would be passed by his government.

The law in Uttar Pradesh, which also includes provisions against "unlawful religious conversion," declares a marriage null and void if the sole intention was to "change a girl's religion" and both it and the one in Madhya Pradesh imposed sentences of up to 10 years in prison for those who broke the law.

The ordinance came into effect on 28 November 2020 as the Prohibition of Unlawful Religious Conversion Ordinance. In December 2020, Madhya Pradesh approved an anti-conversion law similar to the Uttar Pradesh one. As of 25 November 2020, Haryana and Karnataka were still in discussion over similar ordinances.

In April 2021, the Gujarat Assembly amended the Freedom of Religion Act, 2003, bringing in stringent provisions against forcible conversion through marriage or allurement, with the intention of targeting "love jihad".

President Cyril Ramaphosa : violence that has rocked the country was pre-planned,...

Indian Navy: The starting and First things after independence