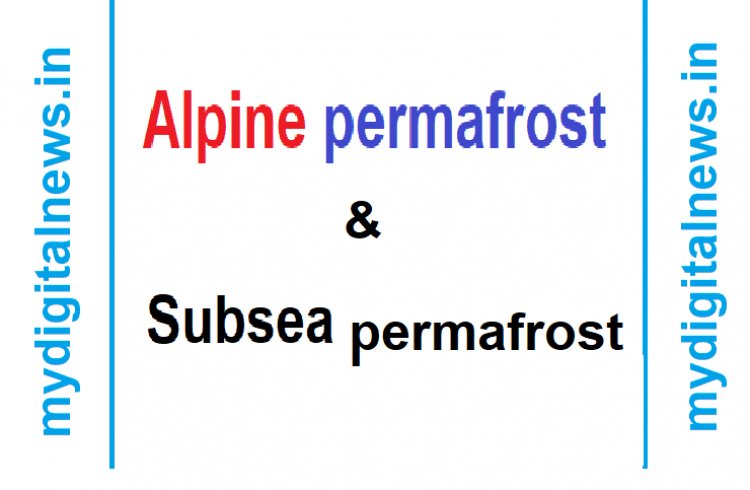 Alpine permafrost in the Andes has not been mapped. Its extent has been modelled to assess the amount of water bound up in these areas. In 2009, a researcher from Alaska found permafrost at the 4,700 m (15,400 ft) level on Africa's highest peak, Mount Kilimanjaro, approximately 3° south of the equator.

Subsea permafrost occurs beneath the seabed and exists in the continental shelves of the polar regions. These areas formed during the last ice age, when a larger portion of Earth's water was bound up in ice sheets on land and when sea levels were low. As the ice sheets melted to again become seawater, the permafrost became submerged shelves under relatively warm and salty boundary conditions, compared to surface permafrost. Therefore, subsea permafrost exists in conditions that lead to its diminishment. According to Osterkamp, subsea permafrost is a factor in the "design, construction, and operation of coastal facilities, structures founded on the seabed, artificial islands, sub-sea pipelines, and wells drilled for exploration and production." It also contains gas hydrates in places, which are a "potential abundant source of energy" but may also destabilize as subsea permafrost warms and thaws, producing large amounts of methane gas, which is a potent greenhouse gas.