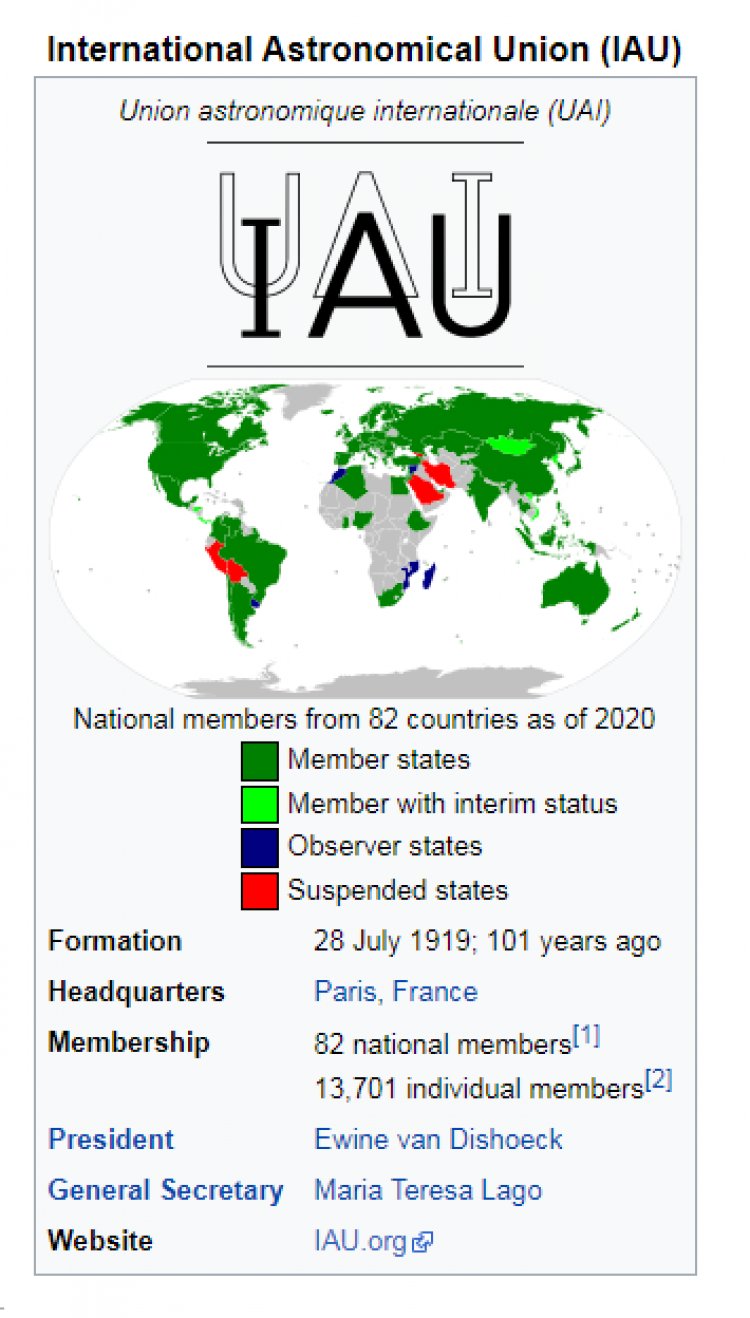 The year 2009 will forever be remembered as the International Year of Astronomy, at least by us astronomers and by the millions who made acquaintance with astronomy this year. But there is more: in 2009 we celebrate also the 90th anniversary of the IAU. Past-president Adriaan Blaauw writes in his book History of the IAU. Birth and First Half-Century of the International Astronomical Union (Kluwer, 1994): (p. 1) ".... The IAU was born during the Constitutive Assembly of the International Research Council (IRC) from July 18 to 28, 1919 in the Palais des Académies at Brussels. ...". Blaauw continues: (p.2) " ... .

At this Constitutive Assembly of the IRC, the constitution of the IAU was the subject of extensive discussions, leading to the adoption of its Statutes on 26 July [1919]. As the Statutes of the IRC itself were formally adopted only on the closing day of the Assembly, we consider this as the date of the creation of the IAU: July 28, 1919. ...". Therefore, we may rightfully celebrate the 90th anniversary of the IAU on 28 July 2009.

In addition, Blaauw writes: (p. 205)".... As one of the first measures, the new [12th and 13th] General Secretary, Donald Sadler, introduced [in 1958] the IAU Information Bulletin in its present form. Previously, the Secretariat had issued general information in IAU Circulars. New running numbers were introduced: IB No.1 appeared in June 1959, (...) they would appear more or less regularly halfway and at the end of the year; thus Secretary Sadler and his successors kept the astronomical community well informed on IAU matters. ...".

Therefore, we celebrate this year also the 50th anniversary of the IAU Information Bulletin. To mark the occasion of the 100th IAU IB, twelve past General Secretaries contributed their personal secretarial recollections in IB 100. In IB 104, to coincide with the 90th anniversary of the IAU, six past Presidents wrote their personal presidential recollections.

To characterize the history of the IAU here in a few lines is not feasible. It may suffice to emphasize that to date, the IAU organized 26 IAU General Assemblies, 200 IAU Colloquia, 261 IAU Symposia, 23 Regional IAU Meetings, 30 IAU International Schools for Young Astronomers, and numerous other activities with its 12 IAU Divisions, 40 IAU Commissions and 75 IAU Working Groups — ample evidence that the IAU is pursuing its mission to promote and safeguard the science of astronomy in all its aspects through international cooperation. At the present time, the IAU is gearing up for its XXVII General Assembly, 3-14 August in Rio de Janeiro, Brazil. To date over 2000 participants have registered. The Brazilian NOC and the IAU Secretariat are working full steam to receive those participants and guests from countries around the world and offer them a scientifically rewarding General Assembly. At the General Assembly, the IAU will welcome its 1000 th member.

The IAU will continue to facilitate cooperation in both science and education. As to the latter, the IAU Strategic Plan 2010 - 2020. Astronomy for the Developing World (see the document), emphasizes that astronomy is a unique discipline for helping with capacity building in developing nations and shows that the teaching of astronomy is a key element in raising awareness and interest in basic sciences.

The fireworks in celebration of the 100th anniversary of the IAU on 28 July 2019 are still below the horizon. But one thing is certain: in the coming decade, the science of astronomy will develop and flourish beyond our wildest dreams, as it did in each of the past nine decades.