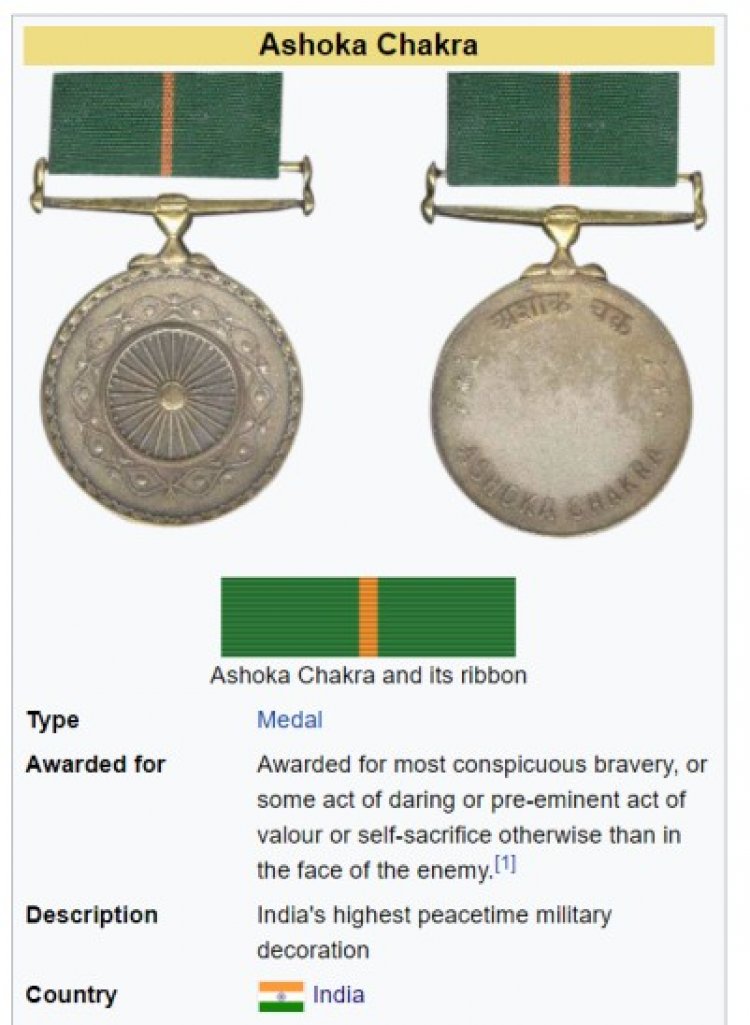 The Ashoka Chakra (alternative spelling: Ashok Chakra) is India's highest peacetime military decoration awarded for valour, courageous action or self-sacrifice away from the battlefield. It is the peacetime equivalent of the Param Vir Chakra (PVC), and is awarded for the "most conspicuous bravery or some daring or pre-eminent valour or self-sacrifice" other than in the face of the enemy.

The decoration may be awarded either to military or civilian personnel. Naik Narbahadur Thapa, Havildar Bachittar Singh and Flight Lieutenant Suhas Biswas were the first recipients of the Ashoka Chakra.

Subsequent awards of the Ashoka Chakra are recognized by a bar to the medal ribbon. A recipient can be awarded the Kirti Chakra or Shaurya Chakra in addition for separate acts of gallantry. The medal was originally established on 4 January 1952 as the "Ashoka Chakra, Class I" as the first step of a three-class sequence of non-combatant bravery decorations. In 1967, these decorations were removed from the "class-based" system and renamed as the Ashoka Chakra, Kirti Chakra, and Shaurya Chakra.

This is an important point in understanding the independent Indian view of decorations. It would also lead to changes in the Padma Vibhushan series, the distinguished service medal series, the life-saving medal series, and the Defence Security Corps medal series.

From 1 February 1999, the central government instituted a monthly stipend for Ashoka Chakra recipients of Rs. 1400. Jammu and Kashmir awarded a cash award of Rs. 1500 for recipients of this award.

Obverse: Circular gold gilt, 1-3/8 inches in diameter. In the centre, the chakra (wheel) of Ashoka, surrounded by a lotus wreath and with an ornate edge. Suspended by a straight bar suspender.

The medal is named on the edge. Reverse: Blank in the centre, with "Ashoka Chakra" in Hindi along the upper edge on the medal and the same name in English along the lower rim. On either side is a lotus design.

The centre is blank, perhaps with the intent that details of the award be engraved there. There is no indication of the class on the pre-1967 awards, and, in fact, there is no difference between these medals & the post-1967 awards. Ribbon: 32 mm, dark green with a 2 mm central saffron stripe.

Un Known Facts About Baltic Way - a look back into history... 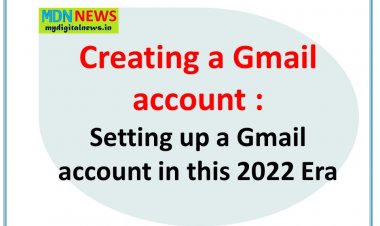